Hansel & Gretel: Kelly of Sewing in No Mans Land 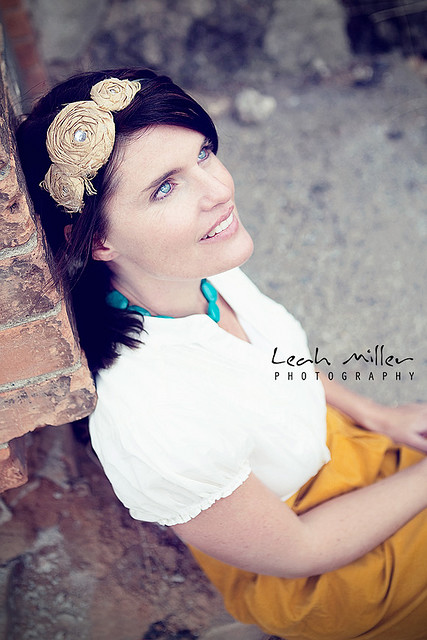 I first "met" Kelly a short few weeks ago when I found out we would be on Project Run and Play together.  Week after week I was impressed with her designs and quickly asked if she would join Once Upon a Thread!  I feel like we've known each other forever since we endured to the end together [along with Ashley of Lil Blue Boo, who we will be hearing from next week!] 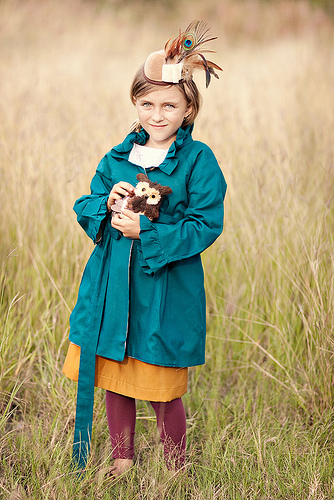 photo by Kelly
Kelly not only impresses me with her sewing and designing skills, but she is also a professional photographer, so she showcases each of her creations beautifully on her blog, Sewing in No Mans Land.  And did I mention she is in Timor right now and has no access to a local craft/sewing store, so she has learned to get creative with what she has laying around or what she gets sent via mail.  She just found out that their next living arrangement will be in Paris!  Maybe she'll need a new blog title? ;)  Please welcome Kelly!
* * *
Hi friends! Kelly here from Sewing In No Mans Land. I am so thrilled to be taking part in Once Upon A Thread! Doesn't Katy have the most fabulously original ideas? The projects so far have been uh-mazing and I am a bit intimated :) While most everyone chose a story that they loved, I chose one that as a child kinda scared and intrigued me. Yeah, I am a bit odd I suppose. But when I was young I was fascinated with Hansel and Gretel! While I wish I could say I made a Hansel AND Gretel outfit, this time I only made Gretel's (just imagine Hansel is off screen in all the shots, he's a bit of a slow-poke). I decided to ignore the terrifying details Brothers Grimm included in the story (like their parents abandoning them in the forest) and thought I'd lighten it up a bit for a younger crowd. I wanted my little Gretel's outfit to have a bavarian/ retro feel to it, hence the big lace lined sleeves. This project was a fun change for me becuase I used a pattern! (something I usually make up on my own) I used a vintage Simplicity Pattern (number 7602) sent to me by a reader, except I tweaked a few things to make it easier to get on and off. I added the headkerchief because when you think Gretel you of course think of headkerchief's! I used some soft organic pink cotton for the main "dress" and bloomers, and a fun vintage fabric I have had for years for the apron. Her boots are the "Gretel" boots from Joyfolie. Thankfully we live in a country where every where you look are random goats tide up grassing ha! For more hilarious outtakes with the goat hop on over to Sewing In No Mans Land. Thank you soooo much Katy for including me and all your hard work!!!

* * *
Isn't that simply apropos for Gretel?  I love it!
I hope to see the Hansel version, maybe in Paris?
Thank you, Kelly!

Email ThisBlogThis!Share to TwitterShare to FacebookShare to Pinterest
Randomly Filed under guest blogger, Once upon a thread '11