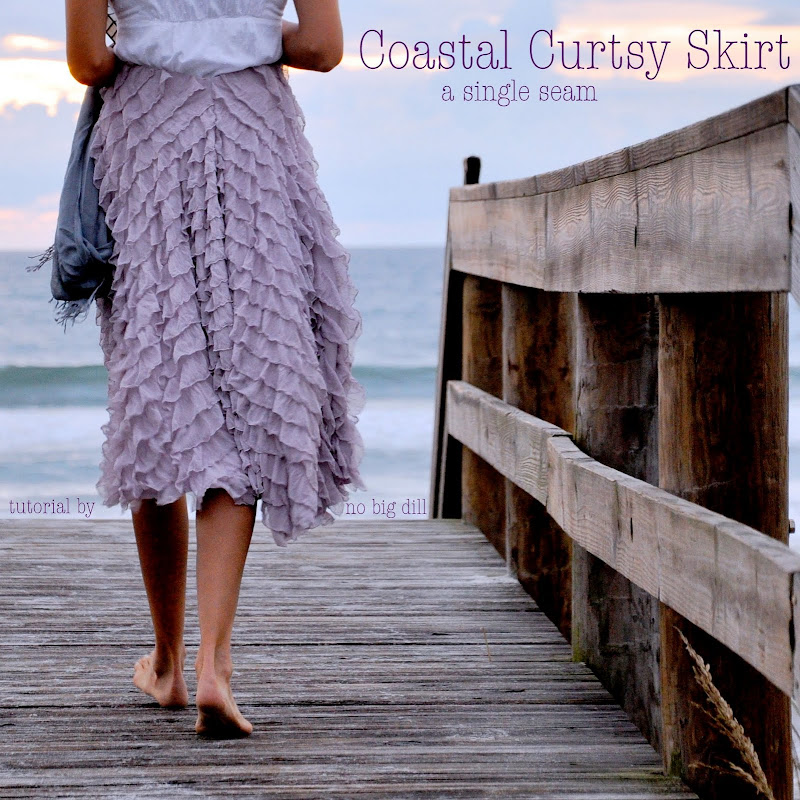 I've played with ruffled fabric before, making these ruffled leggings for Divine: 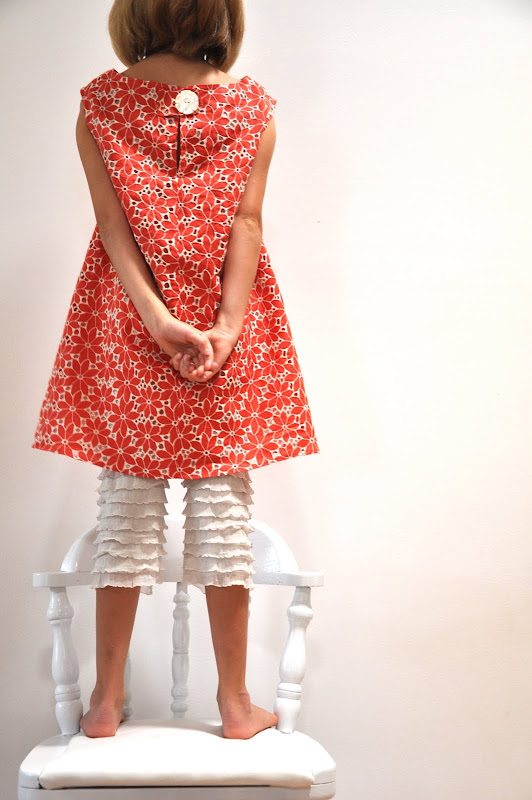 and sharing my tutorial because it's more fun that way: 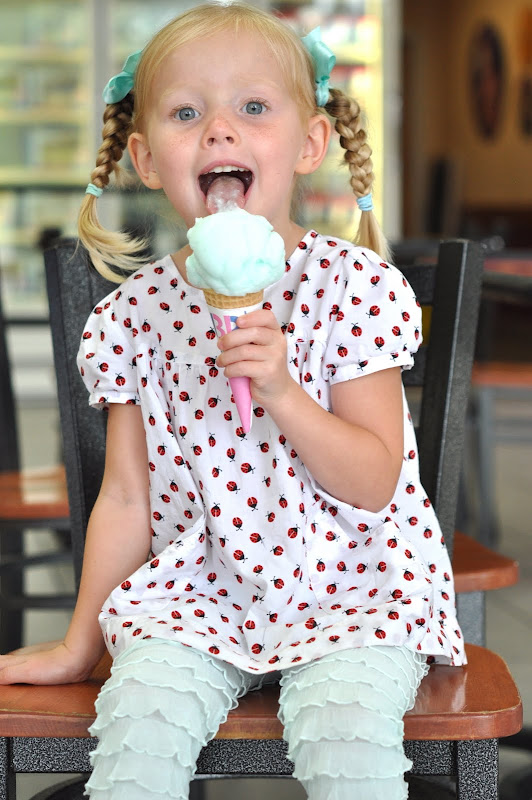 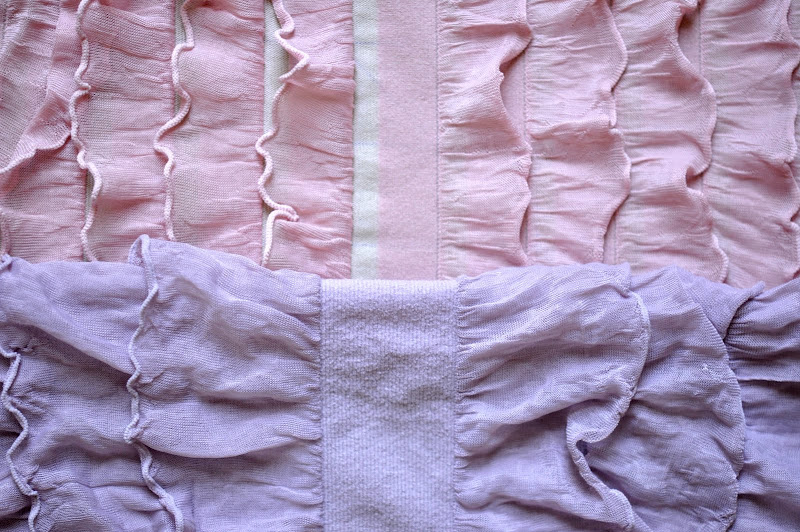 The ruffle length is 2" instead of 1" and the fabric between each ruffle is solid, without that strip of sheerness [yes, it's a word].  Why does this matter?  Because you can use the fabric with the ruffles going 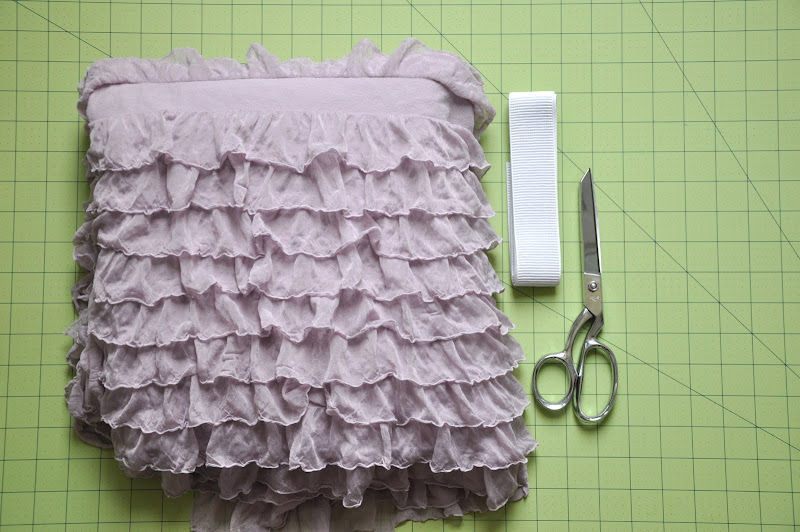 You'll need:
2 yards of ruffle fabric
2" Elastic [I used non-roll elastic,
which has those stripes in it to
keep the elastic from folding on itself]
and of course thread,
scissors,
and it's also nice to have your wits about you. 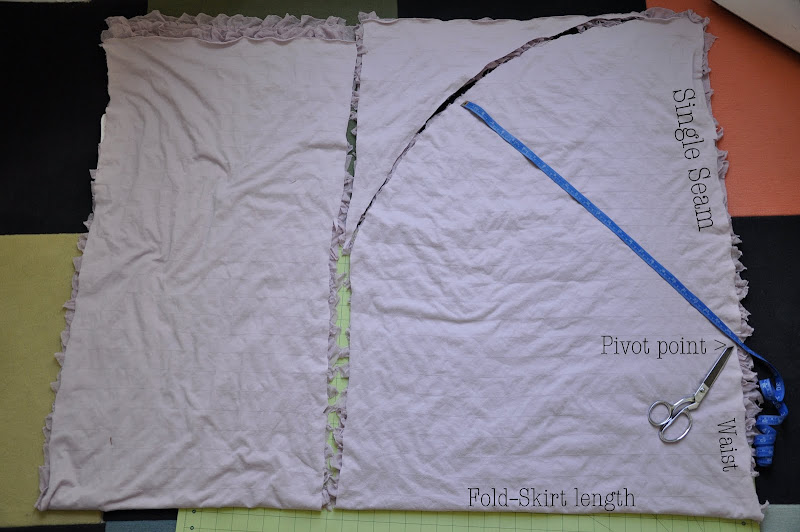 This skirt is entirely made of measurements.  First decide how long you want it.  I made mine a length of 26".  The waist needs to be slightly smaller than your actual waist, as it stretches.  I used the very technical and complicated procedure of holding the fabric around my waist and marking it where I felt it was just the right snugness.
Fold 2 yards of fabric in half.  Measure half the decided waist length and mark with a pin.  This will also be your "pivot point".  Pivoting a tape measure the length of the skirt, cut a quarter of a circle, starting from the opposite side of the waist. 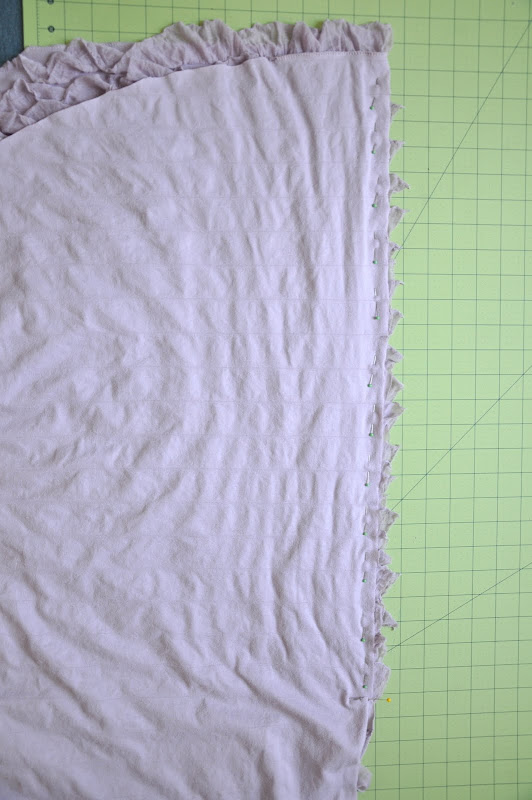 This is the only actual seam you will sew on the skirt.  Before pinning, make sure all ruffles are lined up and going in the same direction, toward the hem of the skirt. 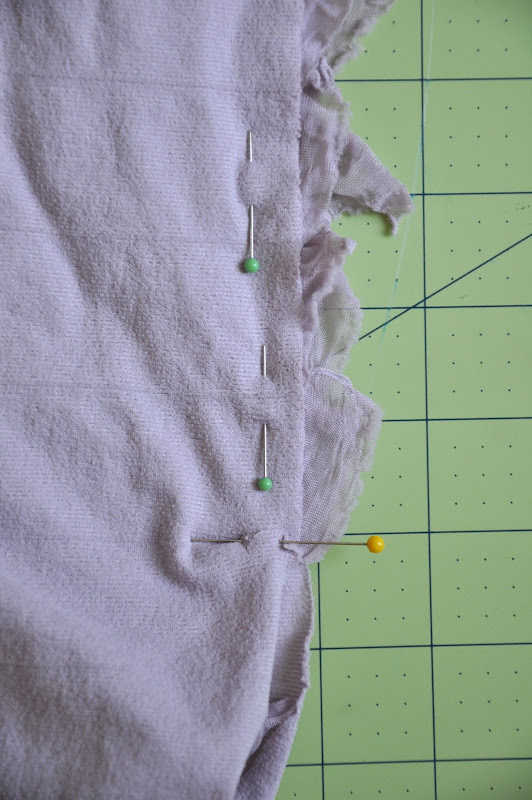 Stitching from the hem, stop at the pin marked for the waist. 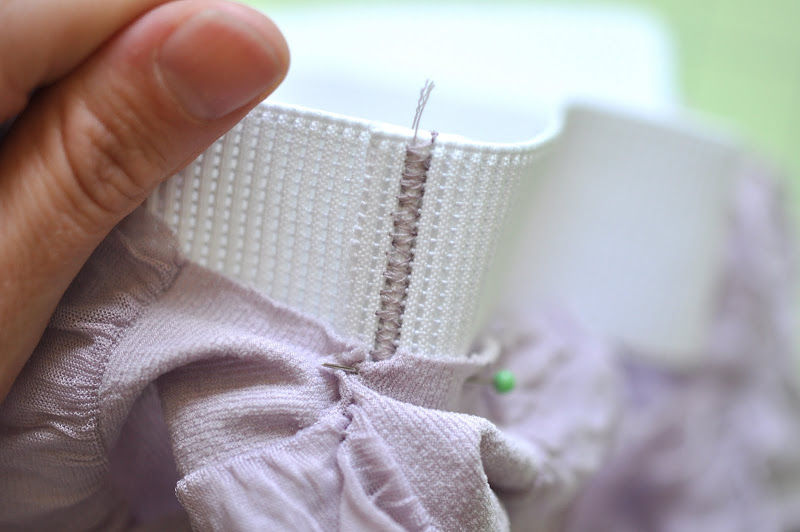 Zig-zag the waist band, overlapping the ends.  Line up the back of the waistband with the skirt seam, overlapping each just 1/4". 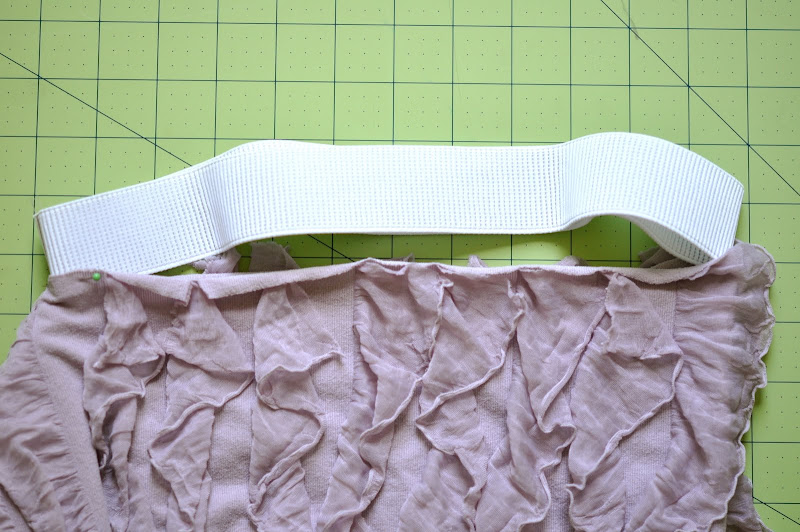 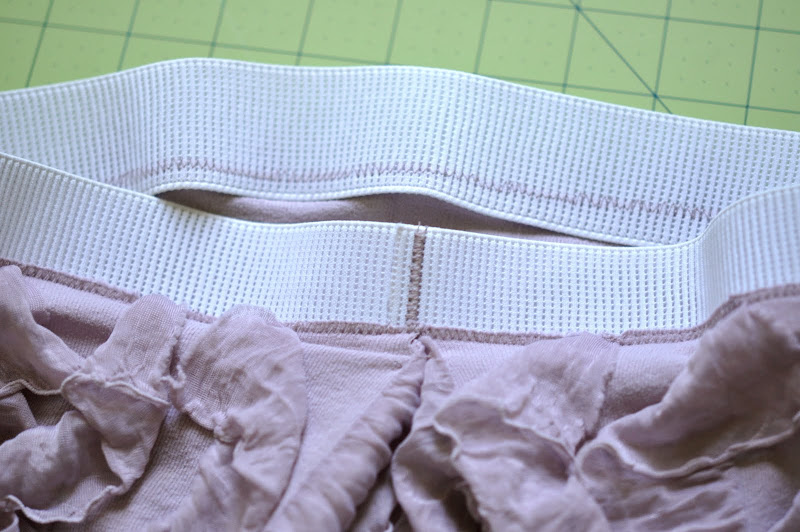 Zig-zag stitch waistband and fold under. (You could also stitch in the ditch to keep the waistband down, but I didn't even do that on this one.) That. Is. It! 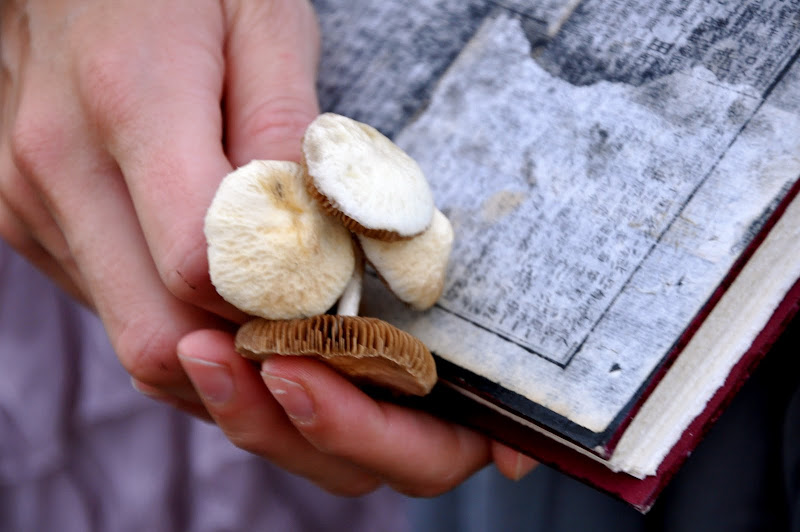 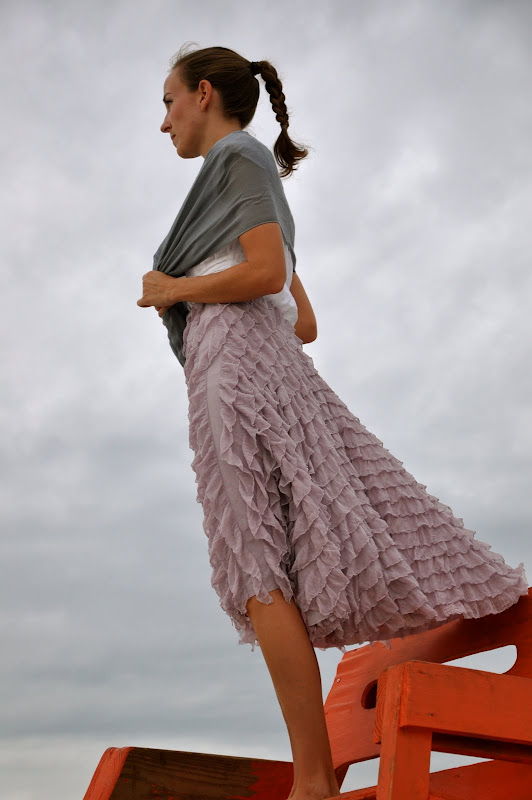 See how the ruffles are vertical in the front, but horizontal in the back?  Those are the driving features that inspired me to create the Coastal Curtsy skirt that would showcase them both [I'm all for equality]. 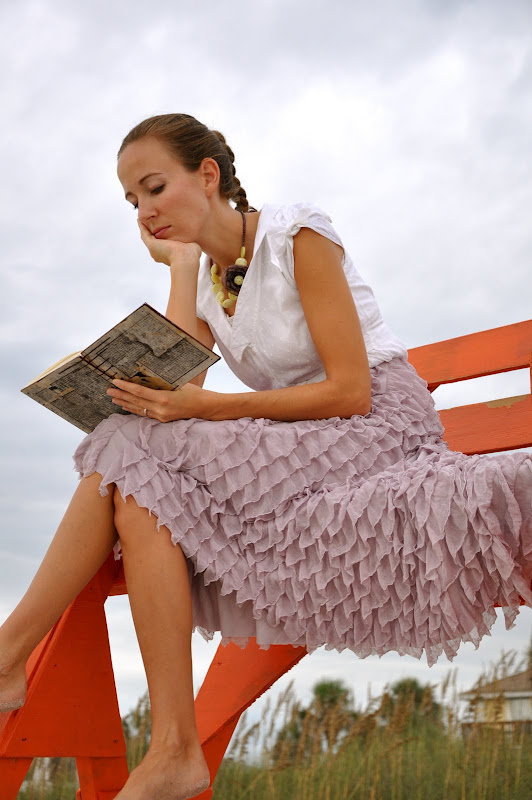 Pretending to read a Chinese book.
It doesn't even have any writing in it, guys. 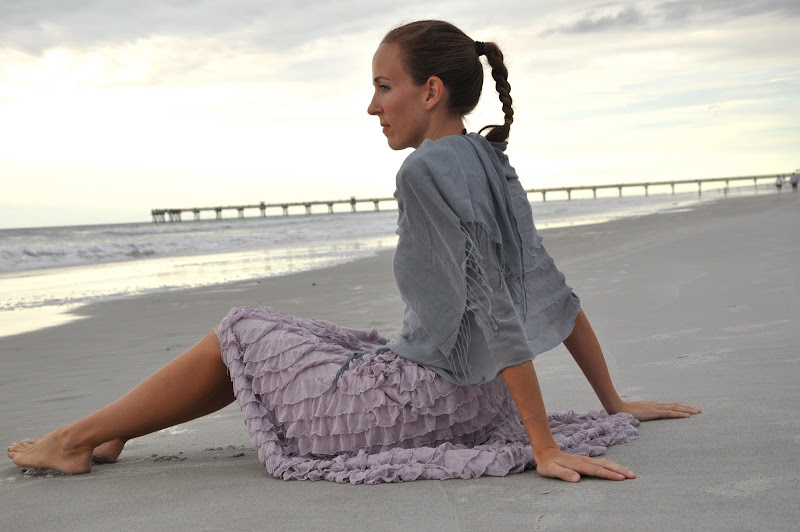 A superb quality of this skirt: it travels well.  Wad it up and throw it in your overnight bag for your weekend getaway with your hubby and spend zero time pressing it, but look fabulous just the same! 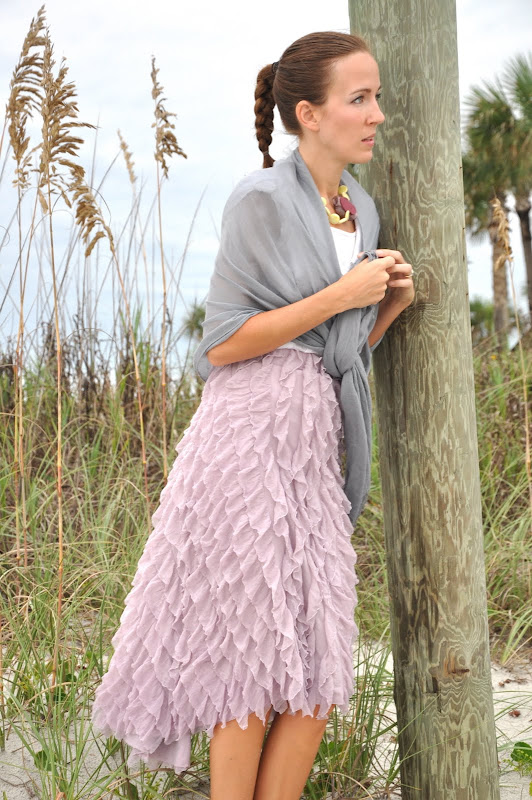 Want to know where you can get such stunning ruffle fabric and a chance to win 2 yards for your very own Coast Curtsy Skirt???

special thanks to my photographer who snuck out with me early morn.  and I promise I won't chew gum next time ;).