have a good thing going.
I need to learn their language.  I took 2 years in high school and all I can do is write a few characters, say My name is Katy, and count to 10.  Ryan, on the other hand, is fluent.  The baby dills think, after our trip to Japan, that he knows all languages.  Wait until we go to France.  Then who is going to be ordering the panini and crepes off the street and those melt in your mouth baguettes?  Who is going to navigate Le Metro and take us to the Louvre?  Where was I going with this, oh, yes.  The Japanese.  They have a pretty plethora of these books full of patterns.  And I don't use the word pretty lightly.  The only problem is there are very few translated into English.  Jordan, my sister, gave me one of these books for my birthday a couple of years ago and I opened it up thinking, no problemo.  Then I actually opened it up and could only pine after all the simple, yet sublime silhouettes I wanted to make, feeling overwhelmed with the patterns and directions.  I pulled it out again recently and even ordered two more of these books a couple weeks ago, determined to figure them out.  Success!
Ryan and I poured over them last night, he'd point out things like "front" or "skirt".  Making progress.  At one moment, I pointed out a character to ask what it meant.  Ryan replied, "Katy, that's an English letter."  oh. Once I finally mapped out which pieces were needed (among 4 giant sheets of overlapping, foreign-written pattern pieces), I traced them and studied the how-to diagrams.  Some pieces I just had to measure out and cut.  Then I wondered what size I was even making.  90 cm?  Then I questioned whether or not the seam allowance was included.  That's when I turned to the internet.  If you've never discovered Purl Bee, now is the time.  I found a tutorial on reading these perfectly pretty puzzles and, VOILA! 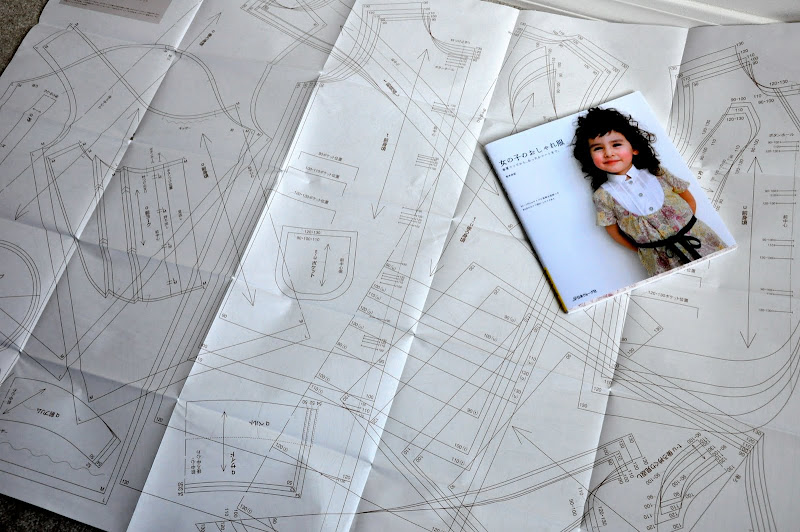 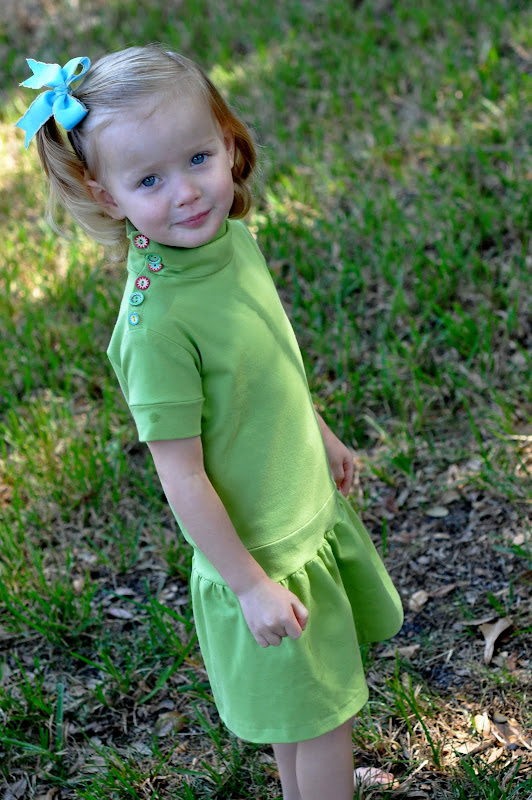 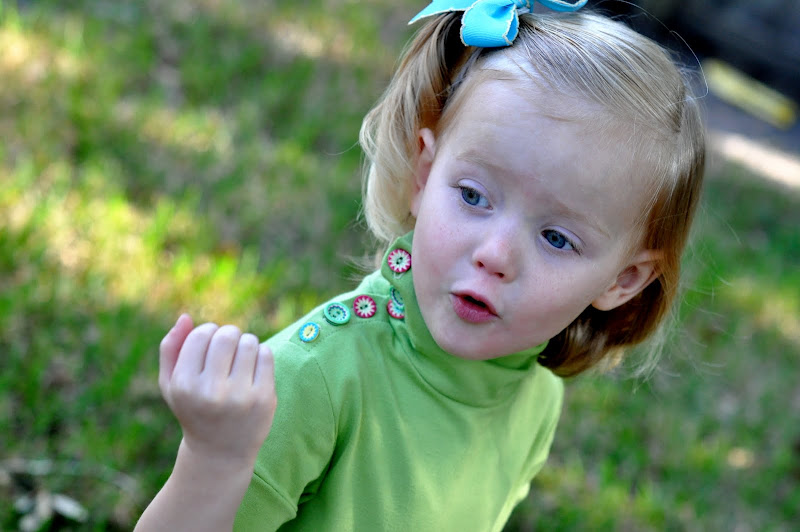 First use of my Korean buttons 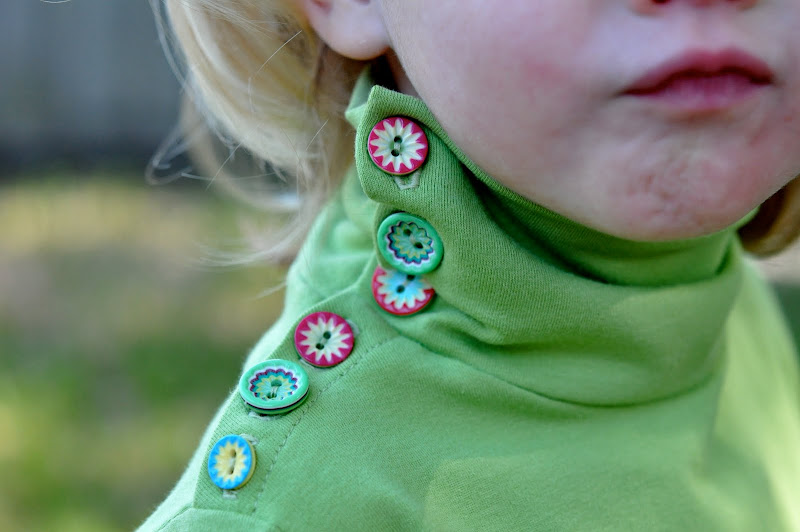 My conclusion.
It took me longer to figure out the pattern than it did sewing it, but now I have a whole new world of patterns for my hungry fingers.
I think working in centimeters is dainty and becoming.  Those ugly old inches are awkward and confusing.
Turns out, size 90 cm is just right for Azure, though I was actually aiming for Clover Pie.
Next time. 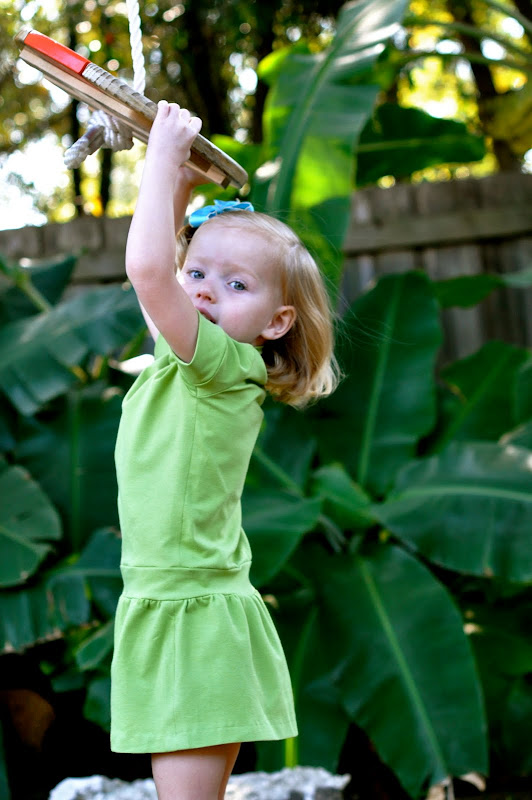