My Maven: The Time I Was a Criminal

It was a sad, sad day a few weeks ago when my beloved orange iron gave out.  Perhaps not so sad to someone who doesn't sew, but you seamstresses out there can feel my pain, right?  And getting a new iron isn't as simple as just picking one up "while you're out".  There needs to be comparison shopping of price and functions and reviews to read.  This is something that should not be taken lightly.  But, what about the sewing?  Sewing shouldn't have to suffer because of an iron malfunction.  That's like not driving because the garage doesn't work.  Or something like that. 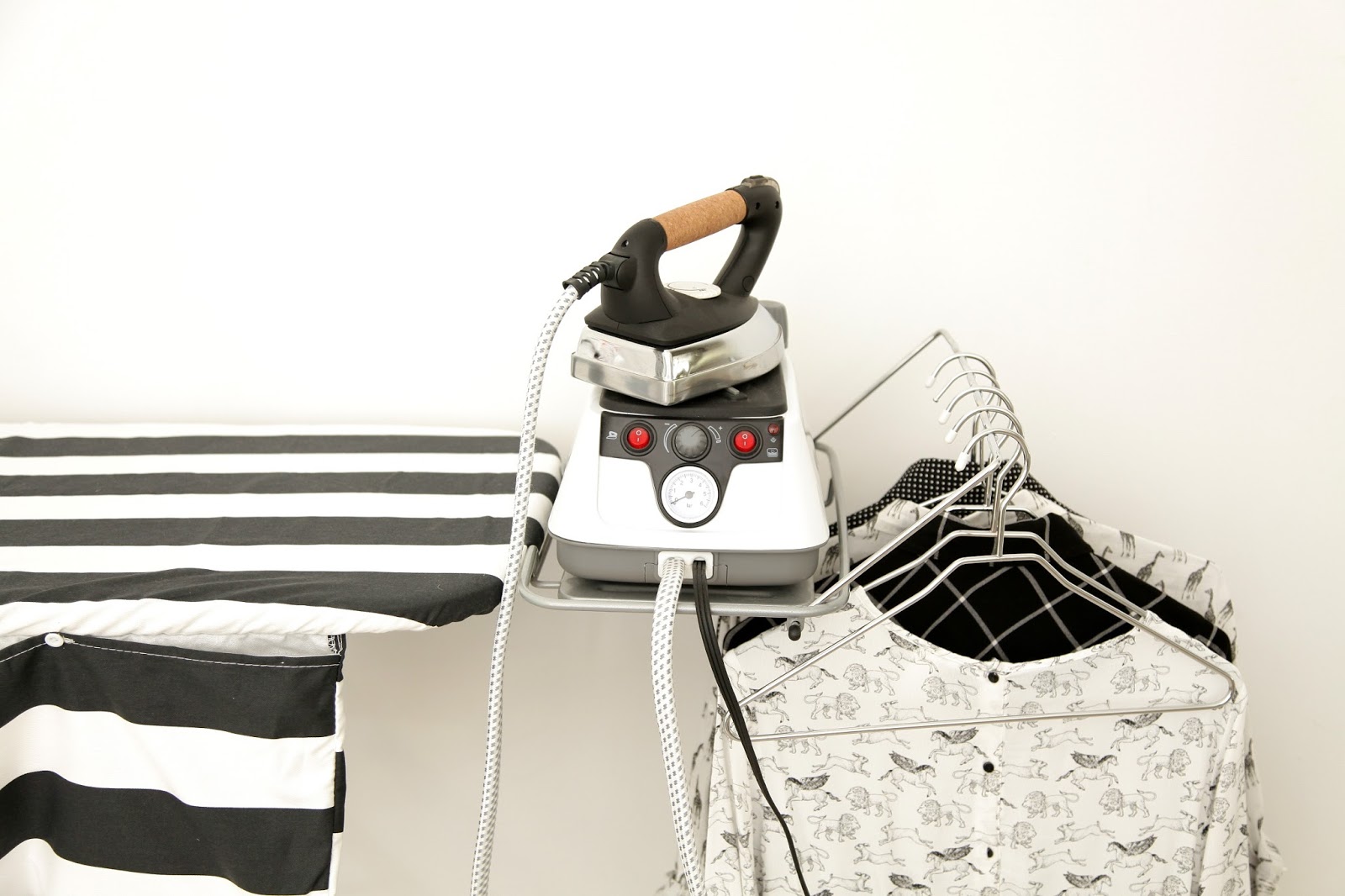 As you can see, I was in a pickle.  And when you're in a pickle such as this, you text your mother-in-law and ask to borrow hers.  And when she doesn't respond, you decide that you'll just stop by and pick it up.  And when you stop by, and she's fast asleep in bed, you tip-toe through her bedroom, into her closet and steal hers.  This was the only logical thing to do.  It comes down to breaking and entering in such a crisis as this. 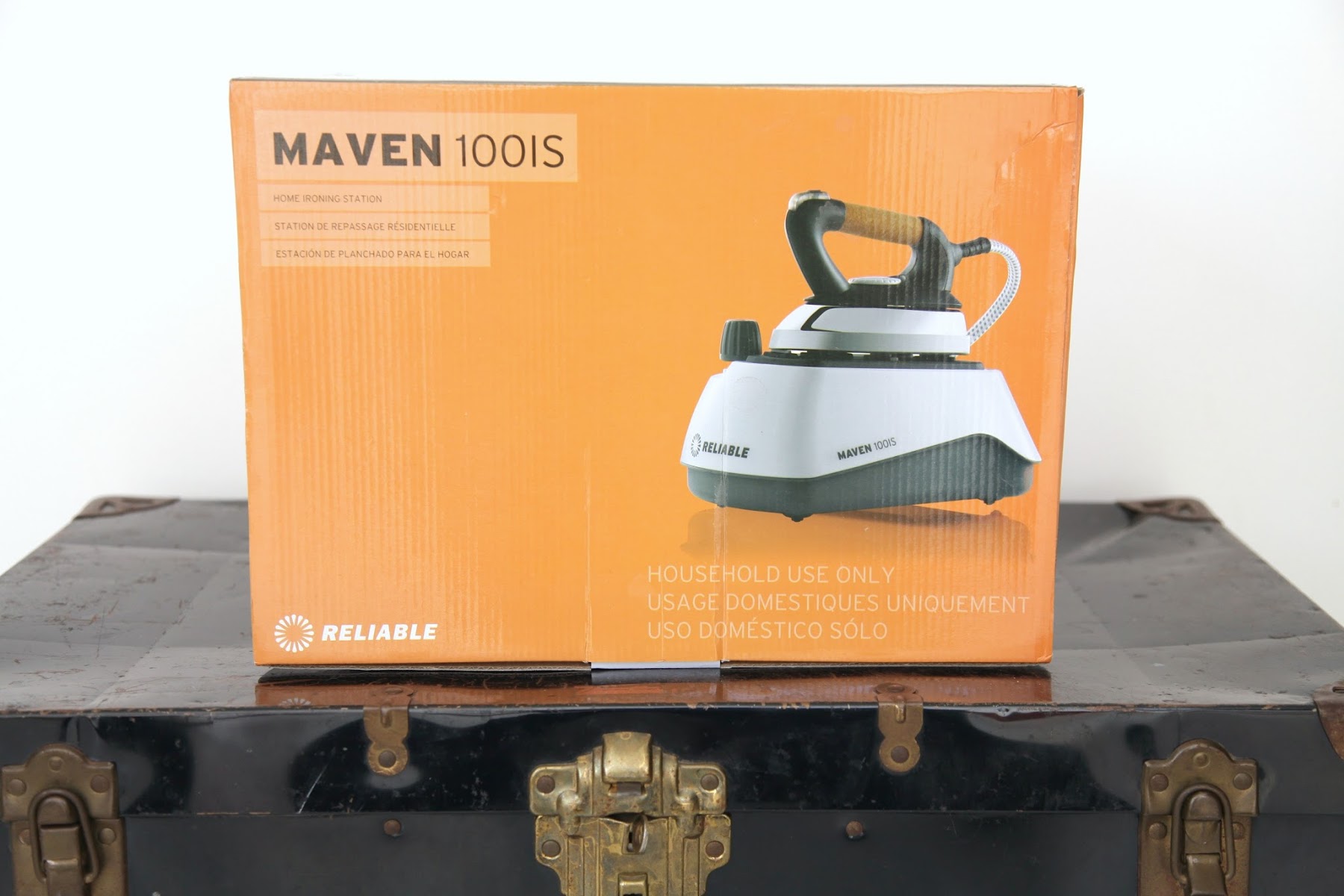 I've become a hardened criminal over my orange iron.  Now, I'm not such a fool as to think she wouldn't not notice.  So, I immediately contacted my iron people.  Do you have iron people?  Specifically Kim, from Reliable.  Sadly, my orange one was out of stock, but she said she would send me their Maven.  Just the name alone calmed my wrinkled nerves.  It was going to be okay.  I confessed of my crime, and she was positive that the sewing and ironing community would muster and pay bail, or even break me out of prison if it came to that.  I was satisfied. 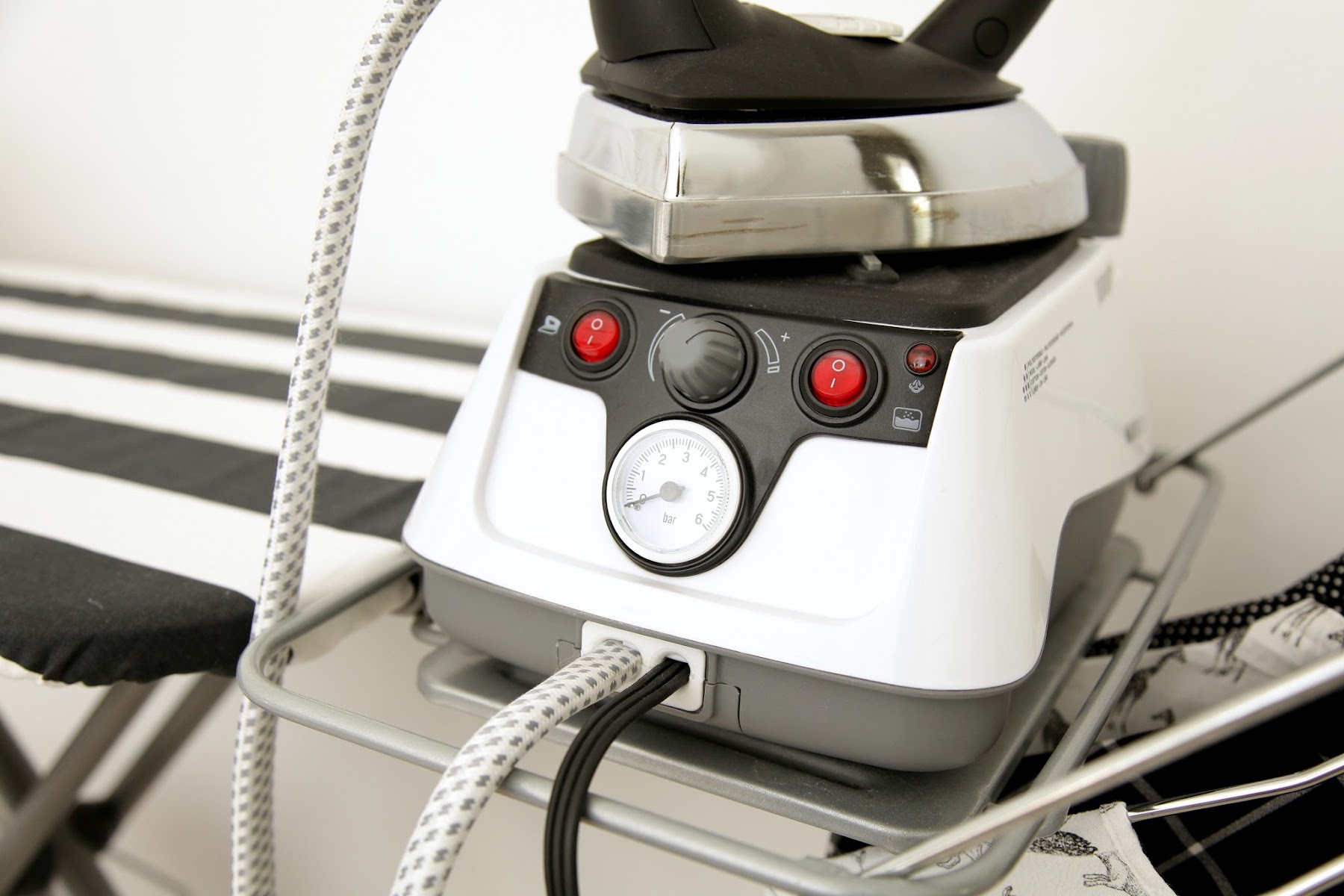 Then the iron arrived.  In. An. ORANGE. BOX!  It was like this was all meant to be.  I took that shiny, sleek beauty out of her orange home and placed her on my ironing board.  (Possibly after I caressed and spoke sweet nothings to her.  I won't say.) 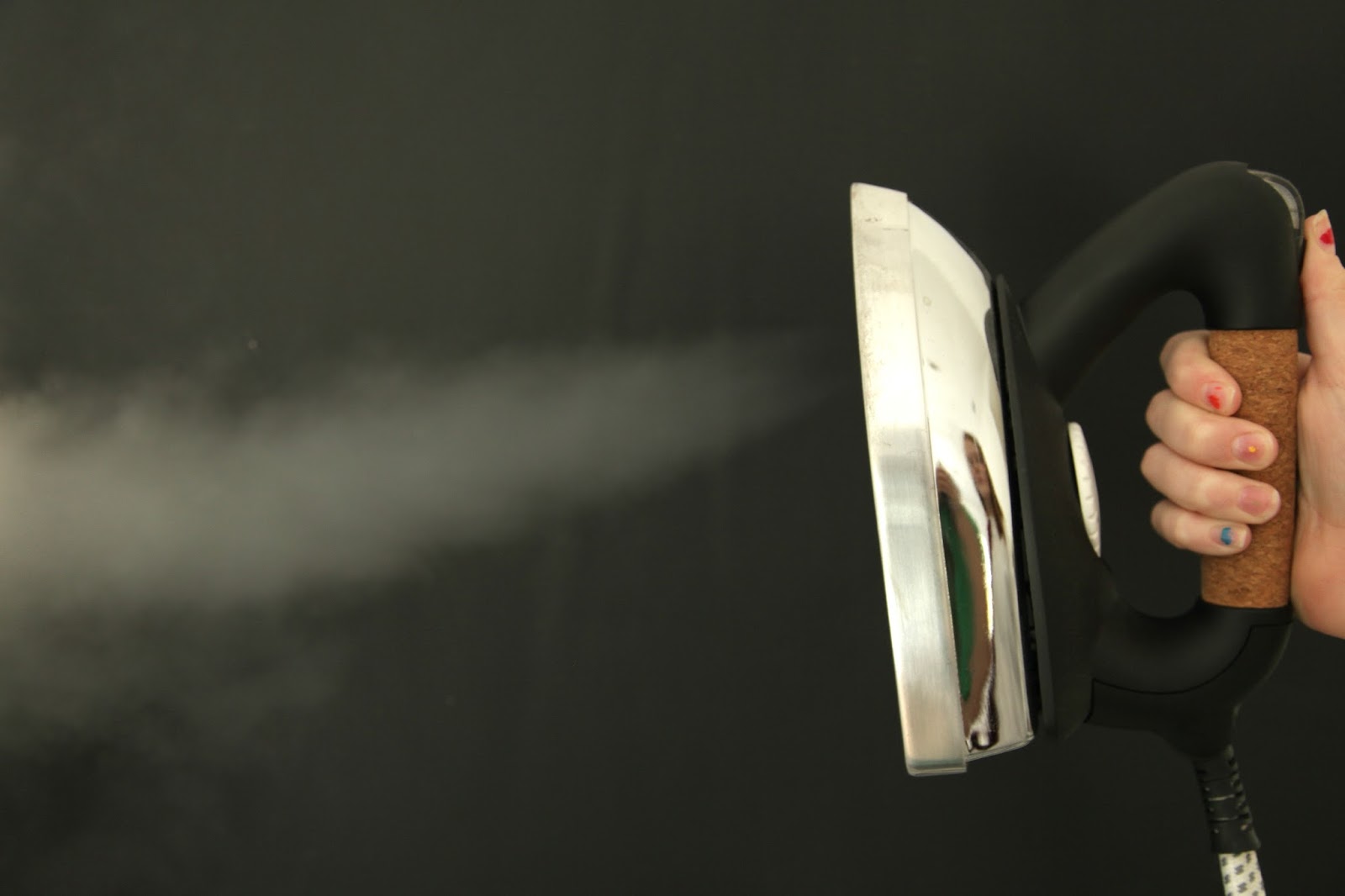 I pulled out the owner's manual and read it from front to back, and if you know me, you'll know that I do not do owner's manuals.  But, as they say, to know someone is to love someone.  The real magic happened when I filled her tub with water and waited for the right amount of pressure and STEAM! Glorious steam!  Not just a little 6 oz container within the iron, but many, many shirt's worth of steam! 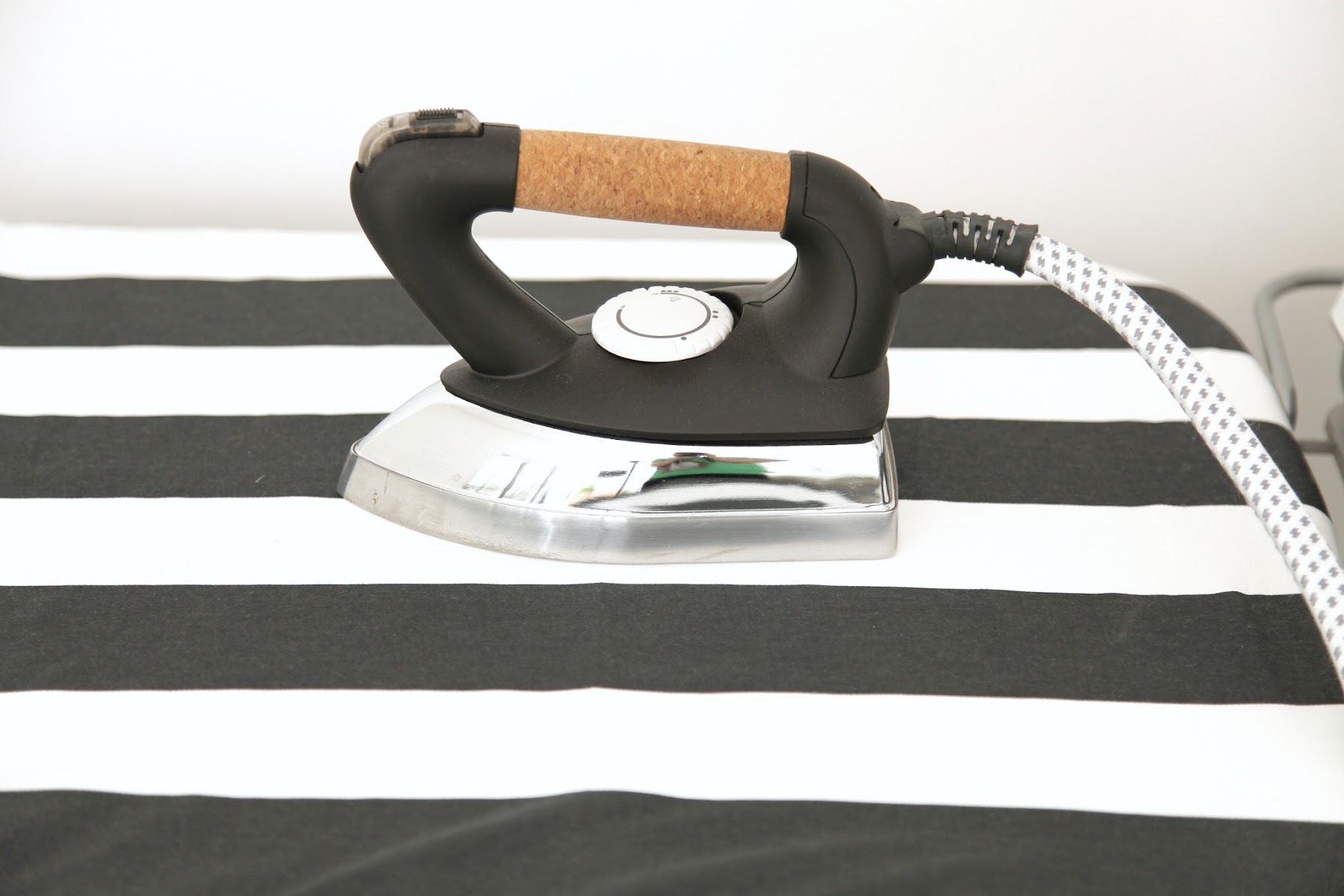 I eventually paid my debt to society, returned the stolen iron, and no small appliances were harmed in the improvement of my sewing studio.  But, have you ever had that feeling of joy while ironing.  No?  Then you, my friend, are using the wrong iron.  She's not heavy, but she's heavy-duty.  Those wrinkles don't stand a chance.  Plus. That woven cord and cork handle!  I don't know of any husband who would complain about his wife happily ironing.  Worth every cent. ;) 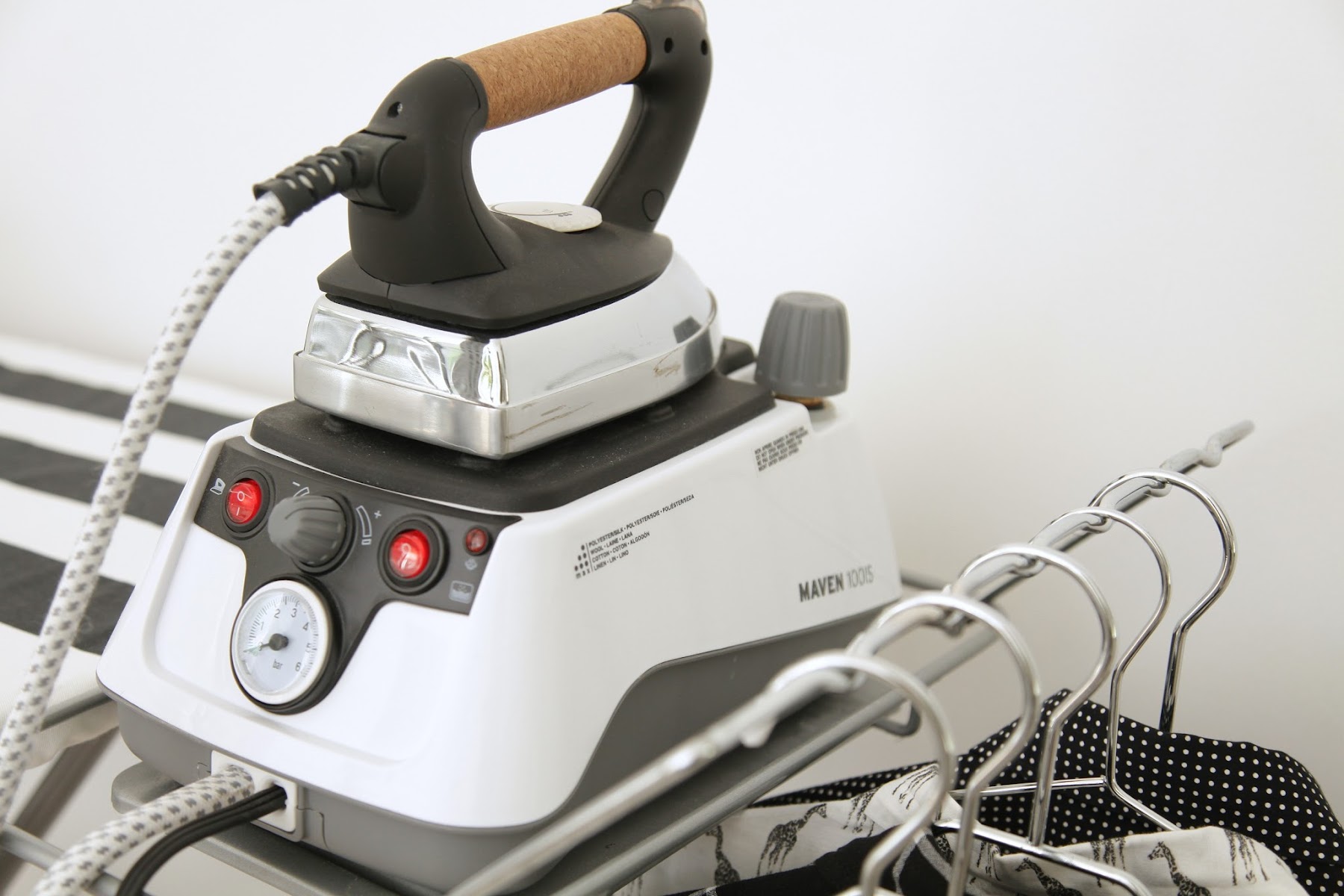