Maybe it's like when you've eaten sweet things for the entire feature film and then all you want is salty and you down an entire bag of smoked almonds to balance out all the sugar.  Sewing for five girls and I finally get the chance to sew for a boy: Bring on the salt! 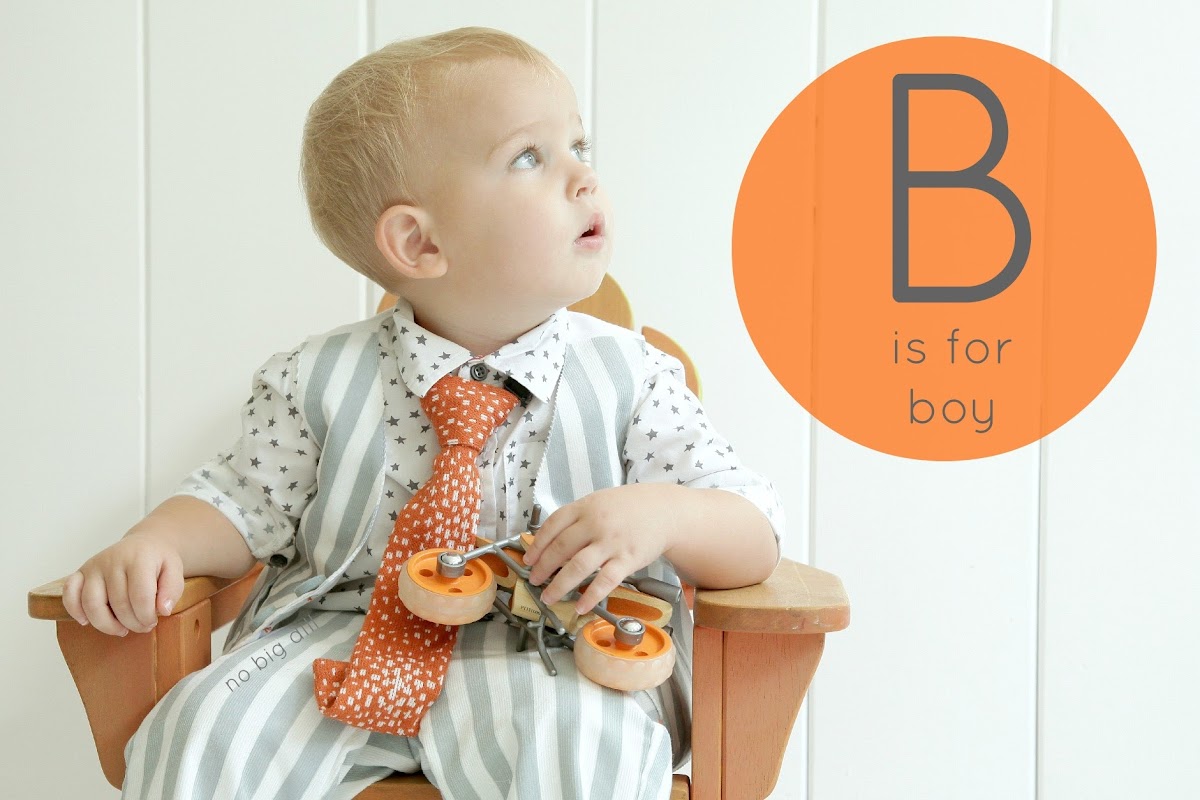 I have wanted to sew Drummer a little suit since the day (okay, maybe the day after) he was born.    He might have a dozen ties already.  I race to get him dressed Sunday, before anyone else gets a chance, because he's the new Barbie.  A much chubbier, squishable version. 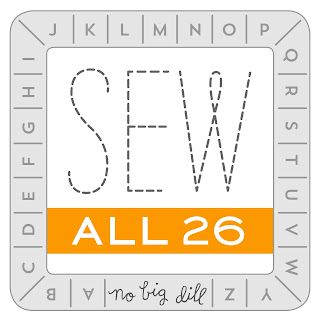 When Liesl shared the new Oliver + S fall patterns, I was so excited to see the Art Museum Vest and Trousers in the line up. Yes. This is what Drummer needed in his wardrobe. 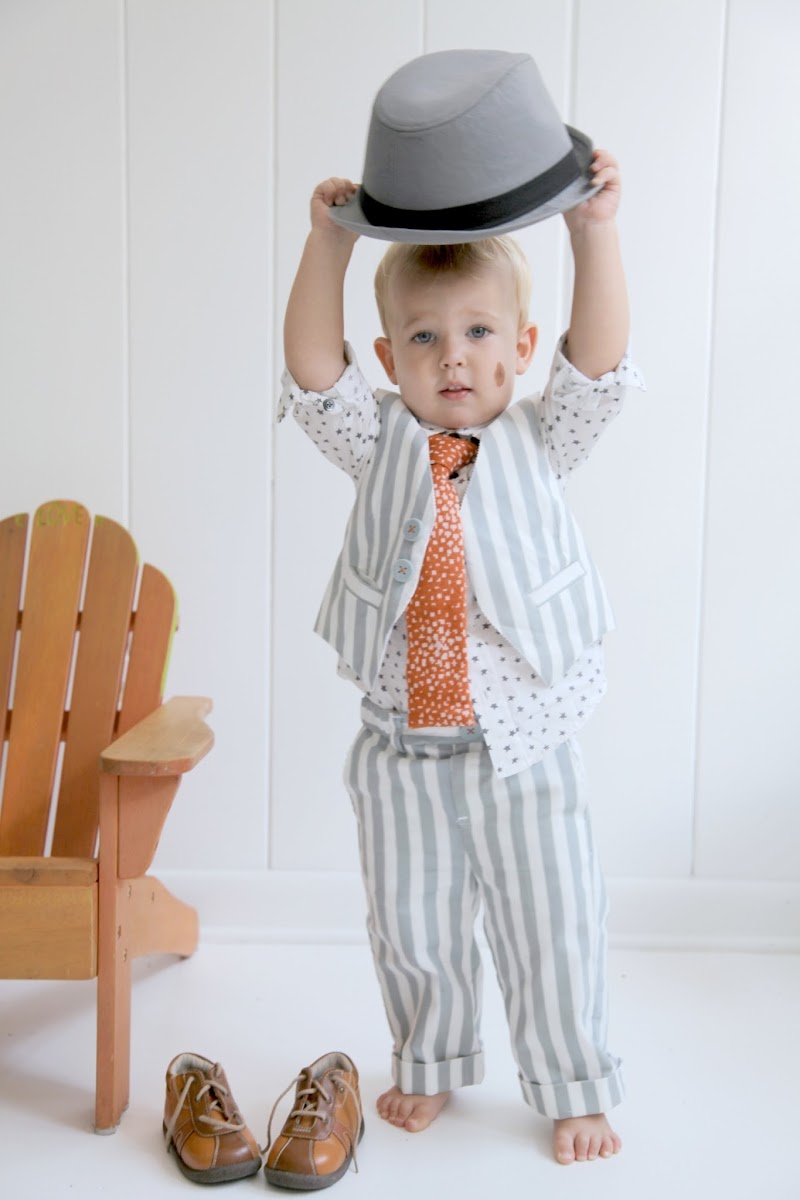 I cuffed the pants so he can hopefully wear them a bit longer, I'll just undo them and enjoy that corduroy stripy-ness as much as I can. 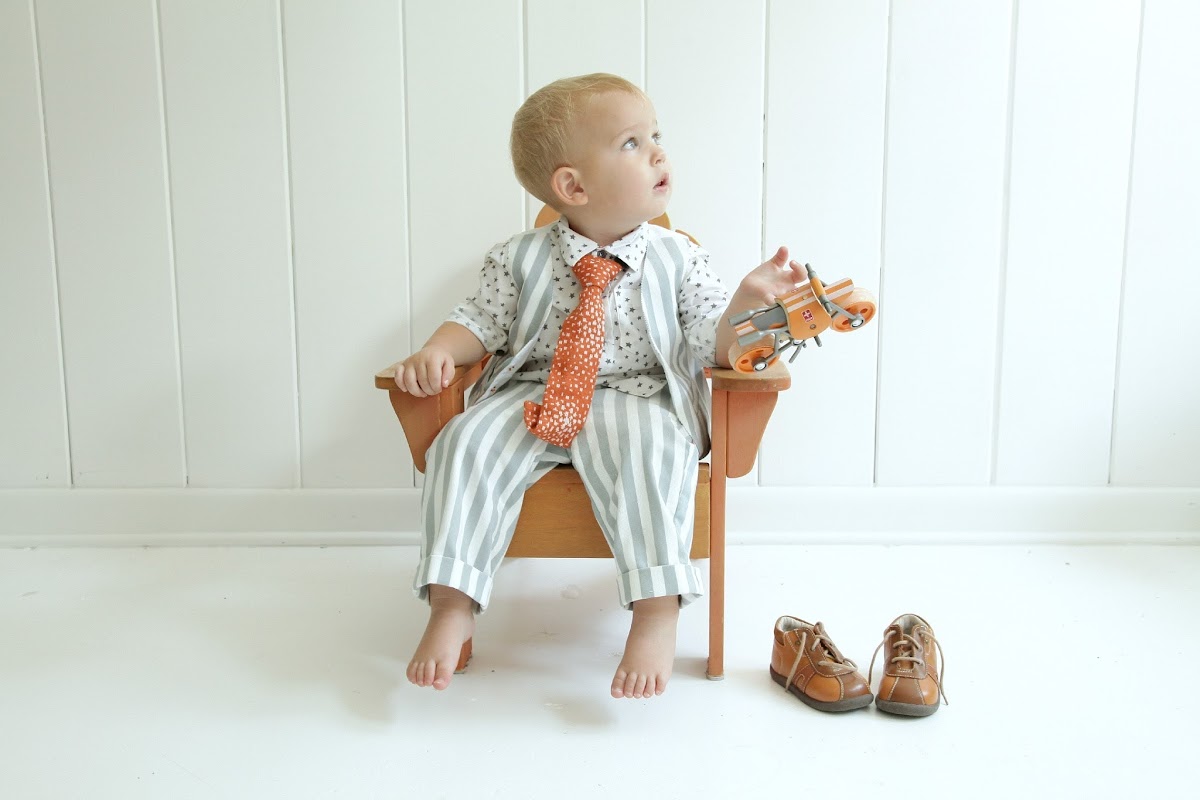 And if you've been cowering from welt pockets, this is the pattern for you to face those fears.  Take that pocket by it's welt and master it, because there are two on the vest and two on the pants.  You will conquer it before the Museum closes and feel a strangely powerful sense of accomplishment. 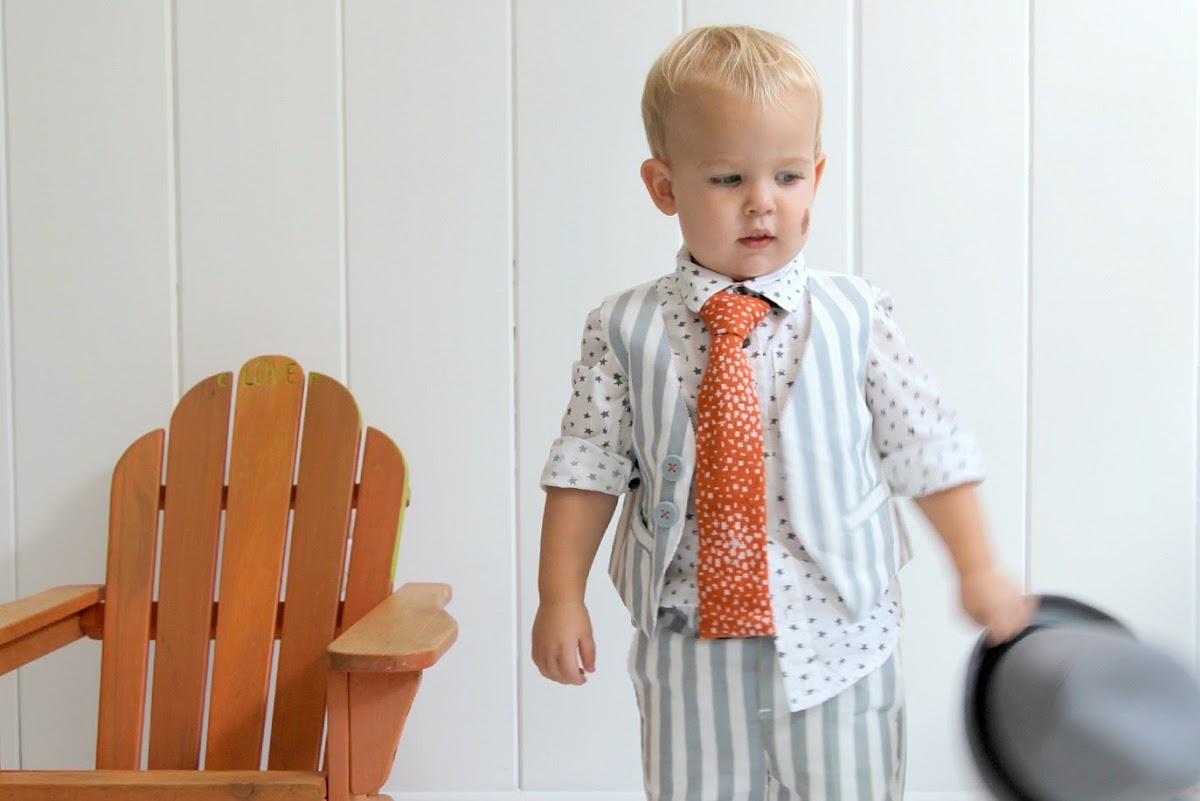 He is the most joyful creature to have with me all morning while the girls are at school.  He will grab my hand and say "show me!" and pull me where he wants me to play, or help, or fix something. 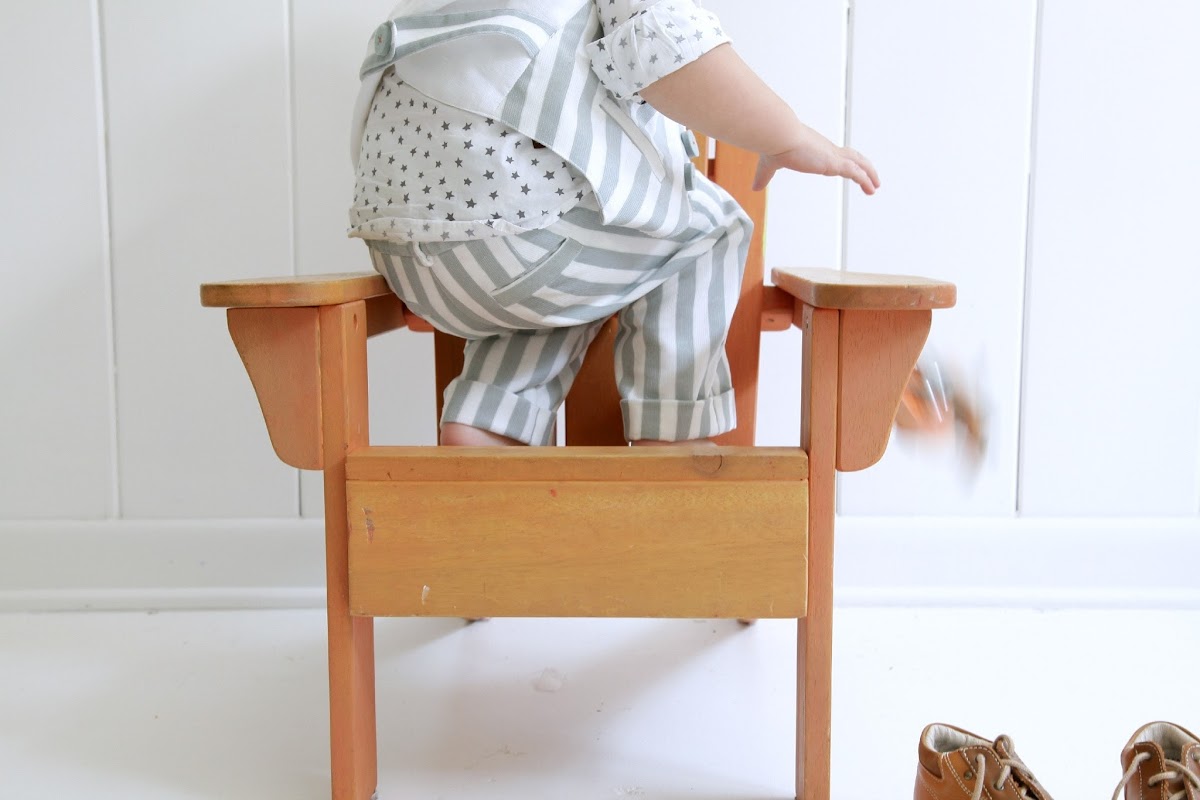 He animates his cars and asks "name?" to the others. He is so genuinely concerned with others and always wants to help and be ON my sewing bench with me when I sew.  We lucked out with this kid, I tell you. 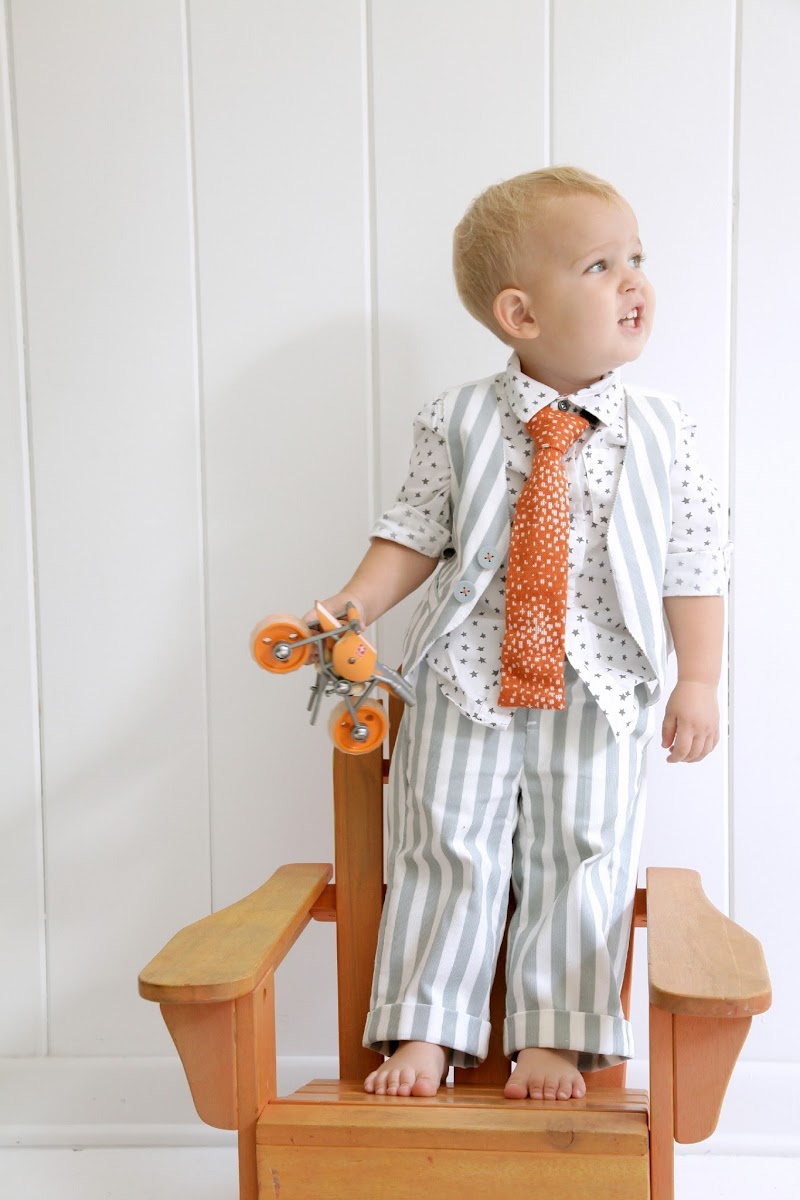 As I was looking for buttons, I came across these FELT buttons I bought years ago in Korea. THE perfect shade, because, as it turns out, there are lots of shades of grey and they don't all look good together. 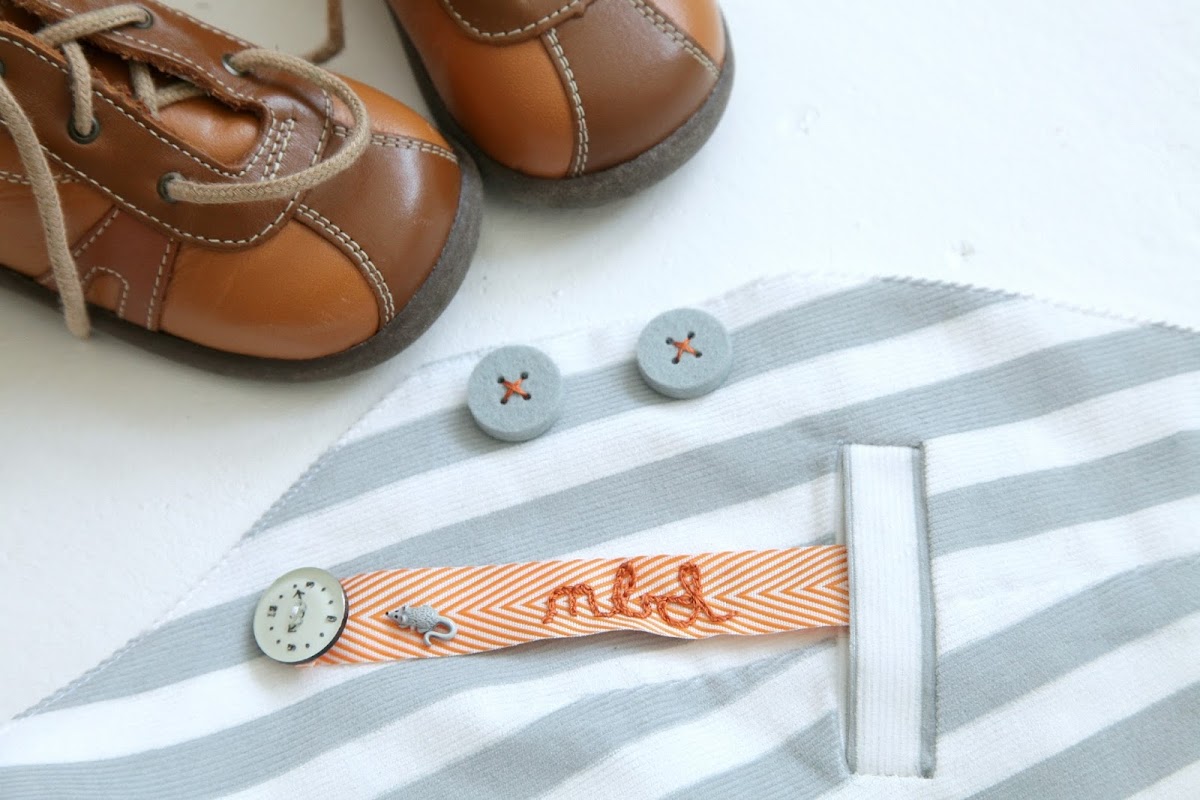 I made the mouse run up the clock.  His own little stopwatch. 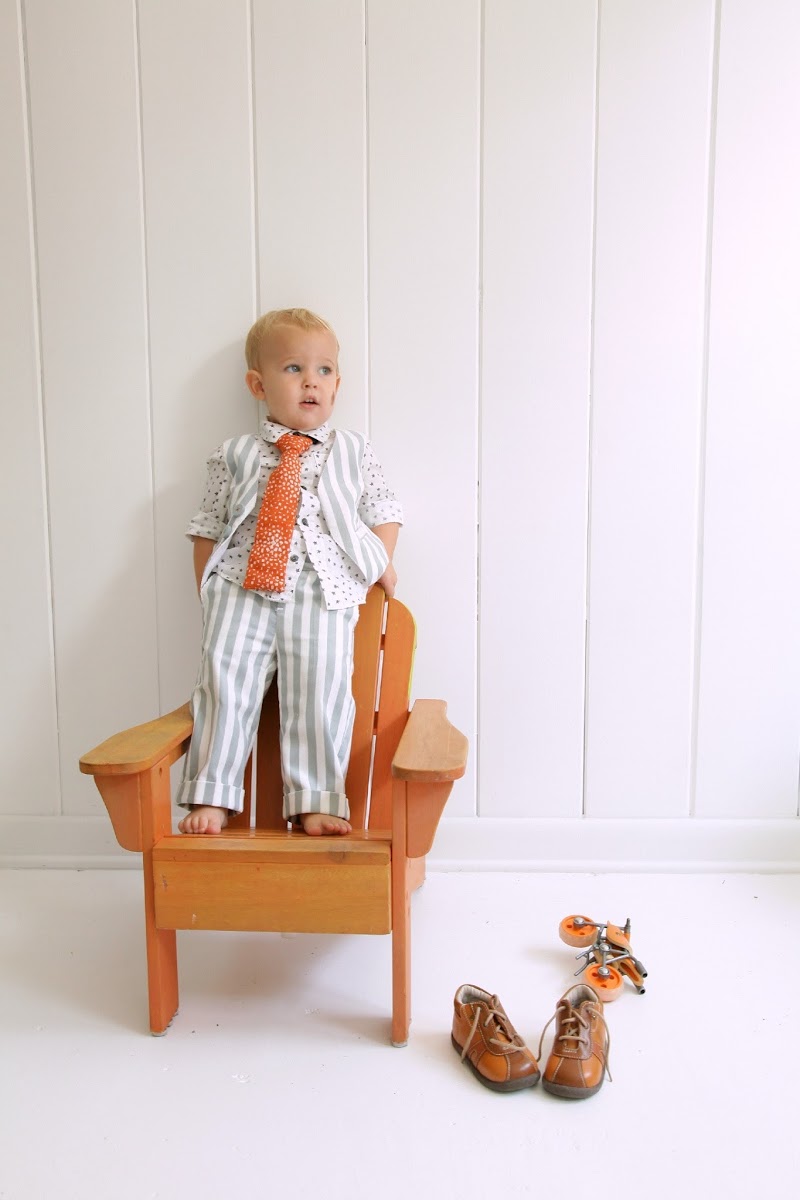 Another great pattern from Oliver + S.  It just might be O for Oliver +S, S is for suit, V is for vest and all the other letters, too.