These will look familiar if you follow my instagram feed, and I hinted that if they were as good as they looked and smelled, then I would be sharing the recipe. That brings us to this point. Because they were. Call it an addiction or infatuation, we eat a lot of chocolate around here. When my sister was hear, we joked that she only keeps a bag of chocolate chips in her pantry, while we have a good dozen or so. I hear it's good for you and I'm going with that. 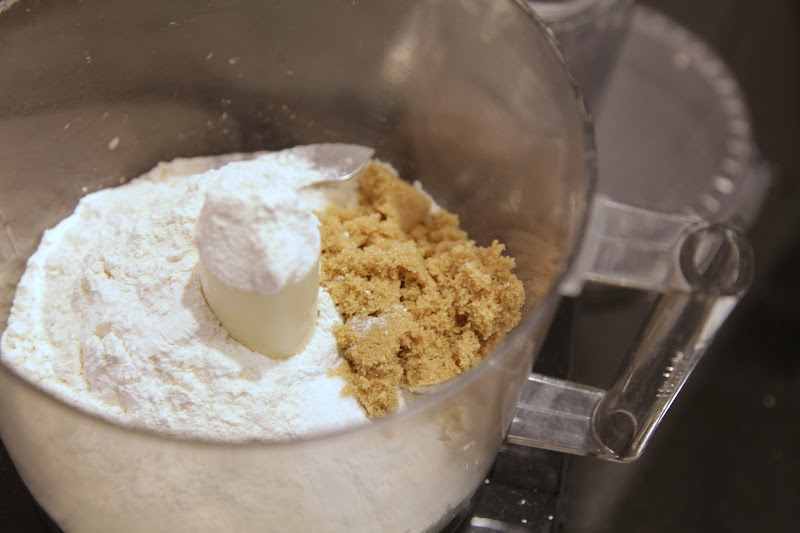 It's usually cookies that feed the craving, but when Ryan asked what I wanted for a treat, I started thumbing through our real, tangible cookbooks because I was in the mood for something different. But still chocolatey. I came to this recipe from Bon Appétit because of the picture. We all know that those are the best kind of cookbooks. 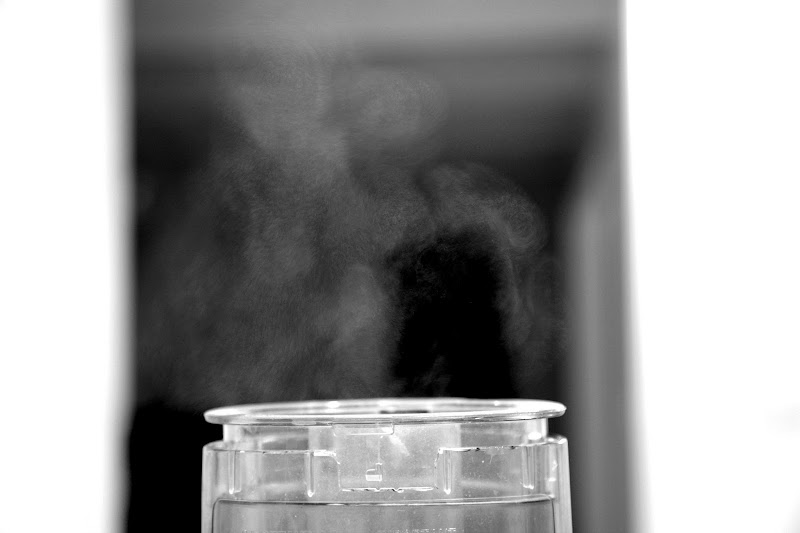 I told Ryan I was going to make the Chocolate-Caramel Slice and he said I couldn't make the caramel layer using their recipe because his was better. His recipe has been in the making for several years now. He was on a mission to make a caramel that didn't crystalize as soon as it cooled down and that didn't call for corn syrup. We used to use Cook's Illustrated caramel, but that requires adding water and then cooking out the water. 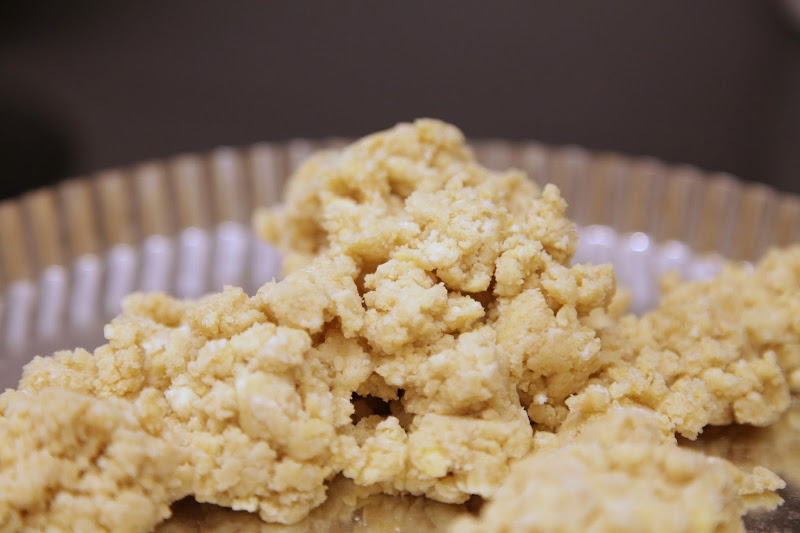 So, he found another recipe somewhere in his search that has you dry cook the sugar. It's almost like scratching fingernails on chalkboard, to dump sugar into a pan and turn the heat on without adding any liquid, but it works. I did it myself because Ryan was busy working on something else when I was ready to add the caramel layer. 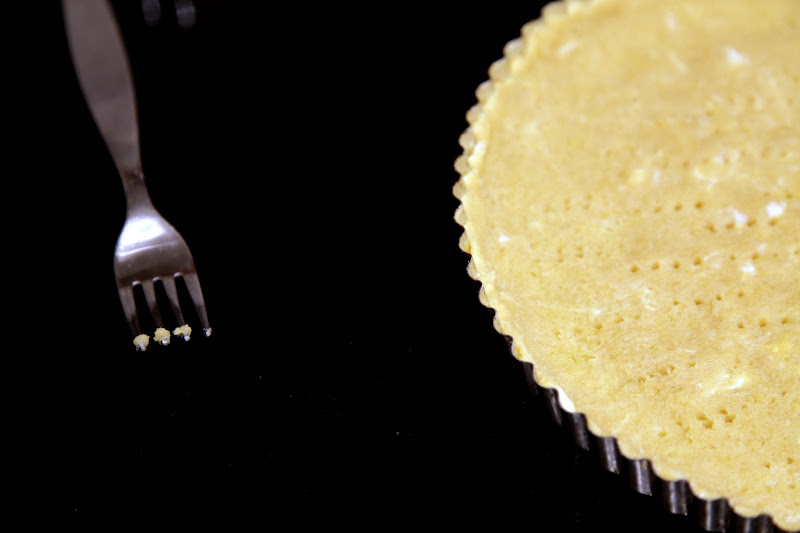 He also began leaving out the butter (he does this any chance he gets, so I have to keep an eye on him sometimes ;) and it turns out, it still melts in your mouth without it. 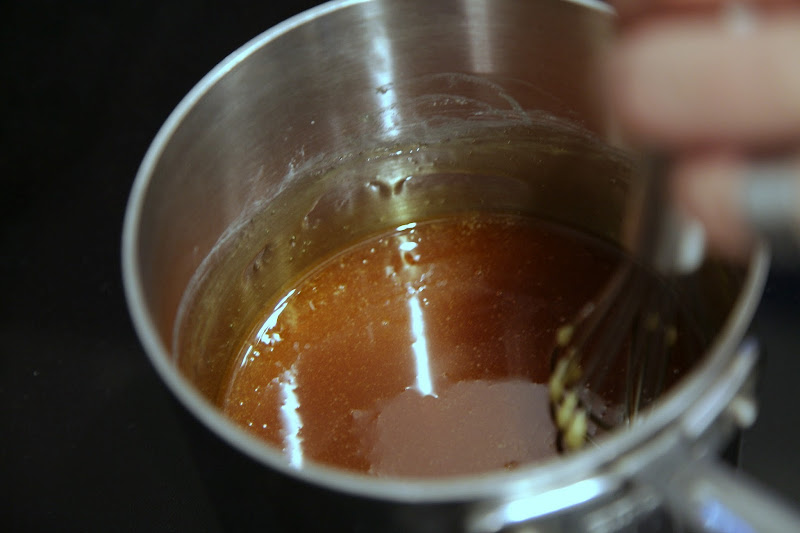 After melting the sugar, you add cream SLOWLY which helps stop the caramel from cooking and keeps it from turning to a hard candy. 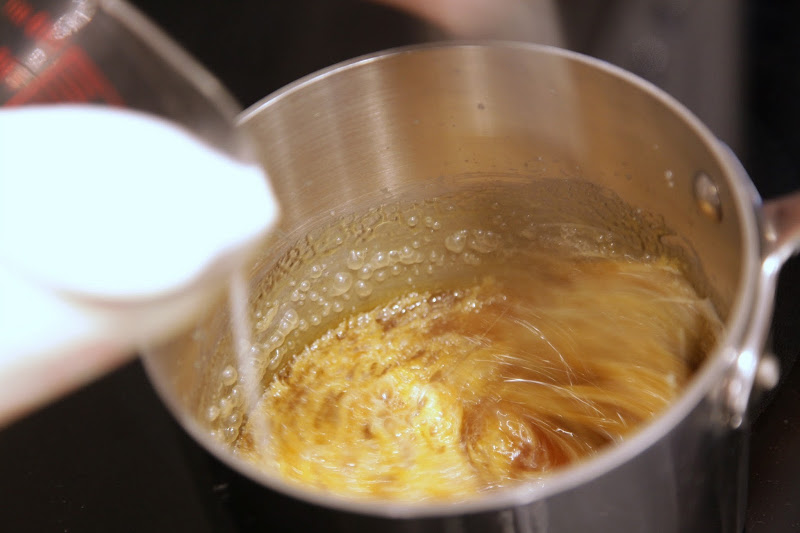 I also experimented with the crust on this and used 100% whole wheat. It was good, but I think the sweet spot would be to use half white flour and half wheat. That will be the next installment of this recipe. 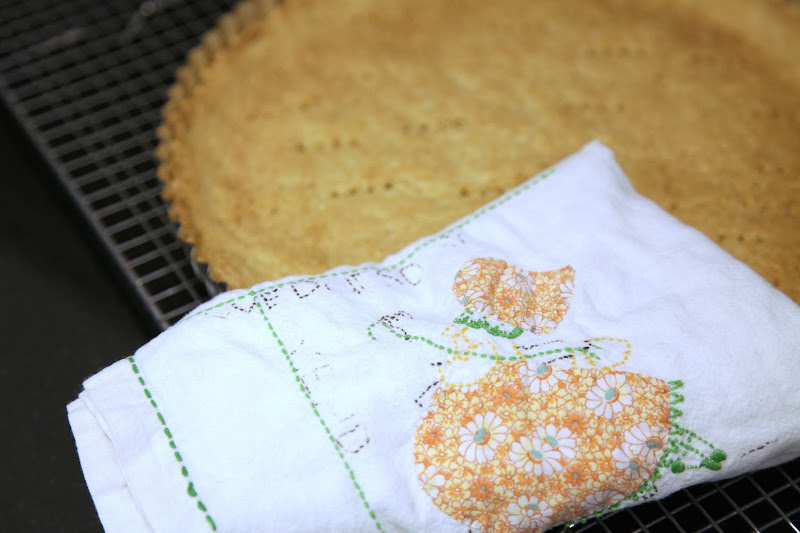 Caramel topping: Warm sugar on medium, stirring constantly, whisking the lumps if they form.  Once the sugar has melted and turns an amber color, remove from heat and slowly add the cream, allowing the bubbles to subside each addition until all the cream has been added, then add the salt.  Pour on the cooled crust, spreading to edge of crust, cool 15 minutes to set.

Chocolate: Meanwhile, melt chocolate with cream in microwave  in 15-second intervals, stirring occasionally until smooth (do not overheat or chocolate will separate).  Spread chocolate over warm caramel; sprinkle with sea salt.  Refrigerate until chocolate is set, at least 1 hour. Can be made 3 days ahead. 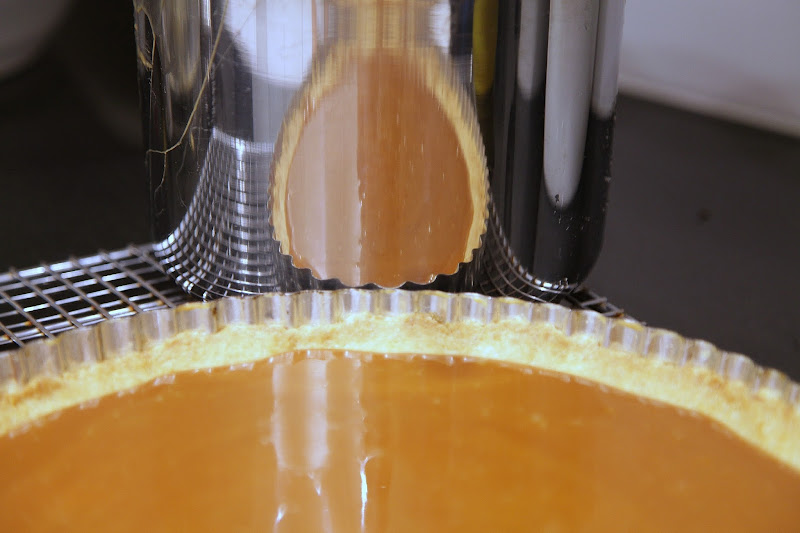 Leftovers didn't last long, but if you happen to have some, cover and keep refrigerated. I like that it can be made 3 days ahead, not that I ever plan 3 days ahead. 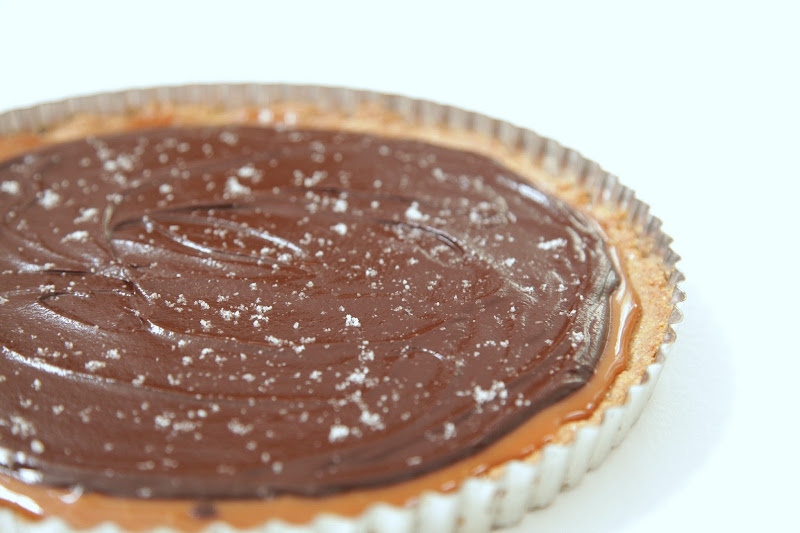 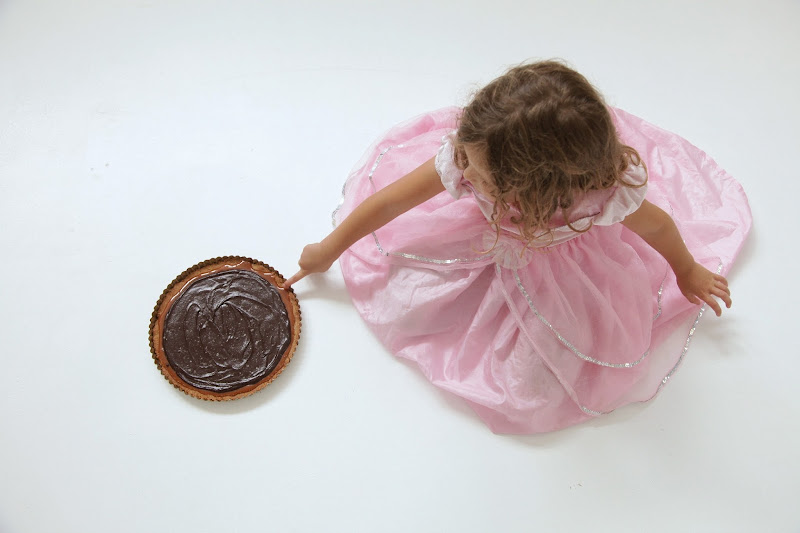