The Eve of Christmas

Magical is more cliché than I'd like, but happens to be the perfect adjective, so magical it will be. 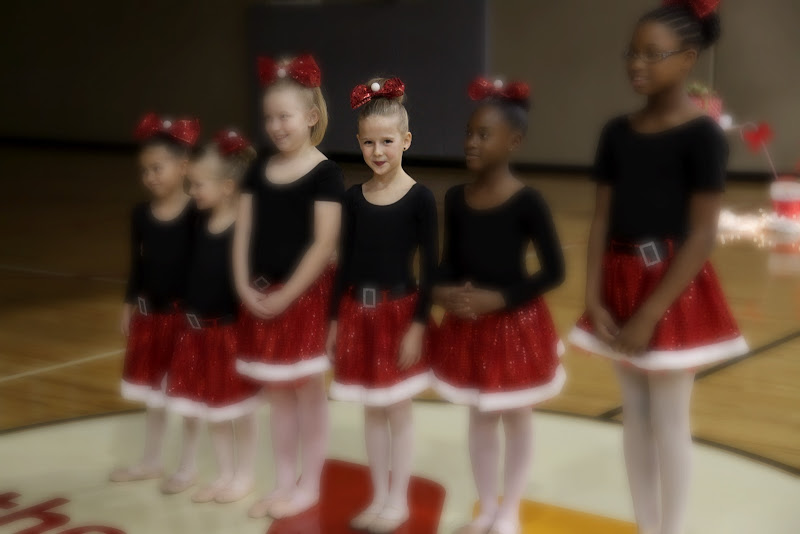 I decided to keep it simple since life has given us a few more waves than usual, that we are navigating. 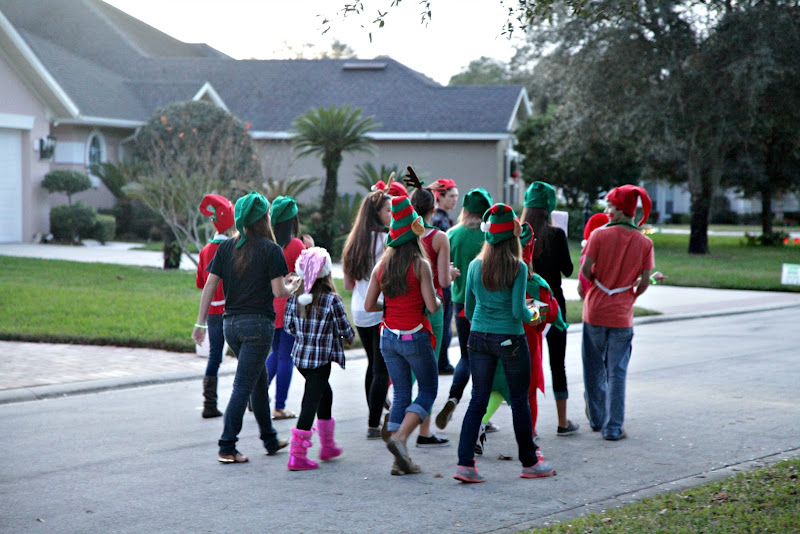 I was planning to make everyone a new Christmas outfit.  Coordinating, of course.
I just had to let that one sink. 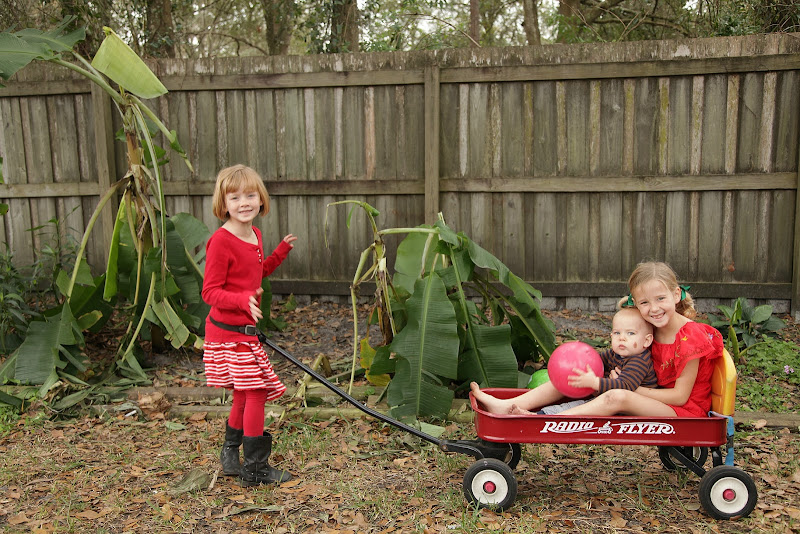 I don't think anyone even really noticed, except that we didn't get a decent photo together. 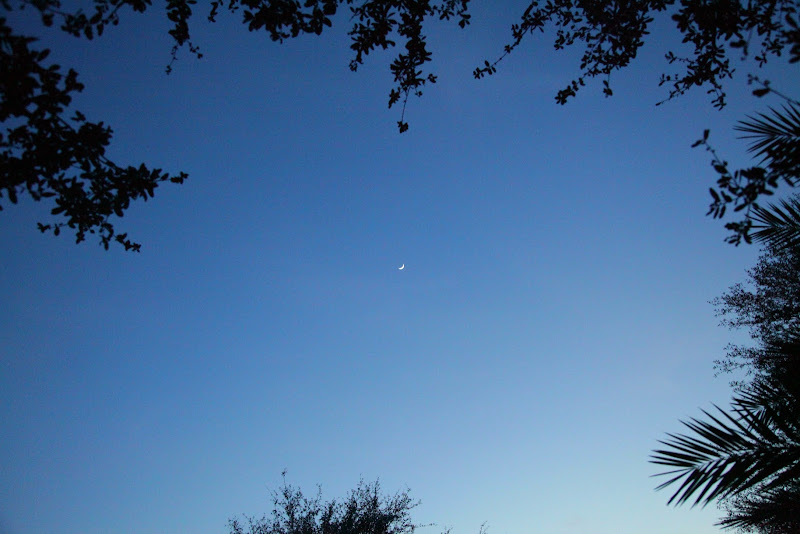 I stuck to the traditions that flavor our Christmas the flavor I know to be Christmas.  The Danish pastry.  A given.  I even tried another recipe which was not to my liking, so I went back to Julia Child's.  Don't mess with the master. 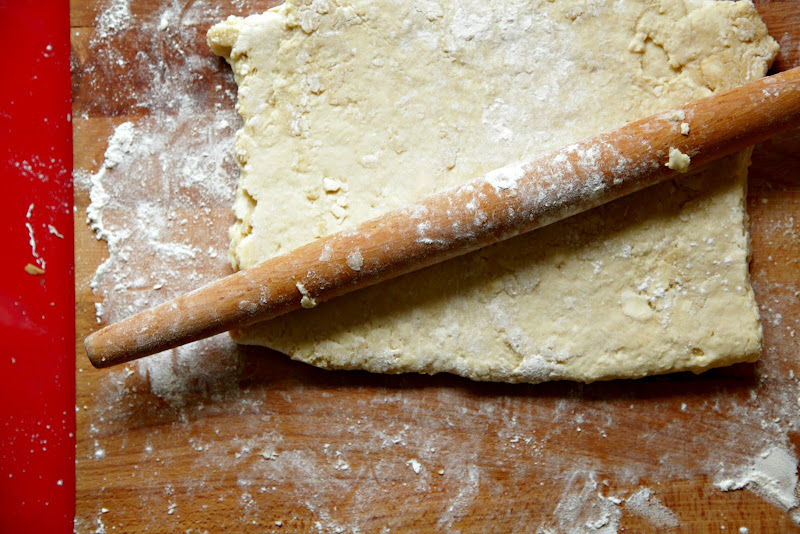 The pork and sauerkraut that I hated as a little girl are now what I make. 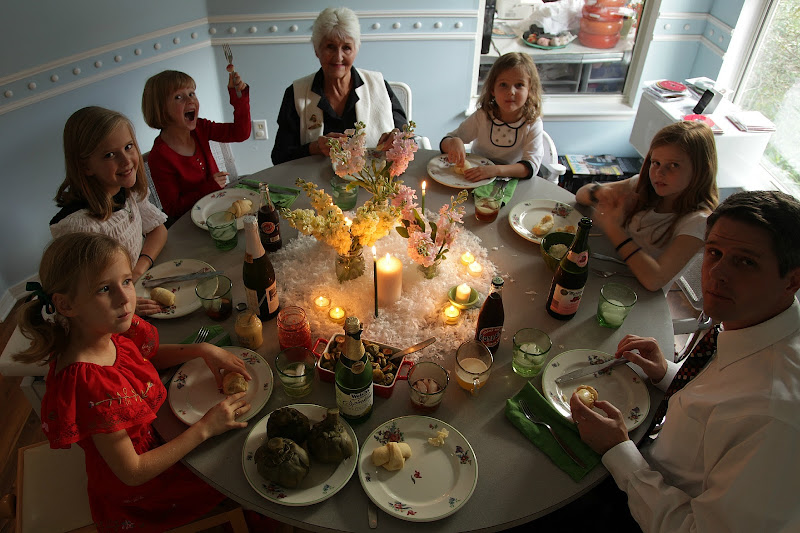 We had no snow except of the plastic variety, and Ryan brought home one of my favorite floral features: Stock.  Azure requested artichokes, Olive requested Brussels sprouts. 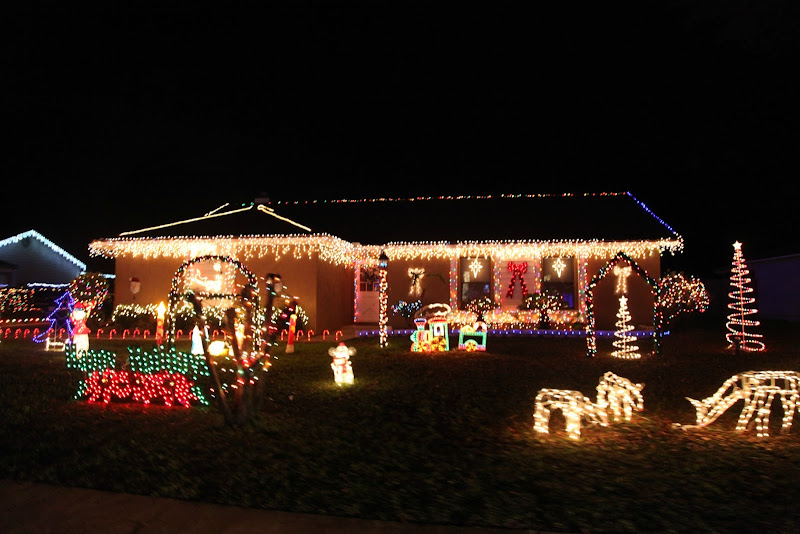 Always grateful for those who foot the electric bill to entertain our baby dills. 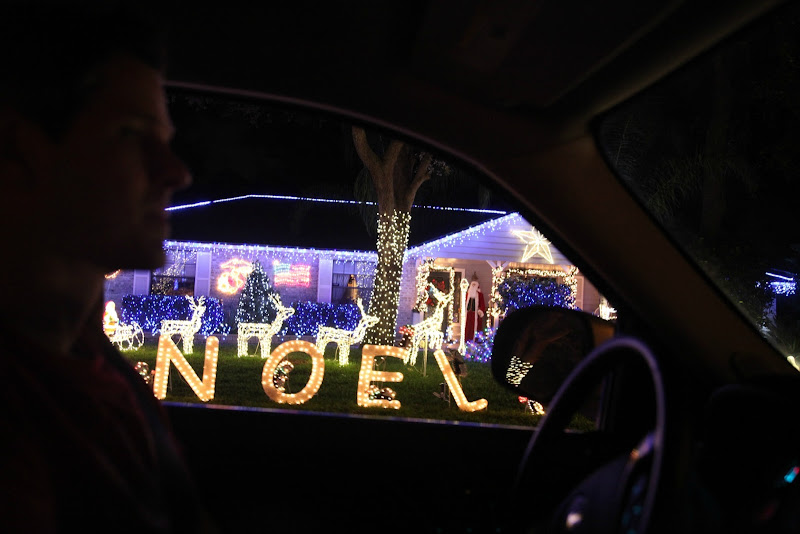 Even keeping it simple, it really did seem magical.  No grand gifts were given, except those made with the hands and from the heart. 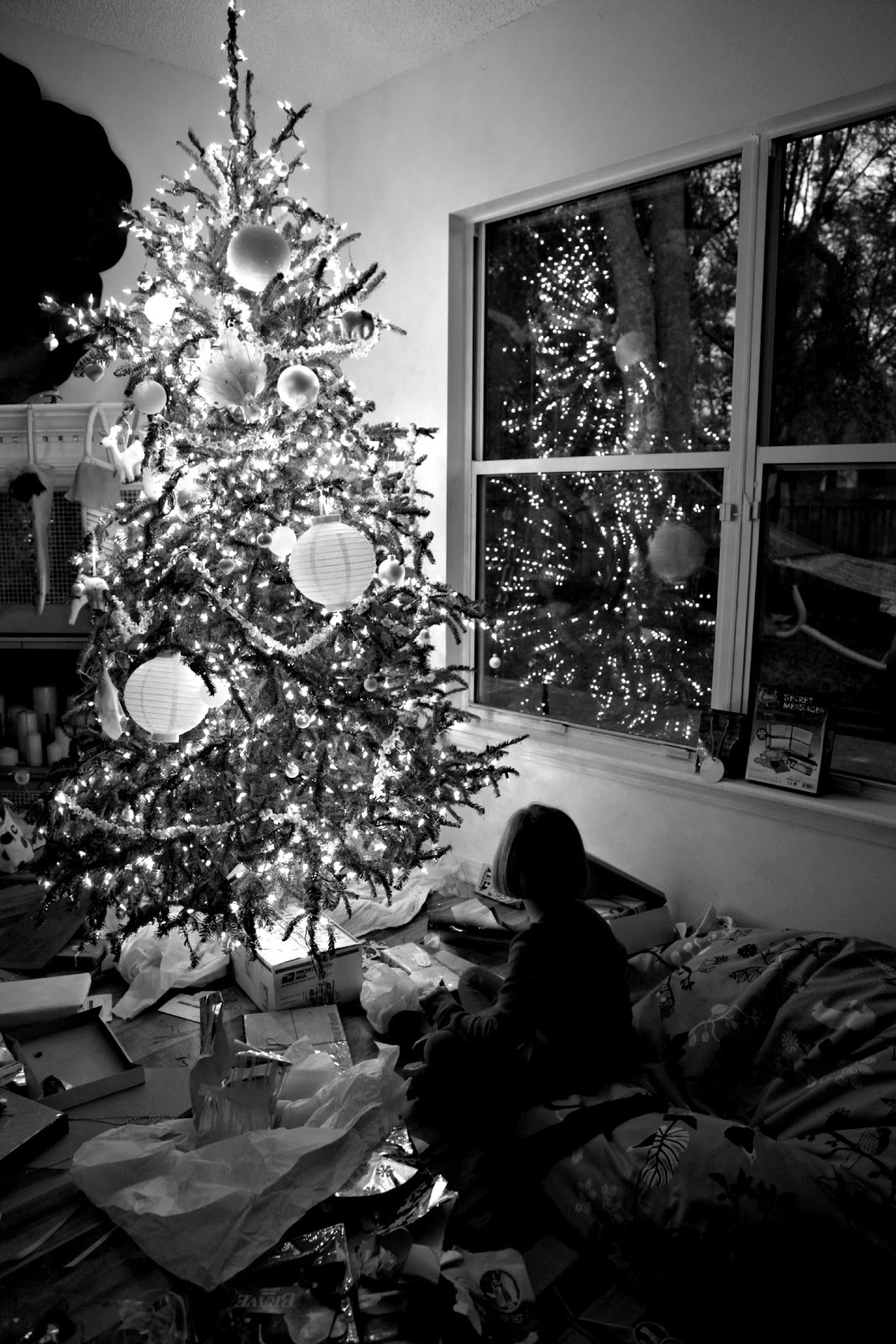 Peace abounded, even if for one night, as we celebrated the birth of our Savior. 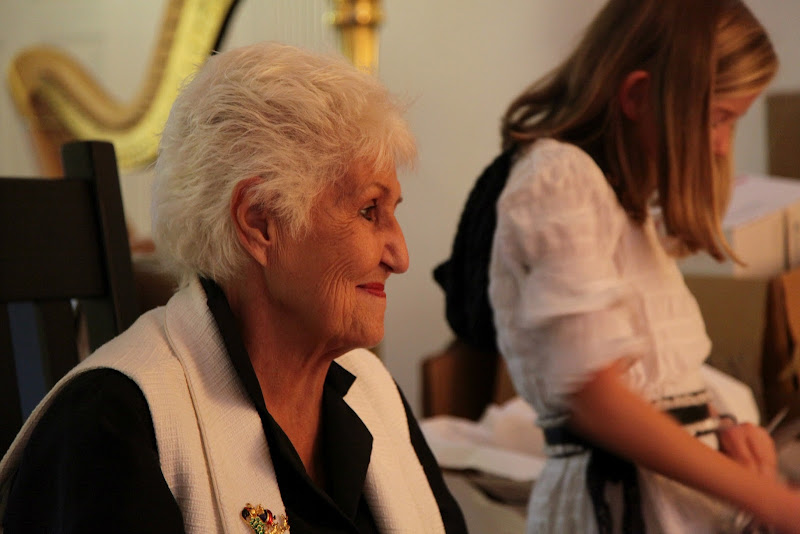 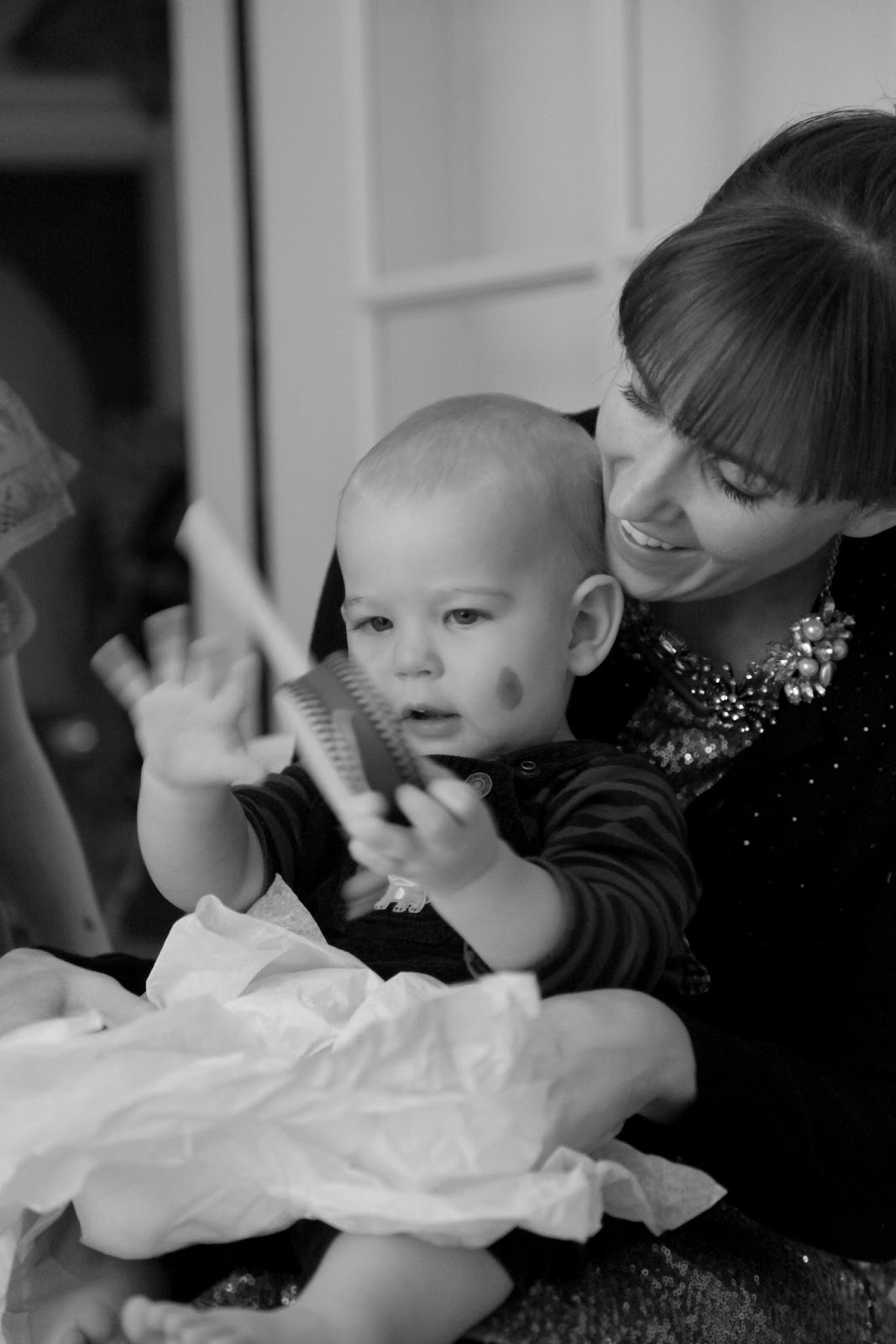 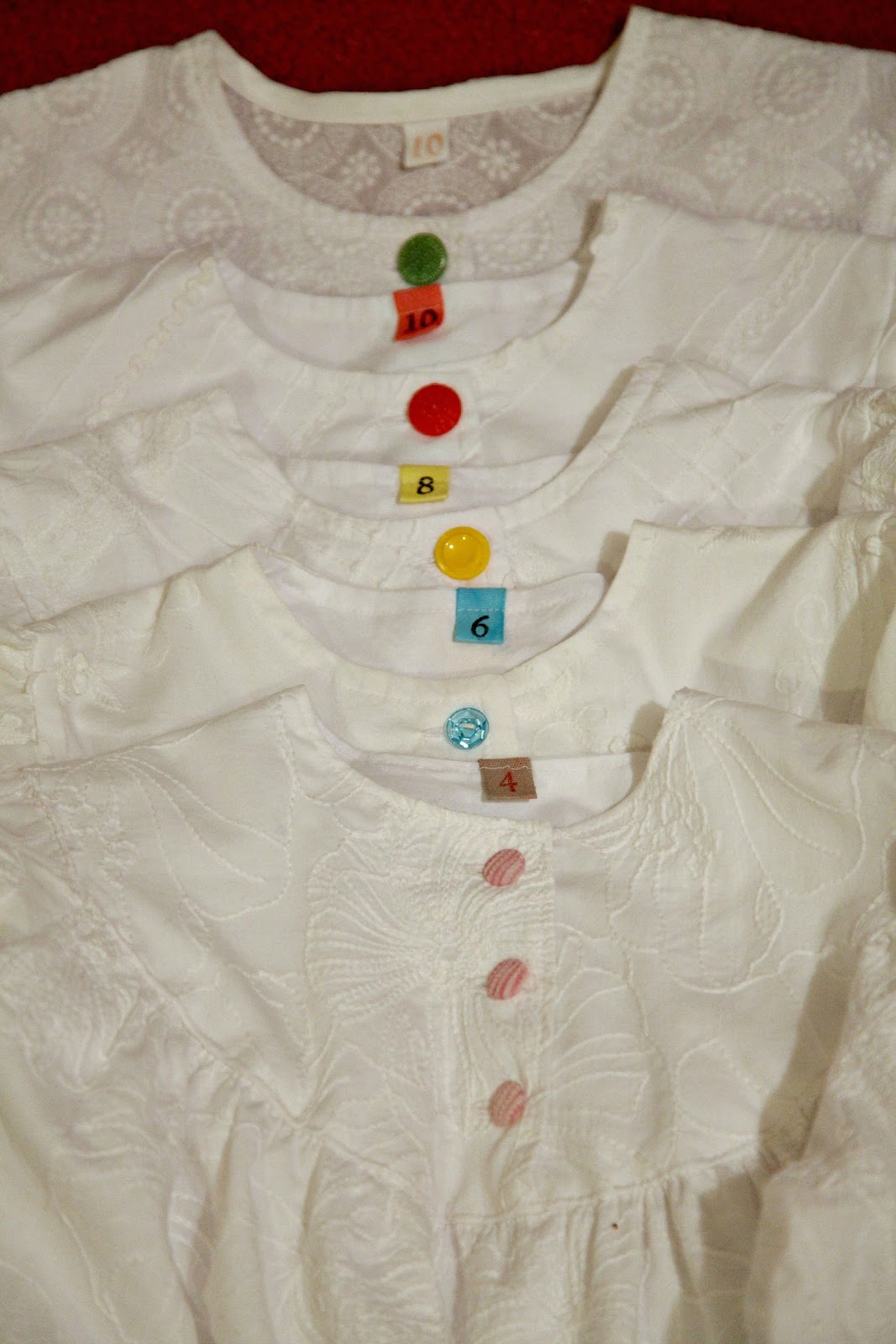 The nightgowns I made for my 5 girlies were done.  Except Clover's seemed a bit too short, so I told Ryan to hold the eggnog, I would be right back, because a ruffle needed to be added on the bottom of hers. 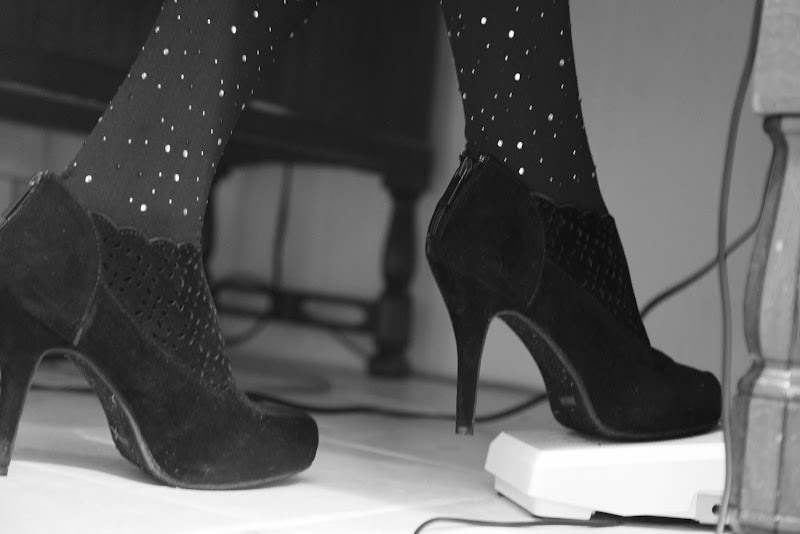 He came in to laugh at the sight of me sewing in my heels and sparkles and I just explained as I ruffled, that this is who he married.  I like the details.  I may not be very good at planning ahead, but the details are important to me.  Then on top of that, I suddenly announced that we needed to do a string maze hunt to lead them to their new nightgowns and sent him on his way with my mammoth spool of string, in and out of the house, around, through and under until it reached... 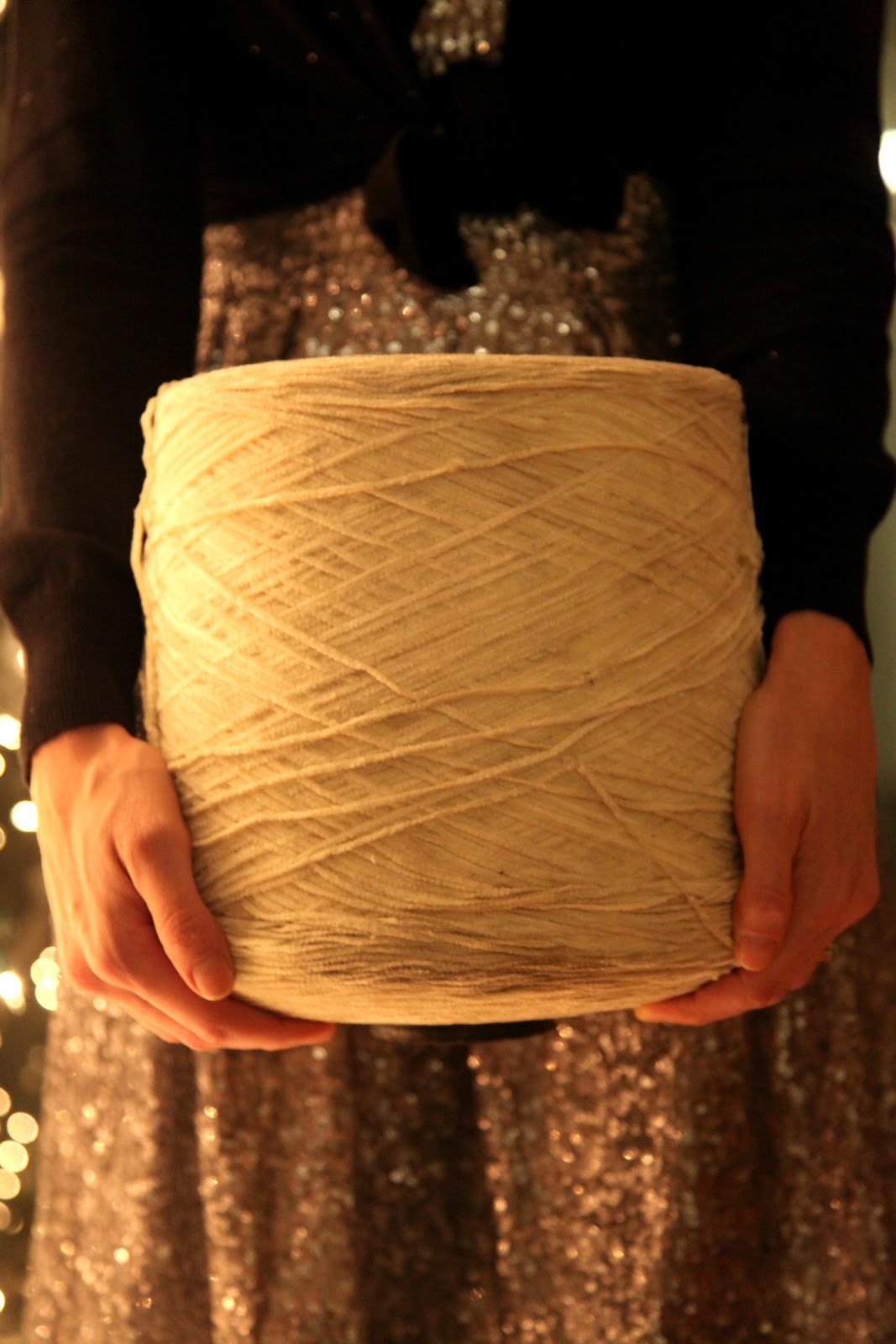 the treehouse, which rather looked like it was filled with ghosts :) 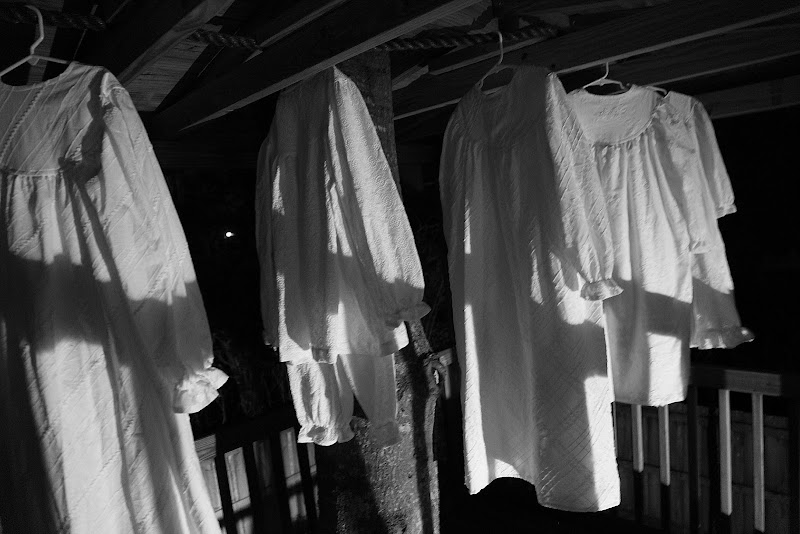 This will definitely be a new tradition, the girls might have dubbed it the best part of the night. 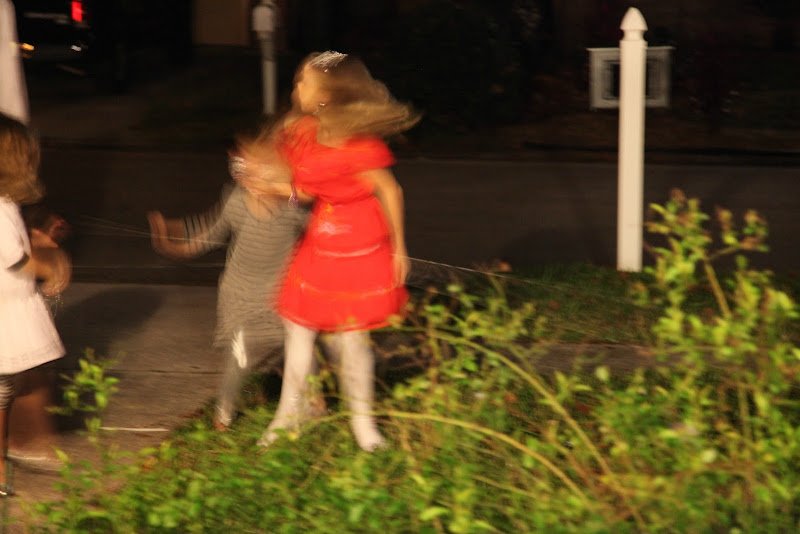 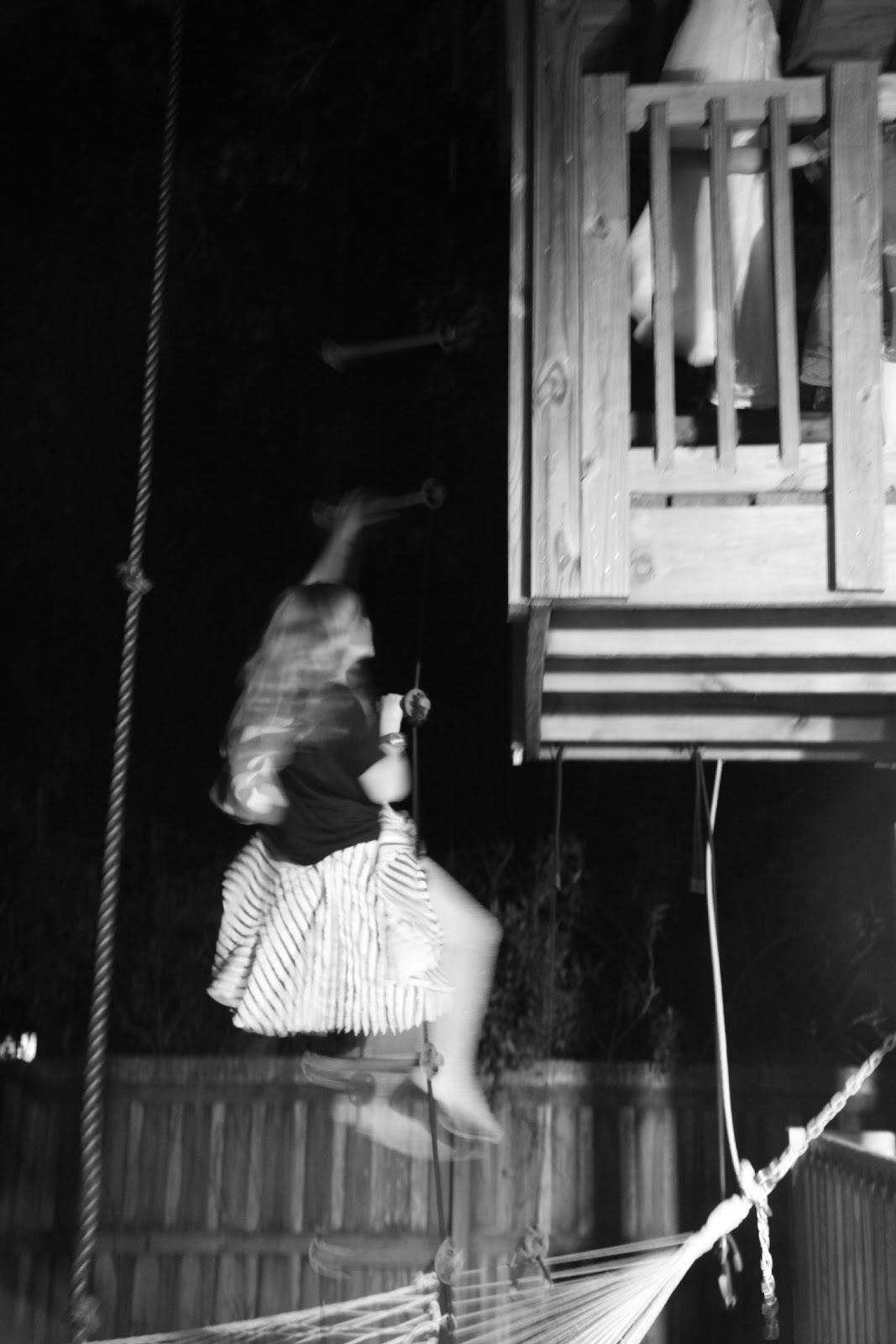 They went up in Christmas apparel, 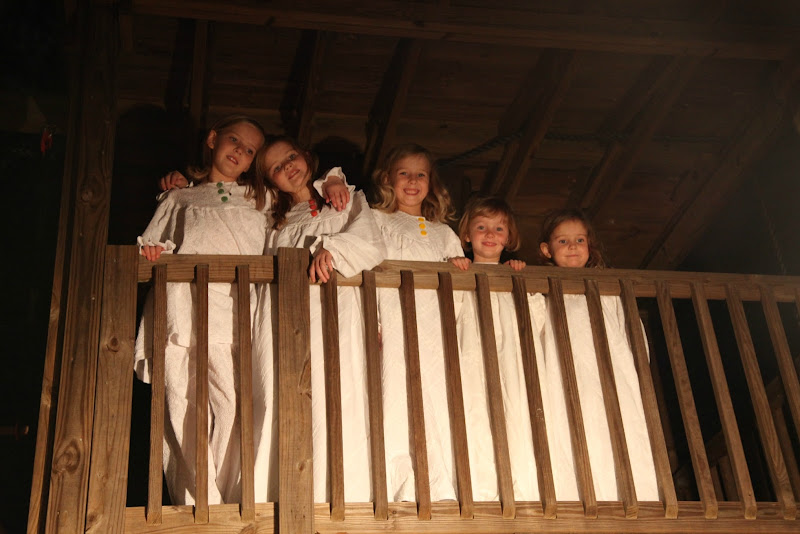 and came down, ready for Santa's arrival, and with broader smiles and brighter twinkles in their eyes. 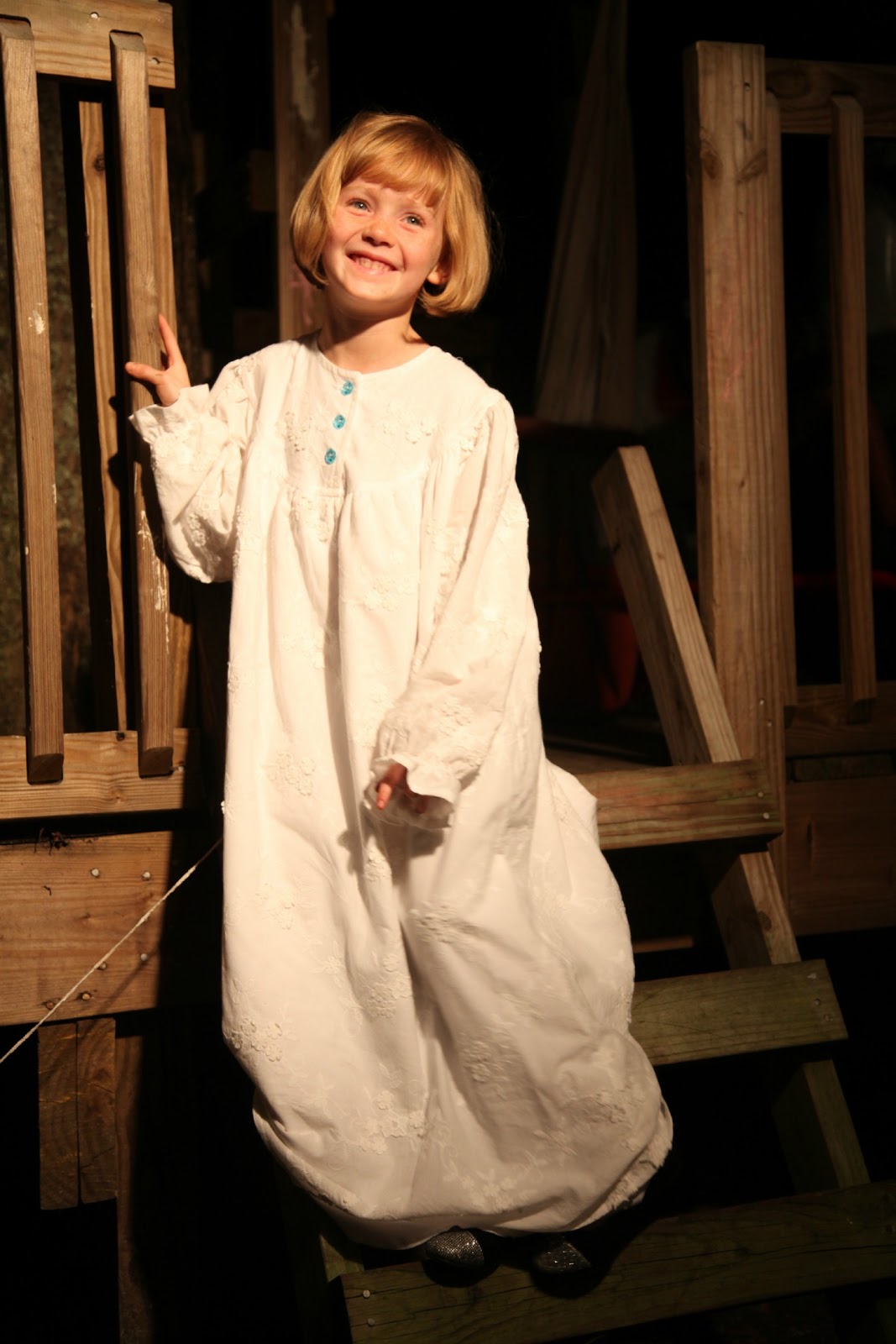 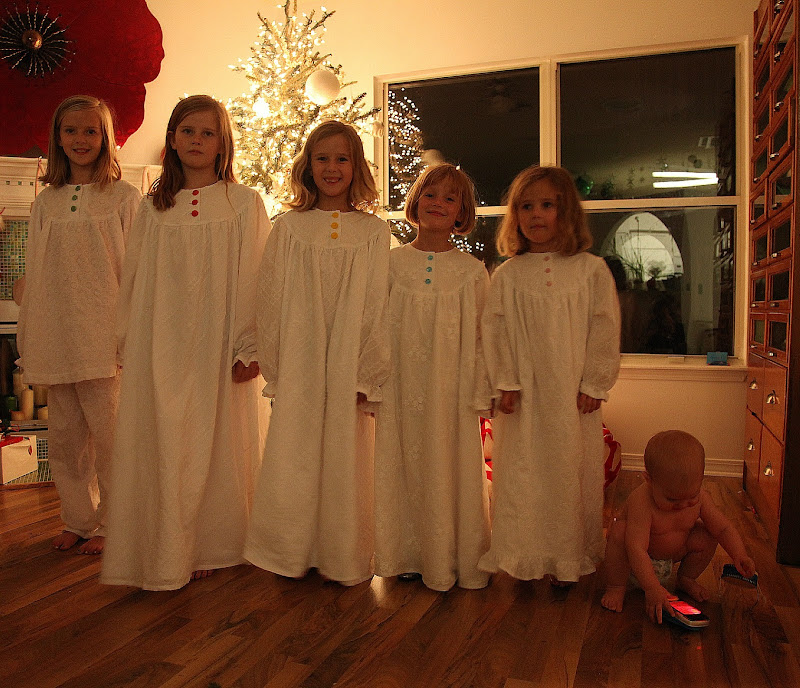 Drummer didn't care that there was no new nightwear for him nor even a stocking hung with care by the fireplace. 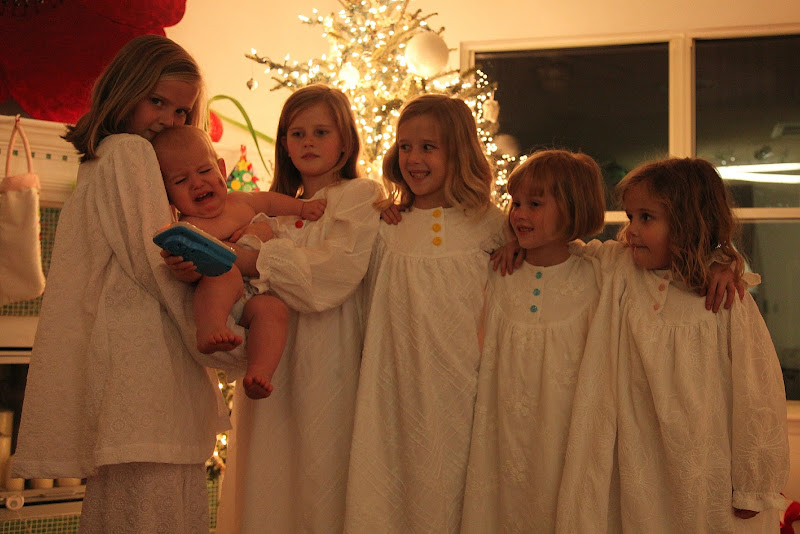 He has plenty of fuss made over him already, I guess. 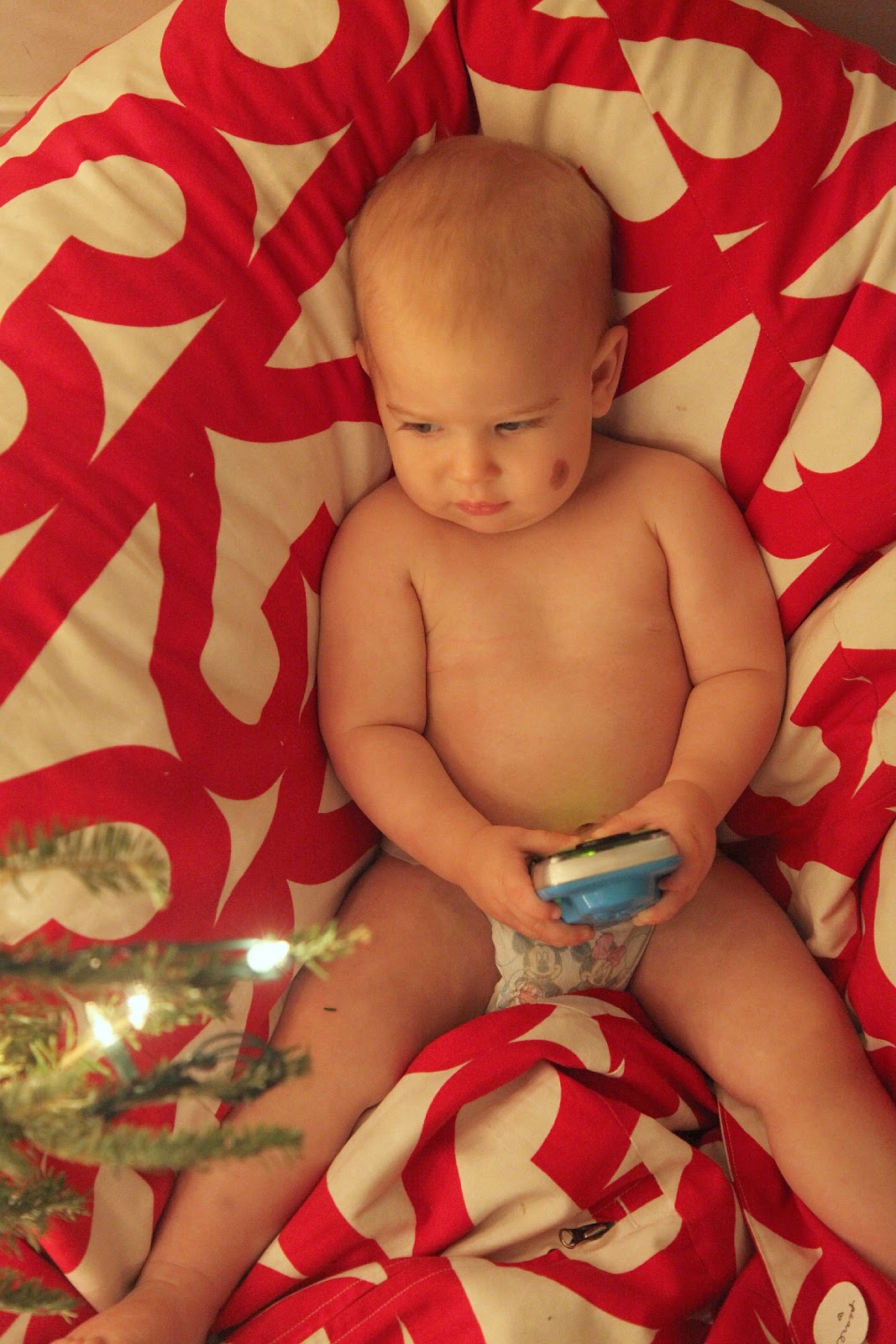 And if you think that's it, you forgot that there's Christmas morning, too.