My friend told me it would make lots of people feel better knowing that I, too, get behind.  Yes?  I am human.  I have stuff happen.  < that sentence is lame, but I'm going to leave it anyway.
H is for holes, heirloom, handkerchief, and herringbone!  Hooray! 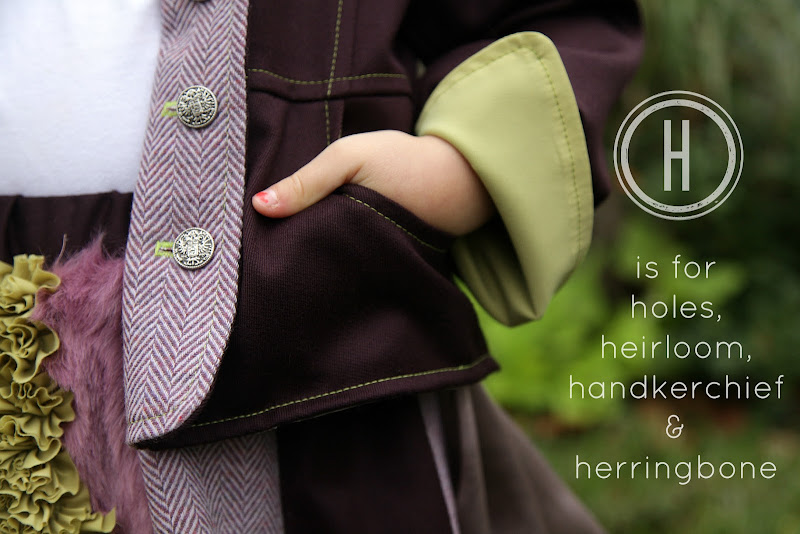 I?  Haha!  I had this strip of imitation fur that Clover repeatedly pulled out each week and asked if I would put it on her next dress.  I hoped she would forget about it, but then she would pull it out again.  Ol' elephant memory, that girl.  And impractical?  Yes!  This skirt is what non-quilters do with their scraps.  Or is just me?  I had a little bit of lining left from the jacket, as in less than 2 square feet.  I cut it up into a million bias strips about 5" long and sewing them together, ruffled them and smooshed them onto a little triangular insert, added the tiny bit of herringbone I had left that was a scrap before I even started the jacket, did some iridescent sheer scrap in the back and then filled it in with the eggplant wool.  Ryan sat in the sewing studio reading a book while I was working on this, and I kept talking to myself.  He's learned that I do that when I sew.  So.  Impractical? Absolutely.  What happens when she gets it dirty?  Not sure yet.  Just glad I'm all caught up. 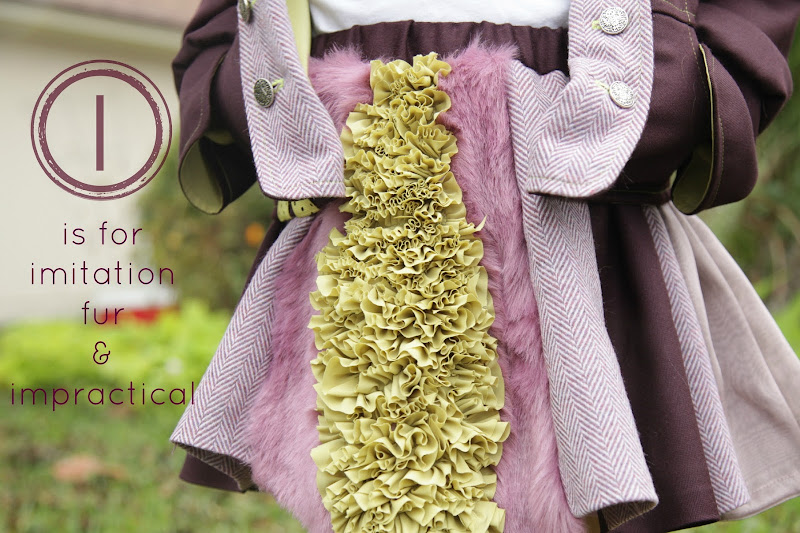 Plus. She's happy she got her fur. 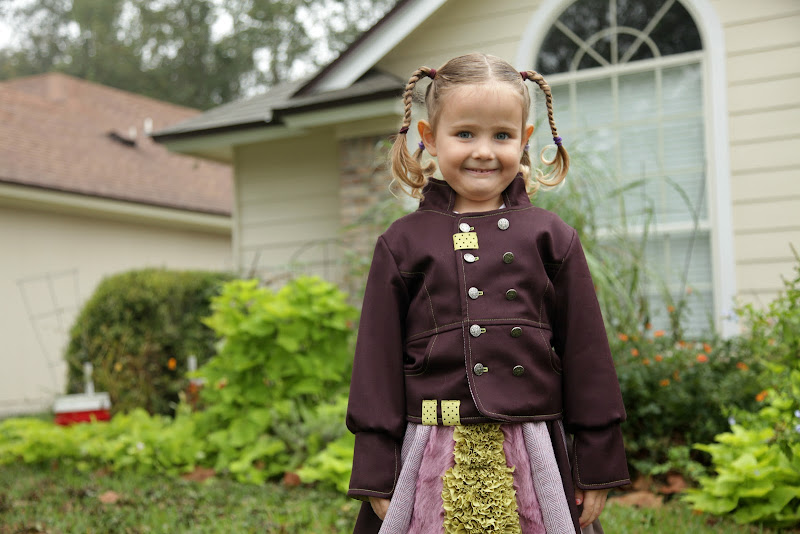 The jacket also has a story.  I love stories.  M for mishaps is what it should be called, but I will tell that another time. 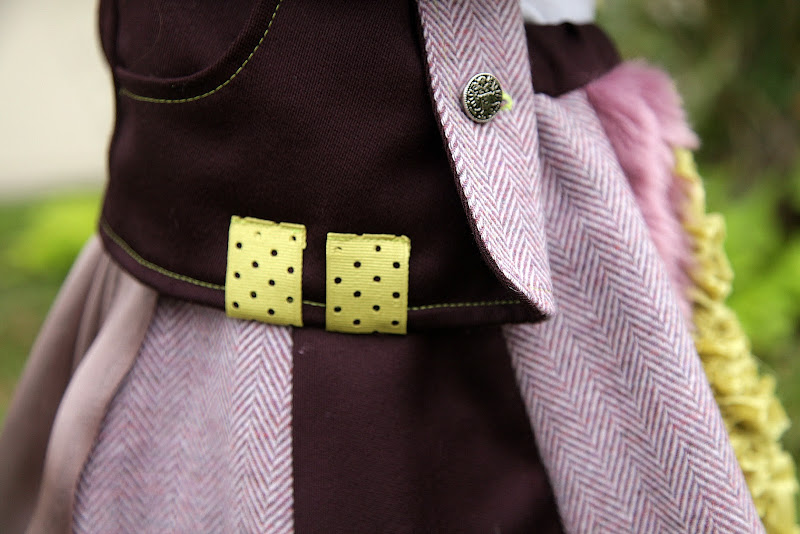 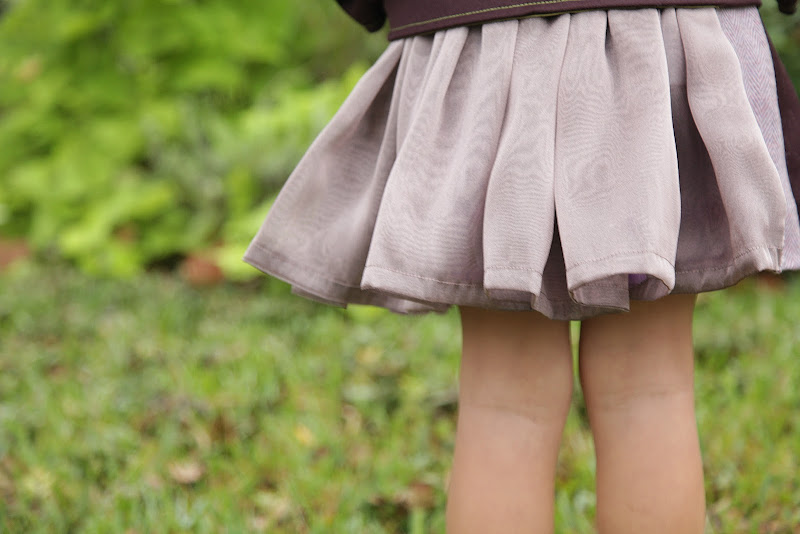 The jacket is made with an Ottobre pattern, Spring 2011.  It didn't come in her size, so I had to readjust.  I also added the lining which caused the mishaps in the first place. 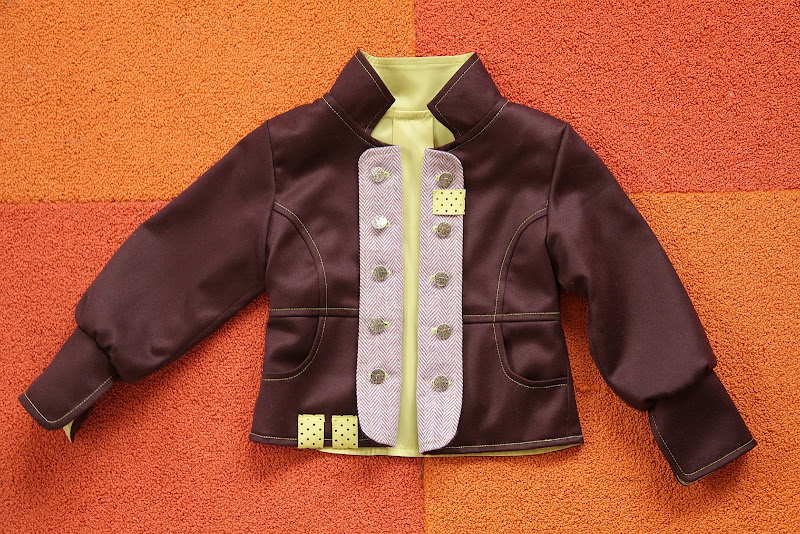 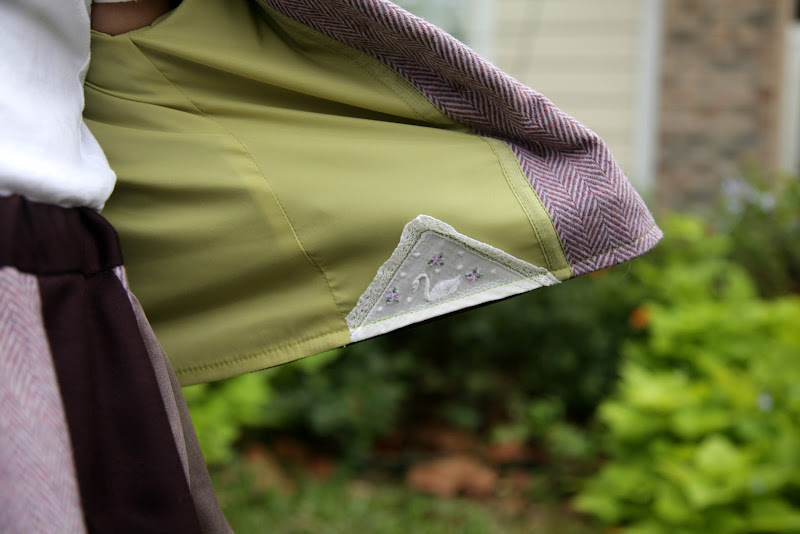 This was her reaction: 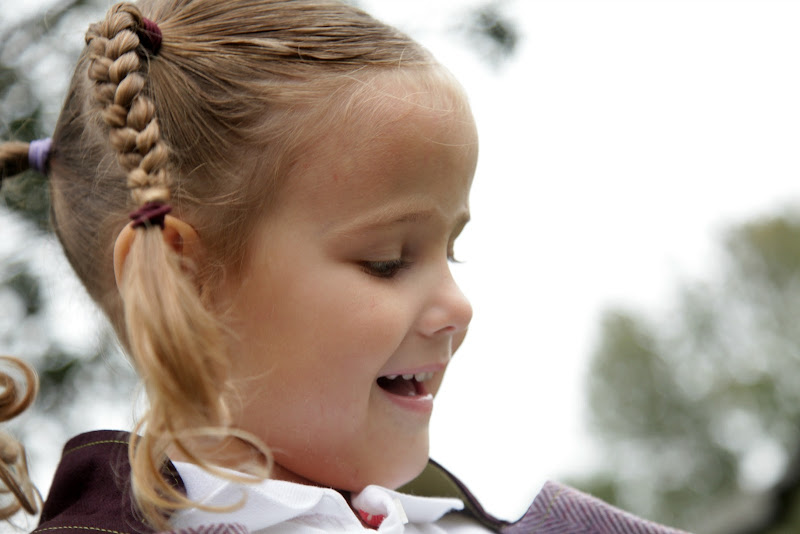 When my grandmother passed away several years ago, when Pearl was a baby, I asked if I could have her handkerchief and pillowcase collection.  This was one that I cut off the corner as an heirloom for her great-granddaughter that she probably helped send to us.  I love that it's tucked inside, right next to her.  (And yes, that's strawberry jam on the side of her forehead.  Is that why her hair was so hard to comb?!) 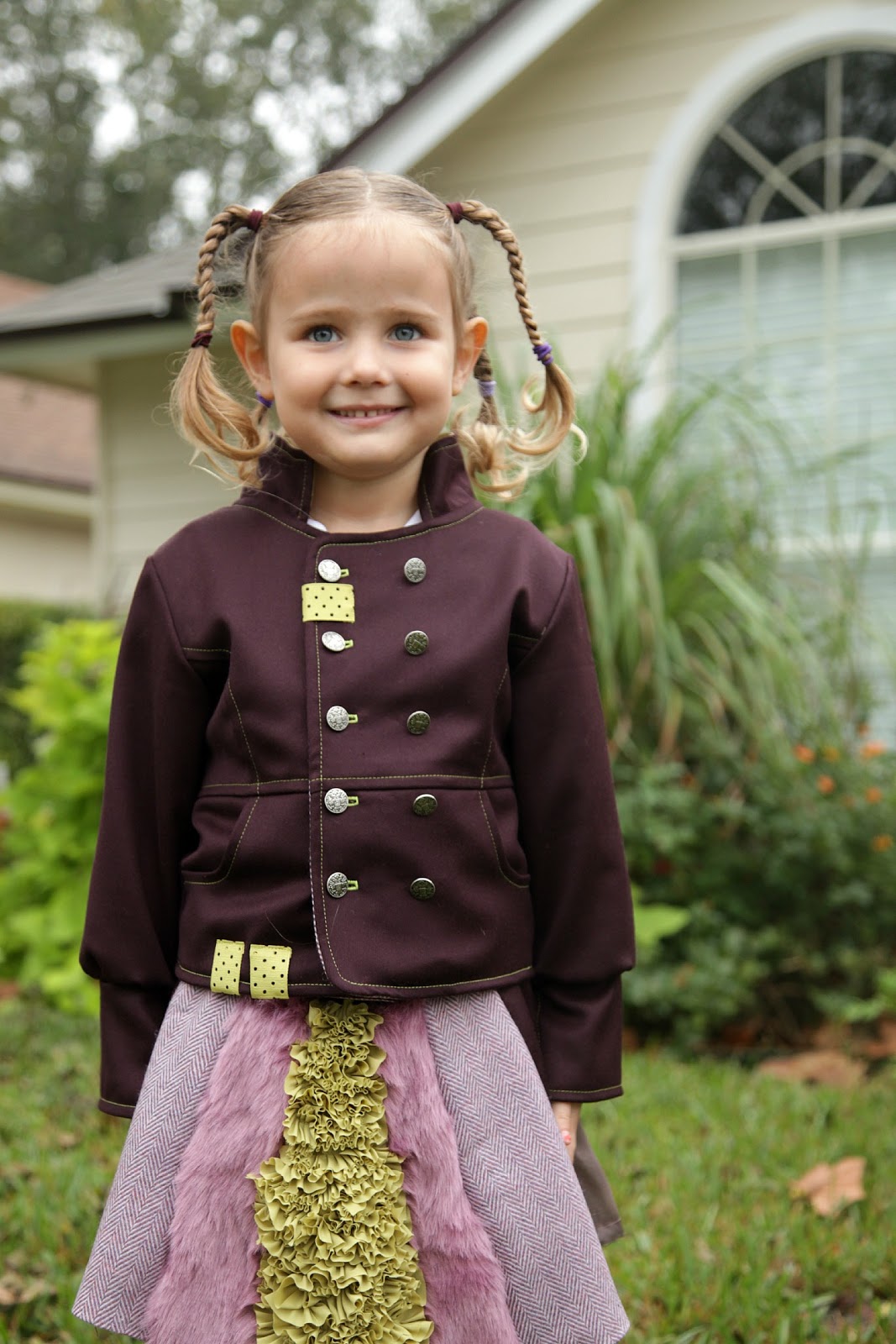 The holes on the ribbon just happened to work into the h scheme.  So nice of them.  The skirt makes me giggle.  I told Ryan it's her hodge-ka-podge skirt (remember that episode of Project Runway, where Heidi couldn't remember the term hodgepodge?) 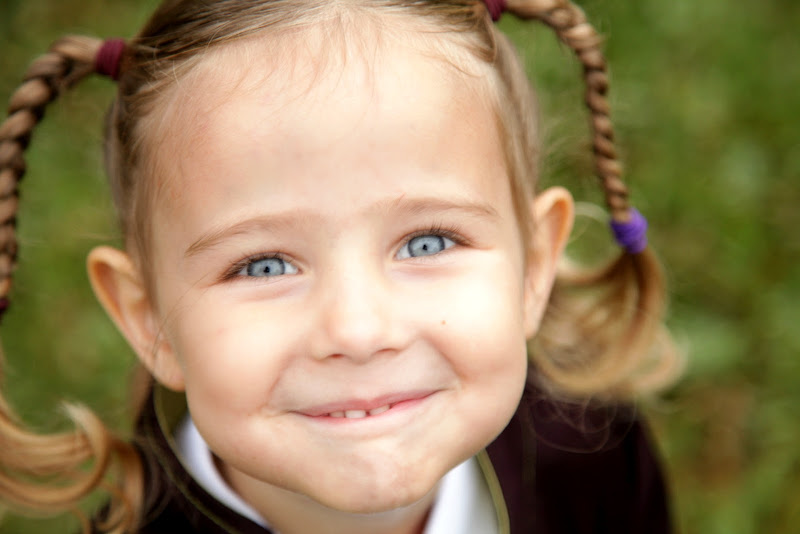 She got her fur.  That's all that matters.
Created by Big Black Car Beatz