Well. He's gone and done it.  The boy turned one.  I did not approve that.  Has it really been a whole year since I was 9months PLUS 2 WEEKS pregnant?  That went by faster than my bobbin winds. 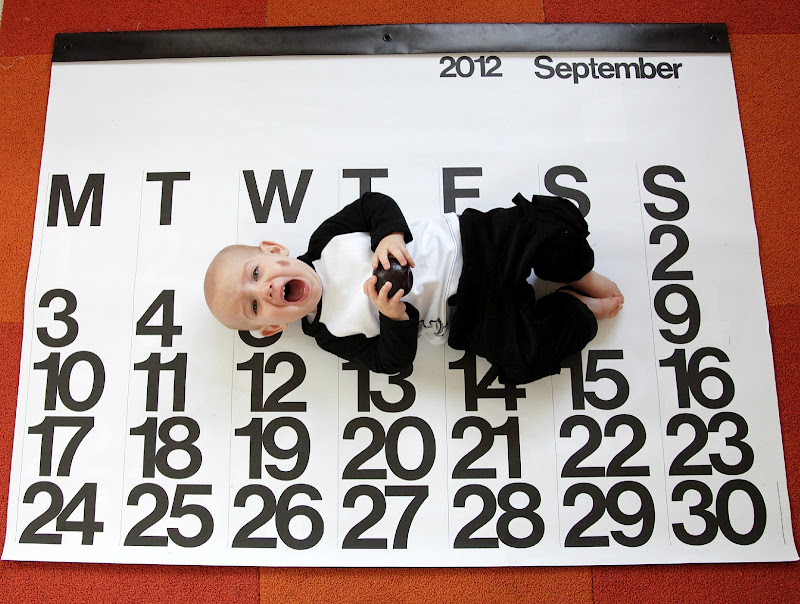 Please excuse the stray threads on the carpet.  In the middle of busy, full-speed sewing.  No time to vacuum. 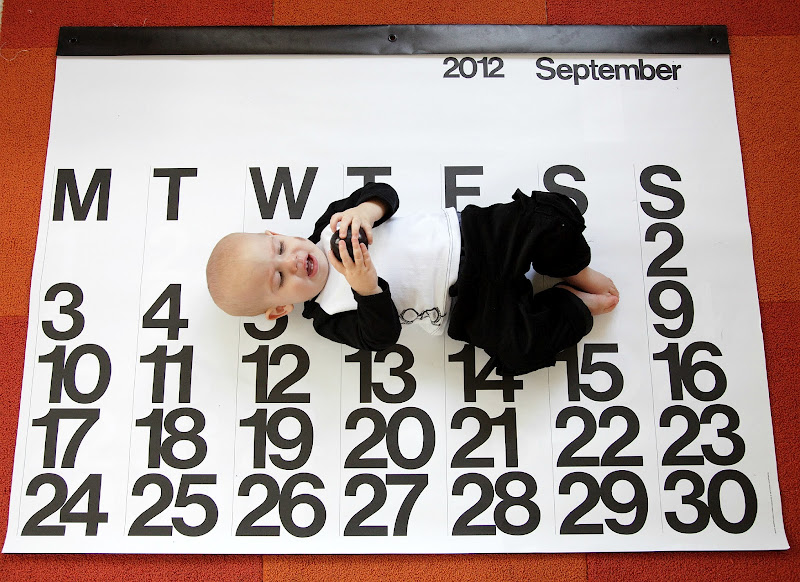 This was actually take two of our photo shoot.  Yesterday did not go well.  It was more like this: 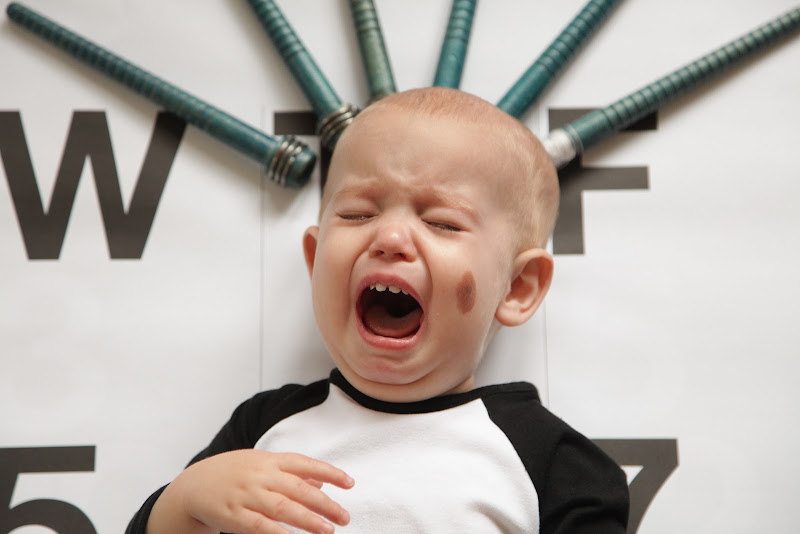 and it almost went the exact same way today, 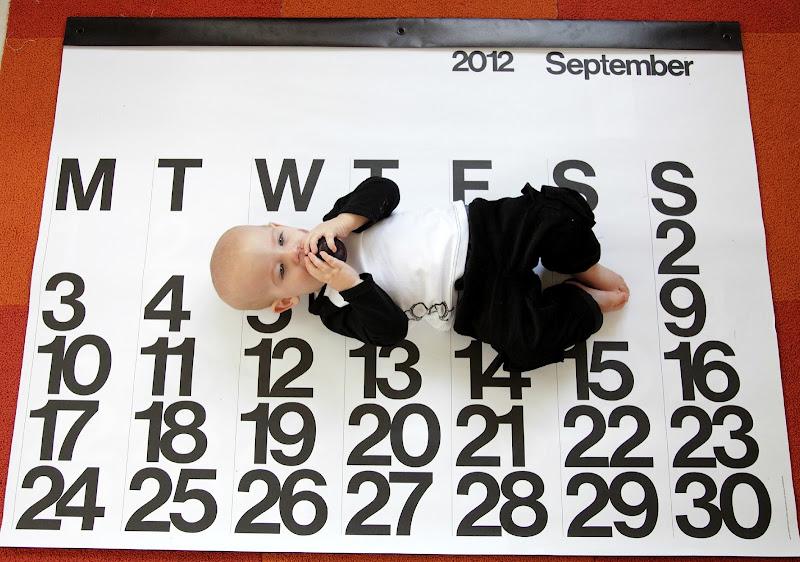 until Drummer discovered that I gave him a plum to hold, not just a plain old ball.  Yes, sir, that changed everything. 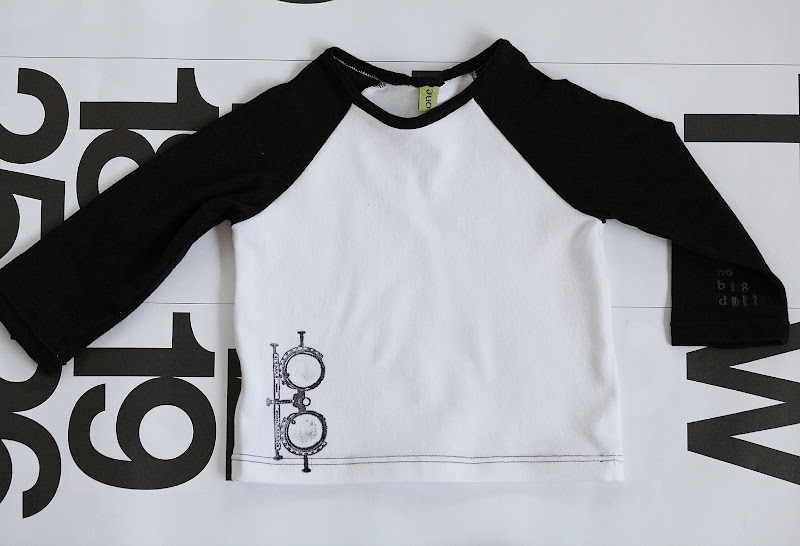 The shirt and pants are another Oliver + S fall pattern that just came out.  I've never had the chance to try out one of their boy patterns, and I have always been in love with raglan sleeves, but my girls aren't huge fans.  I stamped the spectacles with fabric ink and used contrasting thread for the hem, mostly because I was too lazy and in a hurry to change thread, but then I really liked it, so I'd do it again.  Can you find "no big dill?" 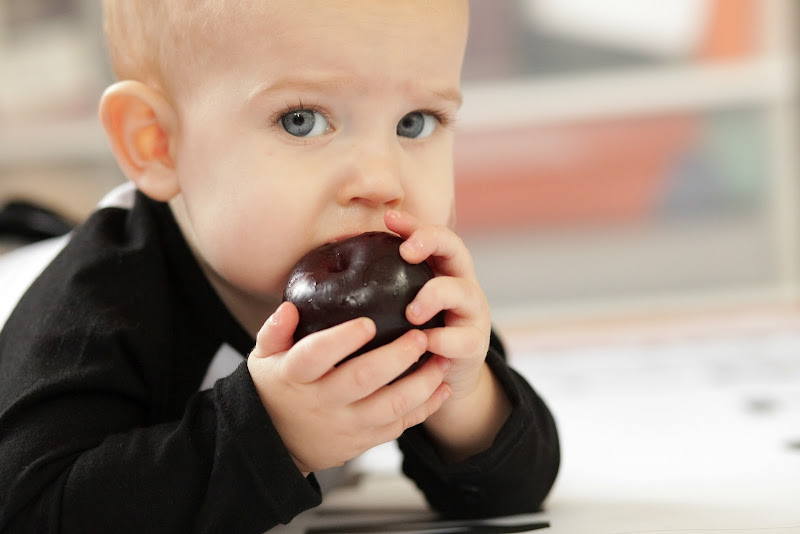 This was so super speedy to sew.  Under an hour, faster if you're making them en masse.  Which. I think I'll do I love them so. 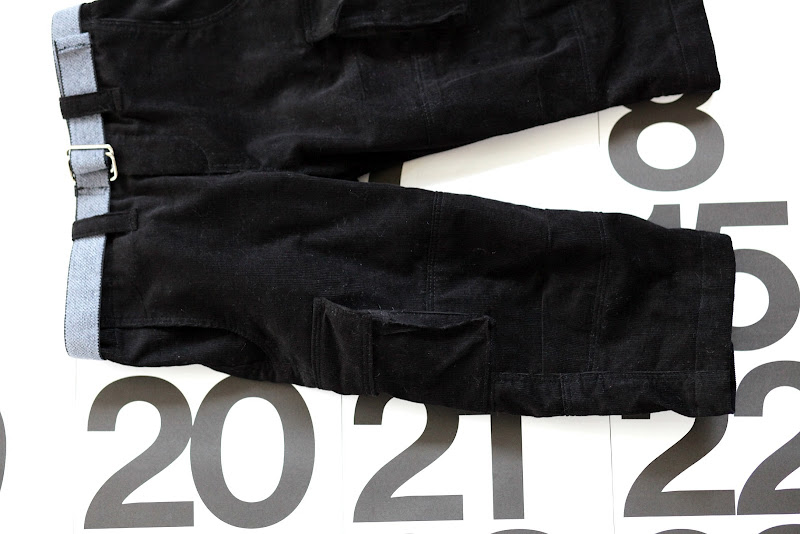 The cargo pants will take much longer, but I think they turned out so professionally with the 3 dimensional pockets on the sides and the knee darts.  Knee darts!  How seductive is that?! Oh, and sorry about the lint.  No time to de-lint.  Must sew. 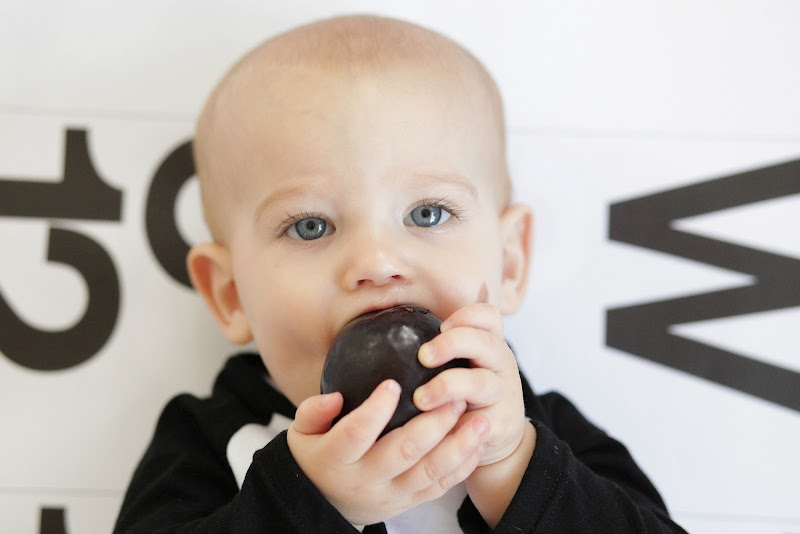 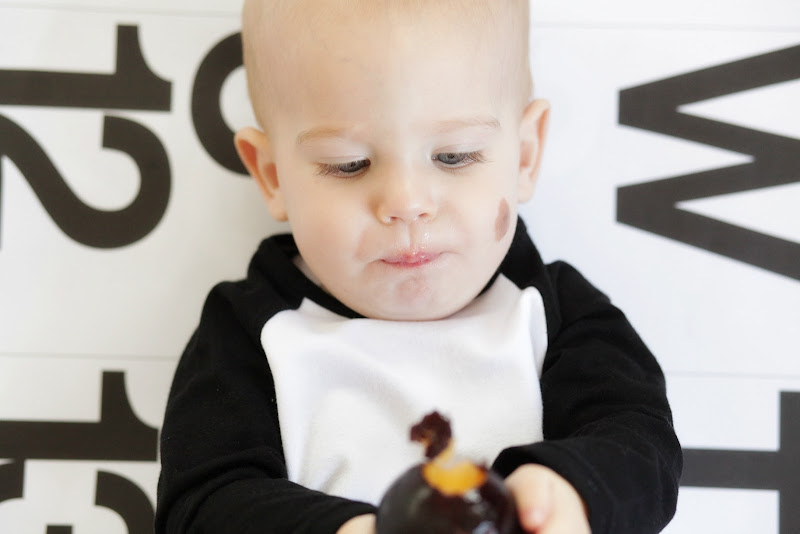 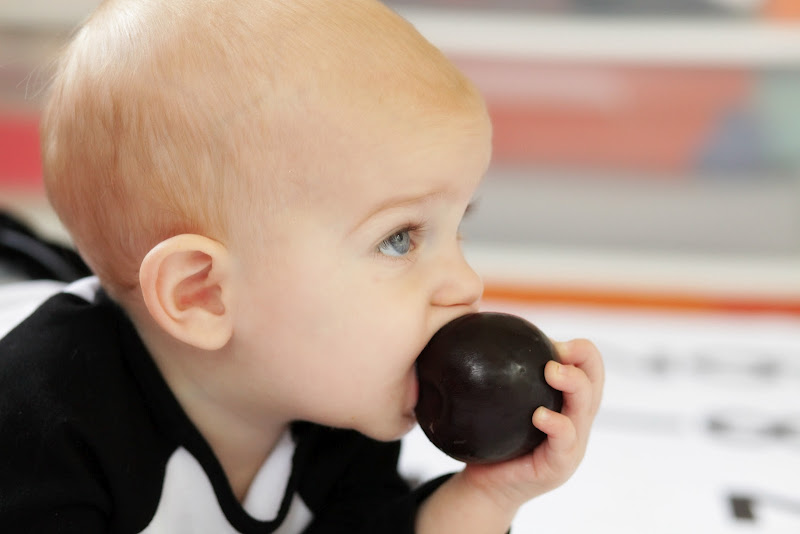 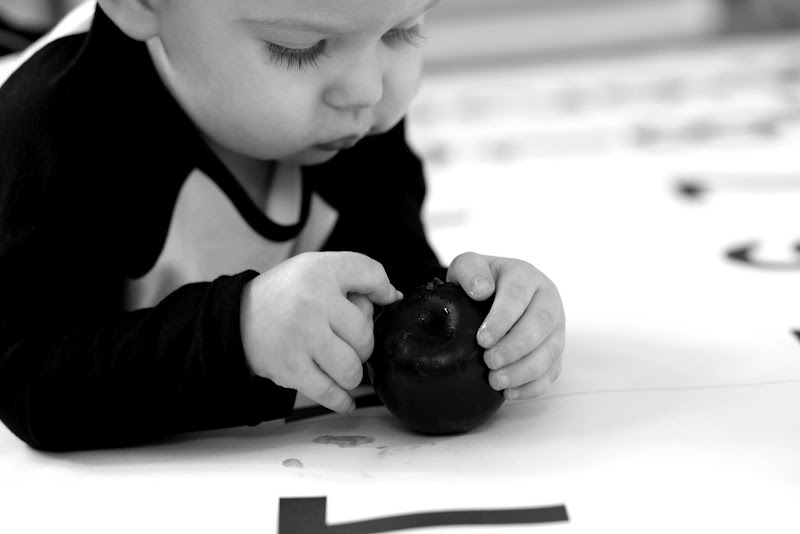 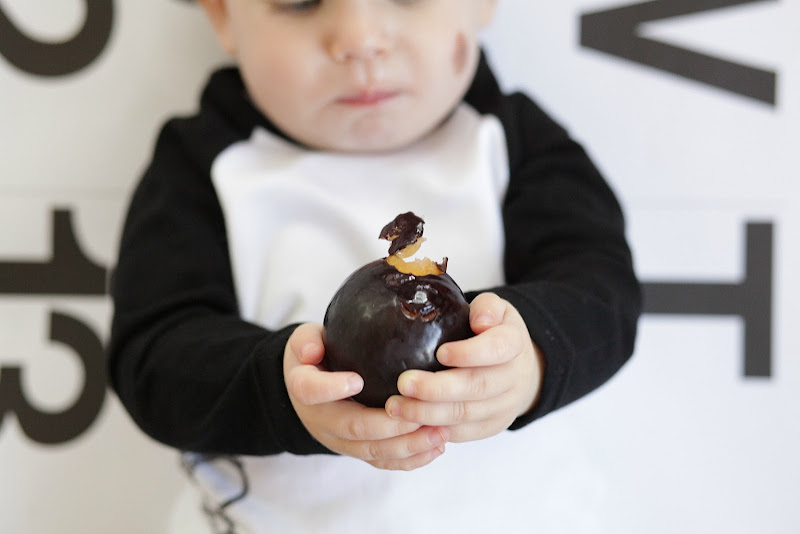 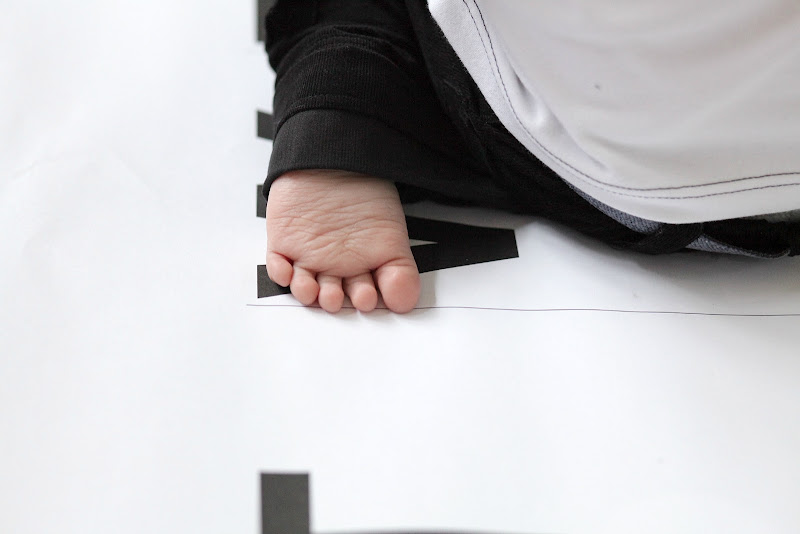 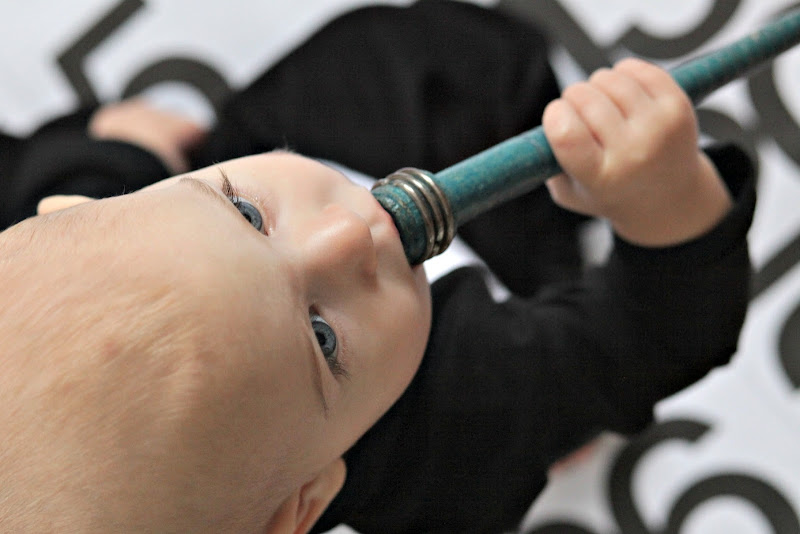 It was just yesterday wasn't it, that he was like this: 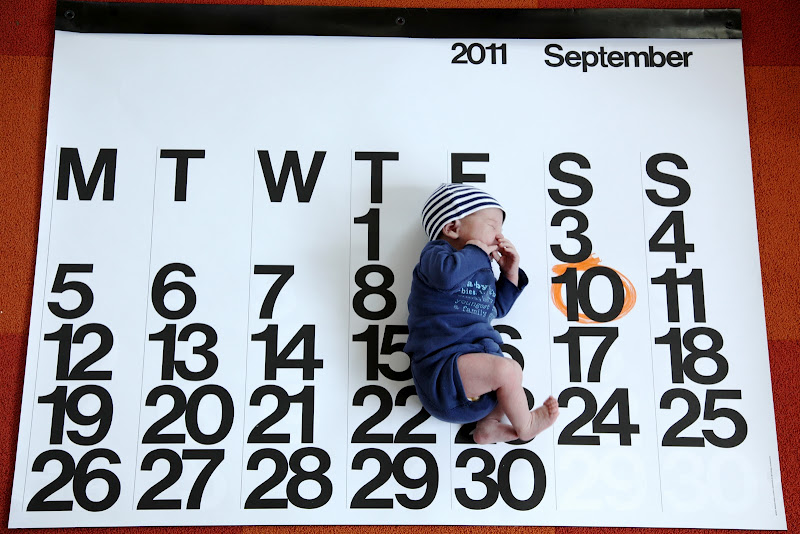 Can't stand that he's starting to stand.  I'd put a stop to it if I knew how. 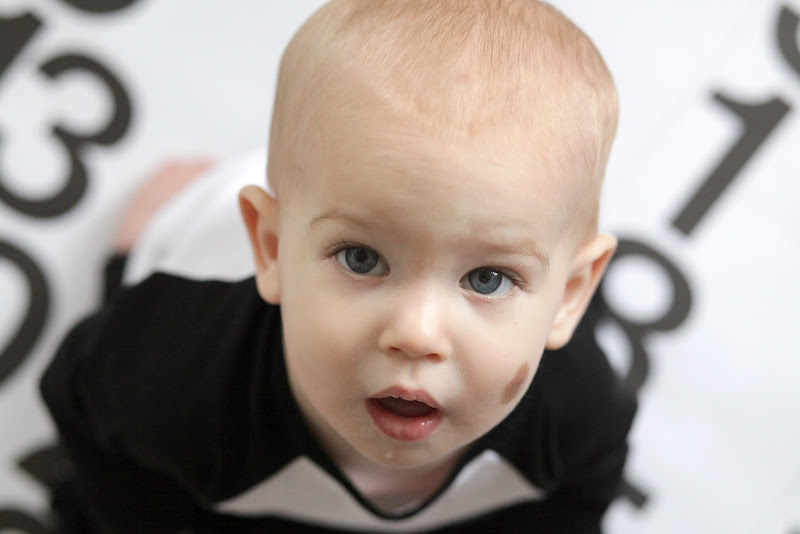 Happy One, boy.
You've changed us for the better.

calendar
Created by No Big Dill