So Far This Week 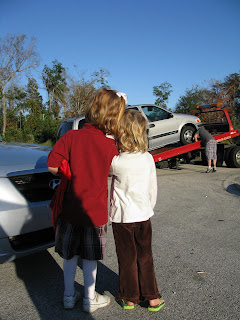 So far this week, we are down to one car that doesn't fit our entire family.
(Fortunately, gammy has permitted us to use hers for now.)
It just died.  Over and over.  As we sat on the side of 9A (4 out of 5 kids with me), cars whizzing by, trying to plan my next move, there was discussion in the back seats as to what we were going to do.
"What was that noise?"
"Maybe we're out of gas."
"Why are we just sitting here?"
"Daddy took the car to be fixed, but he didn't do a very good job."
"Why aren't we going to Gammy's?"
"We have to wait for a toad truck."
So we waited.  Ryan arrived.  Toad truck arrived.  We waived good-bye to Jack.  We piled (yes, I know what you're thinking) into Ryan's car and made our way to Gammy's.  Jack is still gone, but we're just grateful we were all safe. 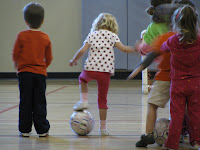 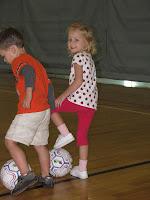 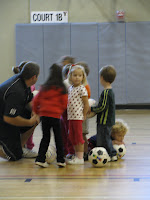 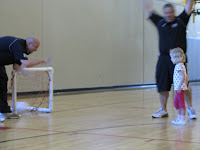 Also this week:  Olive began soccer.  She resisted participation at first, but soon joined the rest of these miniature people, running around after scattered balls like a dropped bag of marbles. Jumping jacks were more like erratic spasms of limbs and occasional jumps, and there was no difference between galloping, skipping, and running.  She had fun, though.  I think we'll return for more.
Created by No Big Dill