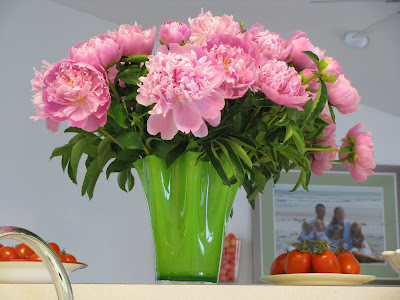 I'm flying solo this week.  Ryan flew to Cincinnati (though he's really in Kentucky) for the week to be further educated and skillified in his career. He left on Sunday, yes, Mother's day, to which I replied he needed to make it up to me.  Big. He left me these beautiful peonies to enjoy as well as a few other tricks up his sleeve.  Thank you, love.
Meanwhile, I'm allowing the girls to take turns sleeping with me.  Pearl's turn was last night, and I must say her cuddliness only increases when she's sleeping.  I felt like she had a dozen bony limbs instead of just 4.  I finally had to set up a pillow blockade to get some sleep. That did the trick until the morning when she saw I was awake, quickly surmounted the blockade, put her little, soft hand in mine and laid her head on my arm.  What sweetness to wake up to. 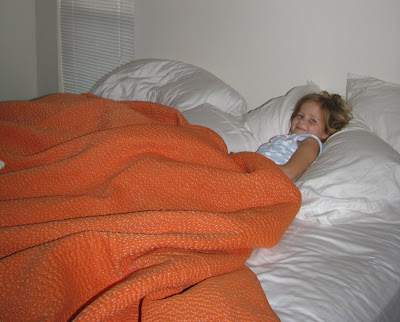