I had grand plans of sewing something for every one of my girls. "They all need to be in on this project!" I thought, because what this particular fabric tour stands for.  The Simple Simon girls emailed me, asking if I'd like to participate in the Shine Bright fabric tour, featuring fabrics designed with daughters in mind. 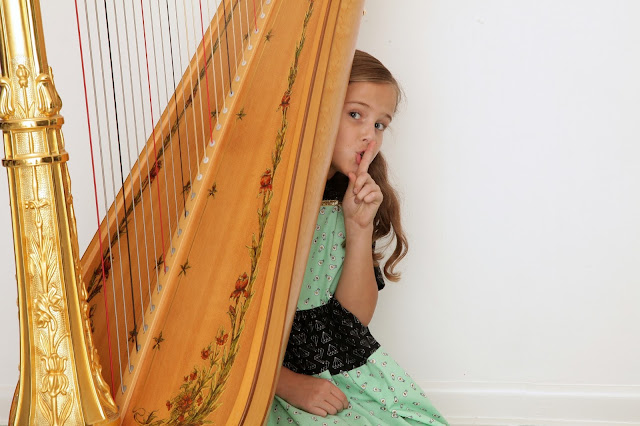 "We can see the light inside them...we can feel their potential and we wanted to create something that would constantly remind them of the good that we know they are," they wrote. So, yes.  I felt like I wanted, no, needed to do something for every single one of my girls. 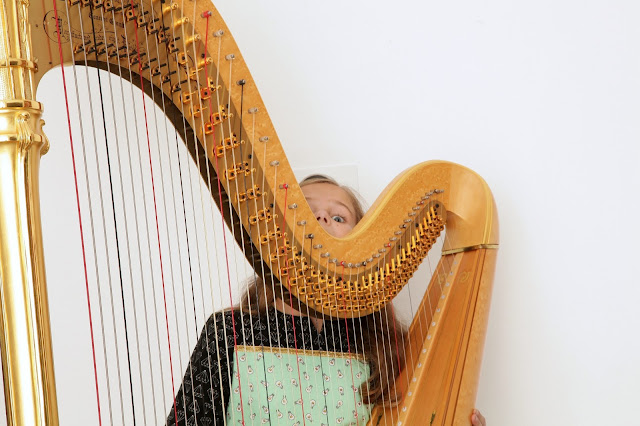 I began sewing with the extraordinarily fun fabric--the main print that has sayings to remind them of their brilliance and worth, and other prints with light bulbs and diamonds to remind them that they need to shine! I got Clover's dress completed and she, of course, was thrilled. 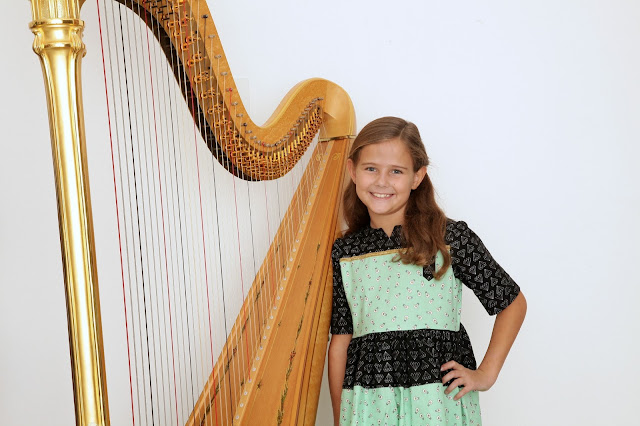 As I began to move onto the other projects, one of my girls had a metaphorical raincloud envelope her.  Life. Just as we, as adults, feel the burden of it, so do teenagers and tweens and even those single digits get you feeling down. I think it had been piling up for a while, but something as simple as an algebraic equation broke the camel's back. 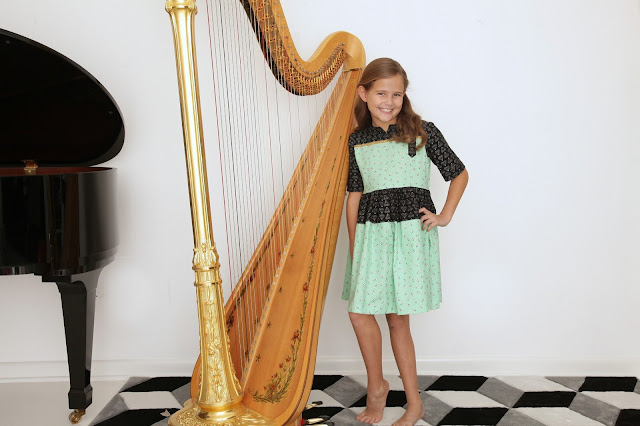 So, my sewing and grand plans were pushed aside.  At first, I just sat with her under an umbrella while that stormcloud sent the torrential rains, and after a while, she was able to walk around in the rain, and finally, the clouds parted just enough for me to point out that the sun was shining on her, reflecting upon her beauty.  Her brilliance, though covered a bit by those clouds, was still there, but sometimes just gets shadowed by life. 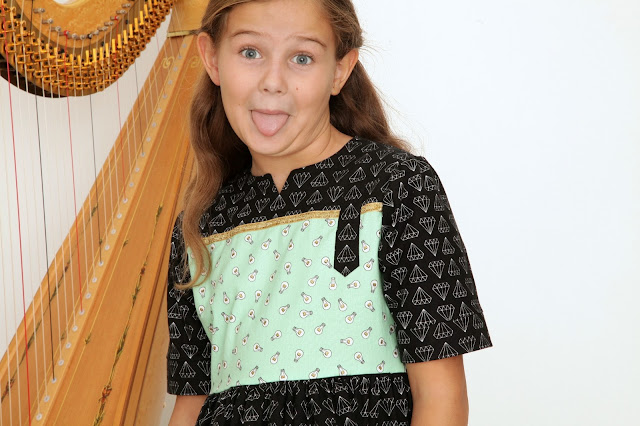 I'm glad I happened to be working on this as this all transpired, so I could remind myself as well that there are so many things in life that dull our sparkle and dim our shimmer, but regardless of the trials, brought on by others, ourselves, or nobody at all, our worth never diminishes. 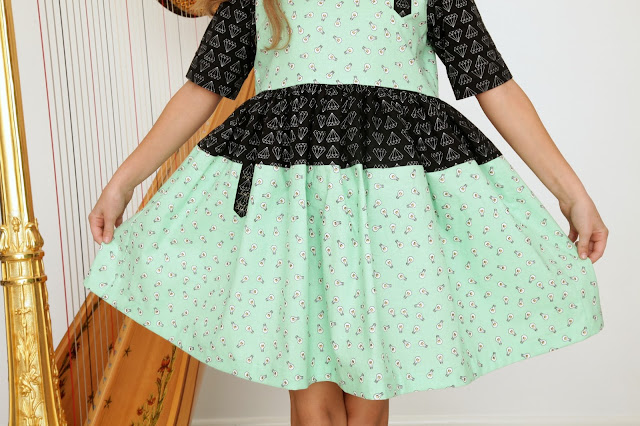 I have a pretty little pile of "Shine Bright" fabric sitting on my sewing table yet.  And it will slowly be incorporated into the things I sew for my girls because it's not just pretty fabric.  It is a tiny way to remind them of their brilliance. 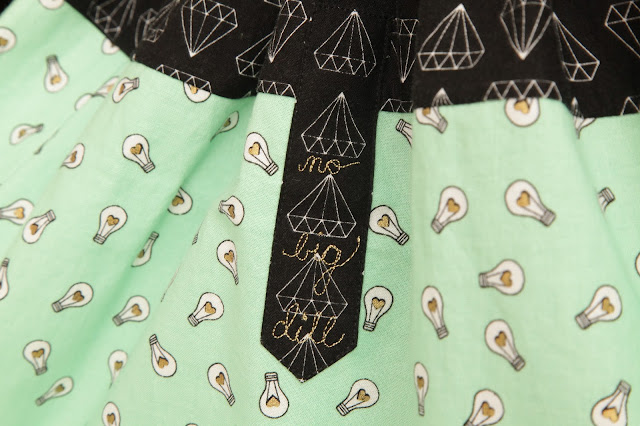 While Clover pretends to start out shy and end with a twirl, she is one that rarely feels dimmed. 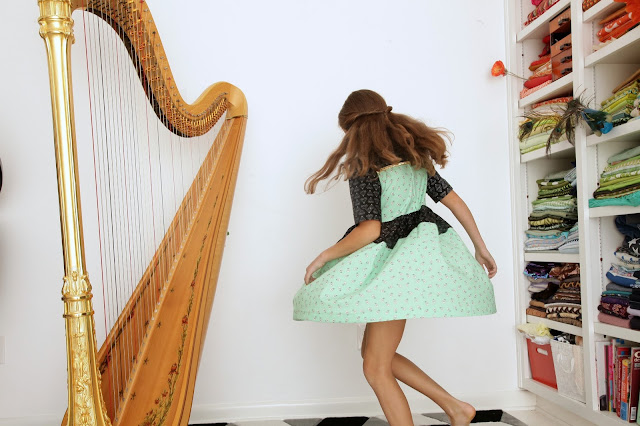 Nitty gritty details: this was a self drafted pattern with plans of making a matching doll dress, which does have a pattern that looks similar.  Doll dress to come....eventually. ;)