When I told Rubyellen I would love to review her new book, little did she know I would keep emailing her over and over (and over!) that I wasn't quite finished, and that I just needed to add a few more things to my house.  Oh!  Wait, now it needs a little book on top of the dresser!  Oh, wait!  I really should add a vase with a giant poppy on the table.... 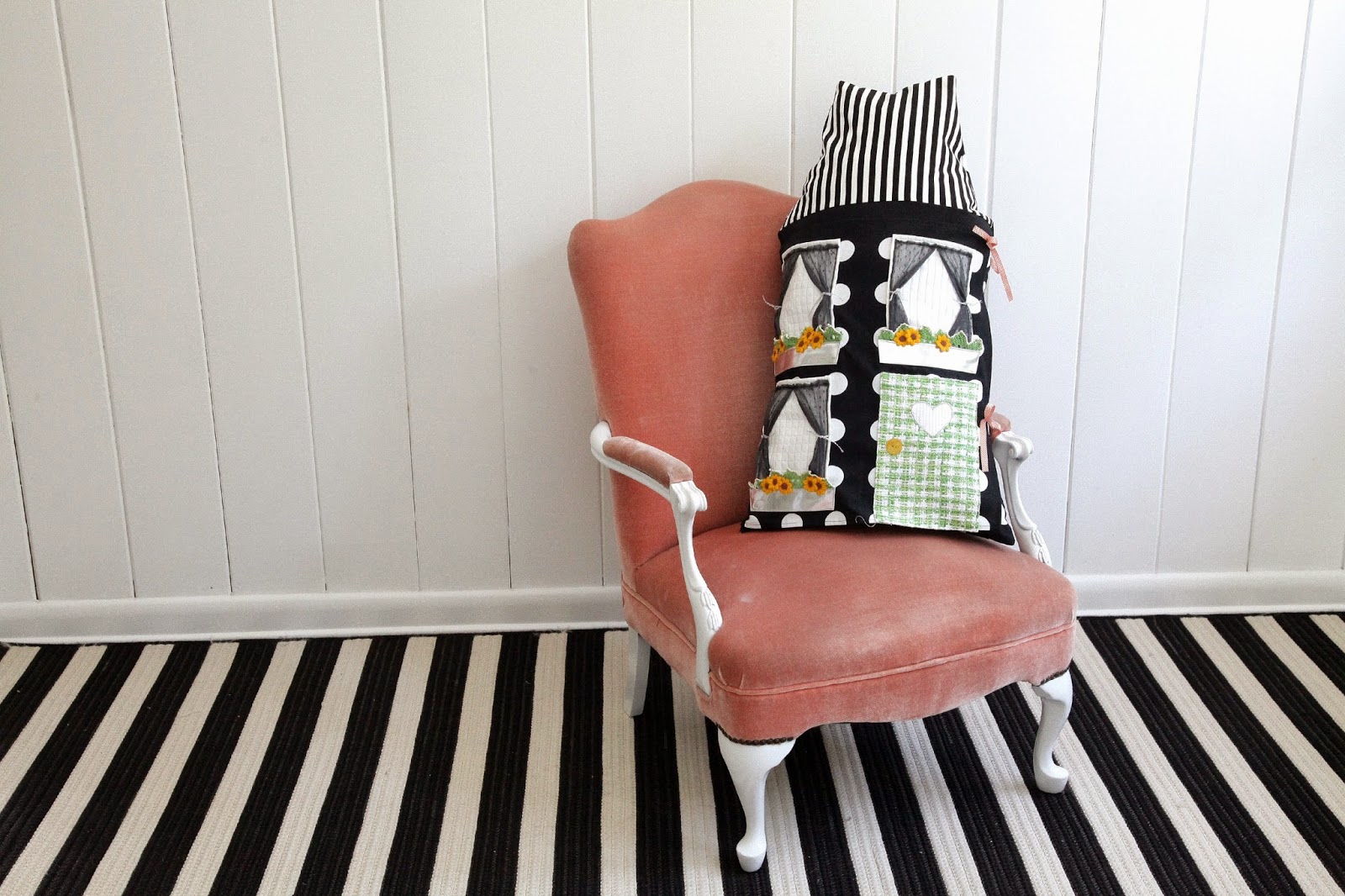 I get emails asking how to go about teaching a child to sew.  My first response is that it needs to be fun.  If you make them do a series of drab exercises in sewing a straight line, you're going to suck the sewing fun (and success, might I add) right out of their little bodies.  Something that we DO NOT want to happen. 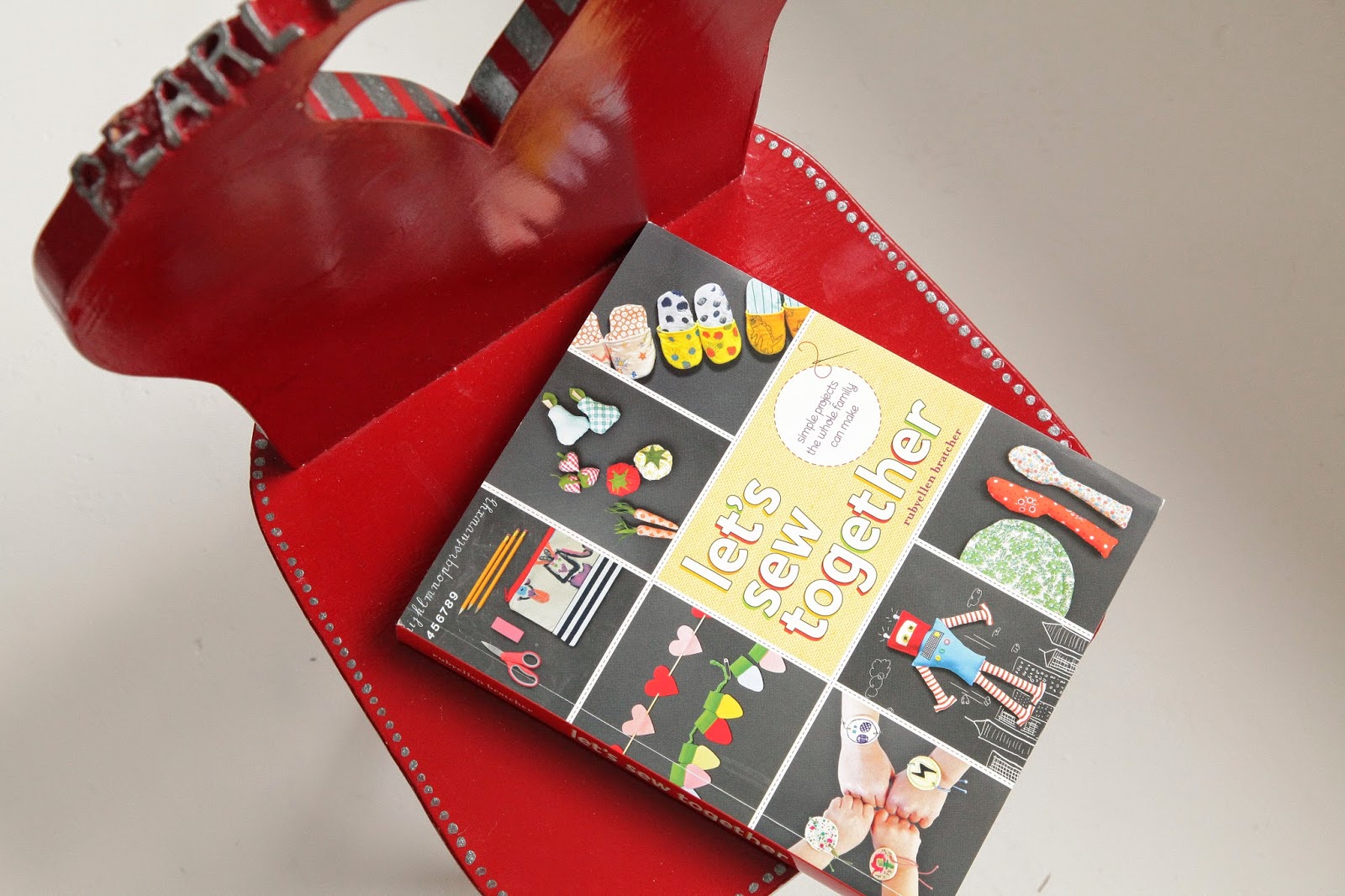 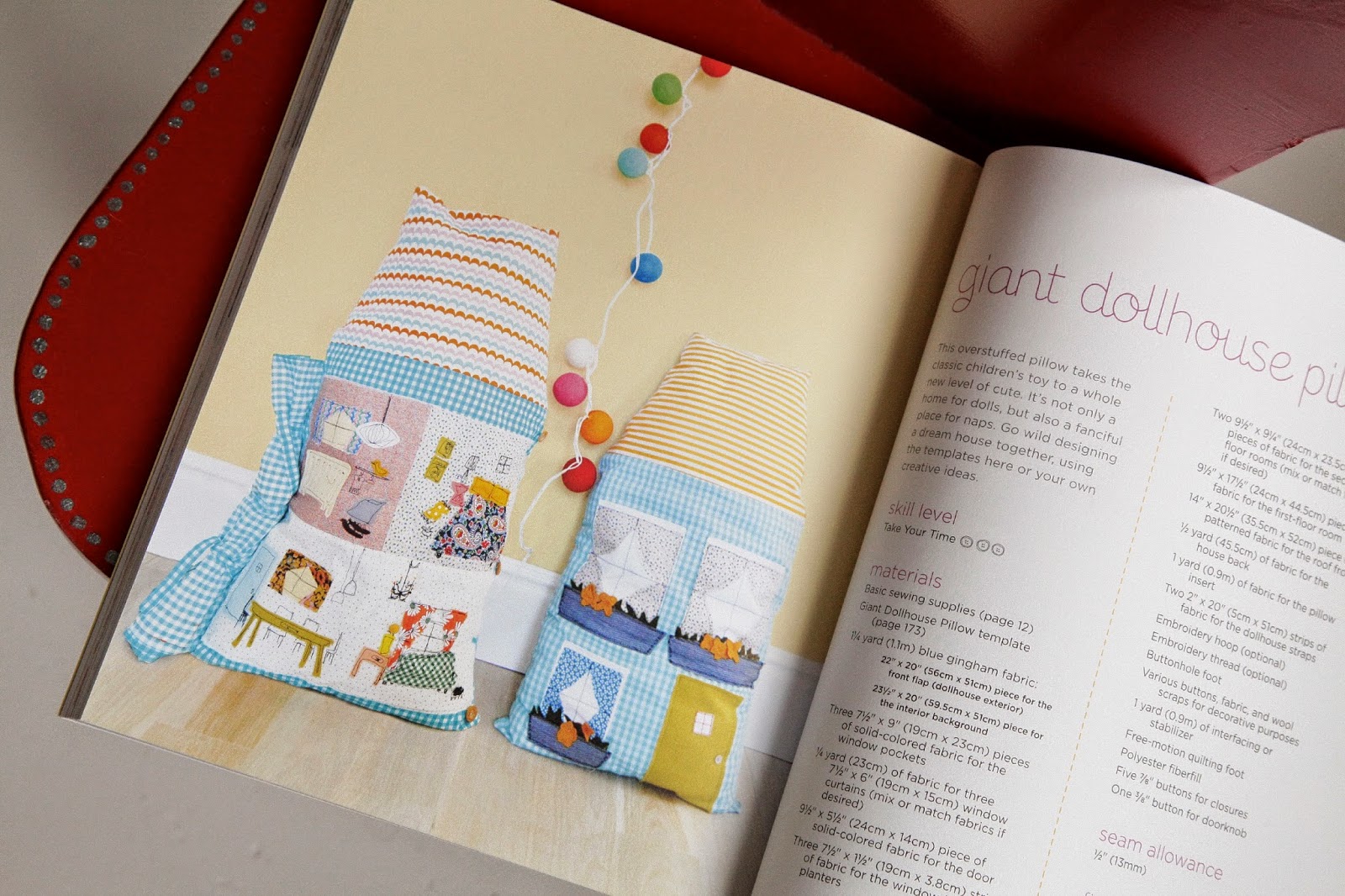 Ruby's book is such a fantastic place to start.  The dollhouse is the most advanced project, so don't think they're all so involved. 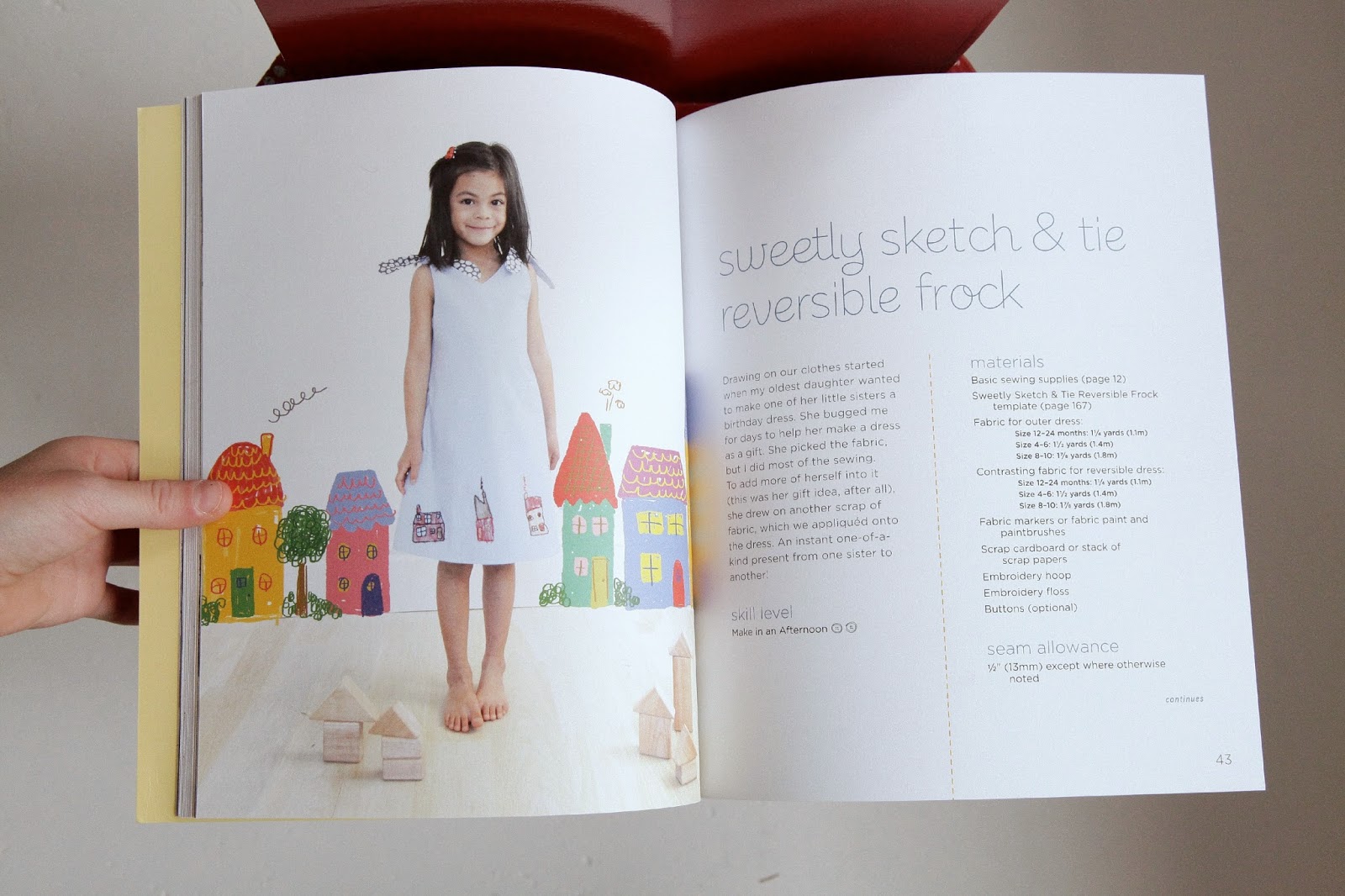 Everything from slippers and banners to jewelry and clothes they draw, they are projects (featuring her adorable girls!) that are attainable for the entire family. 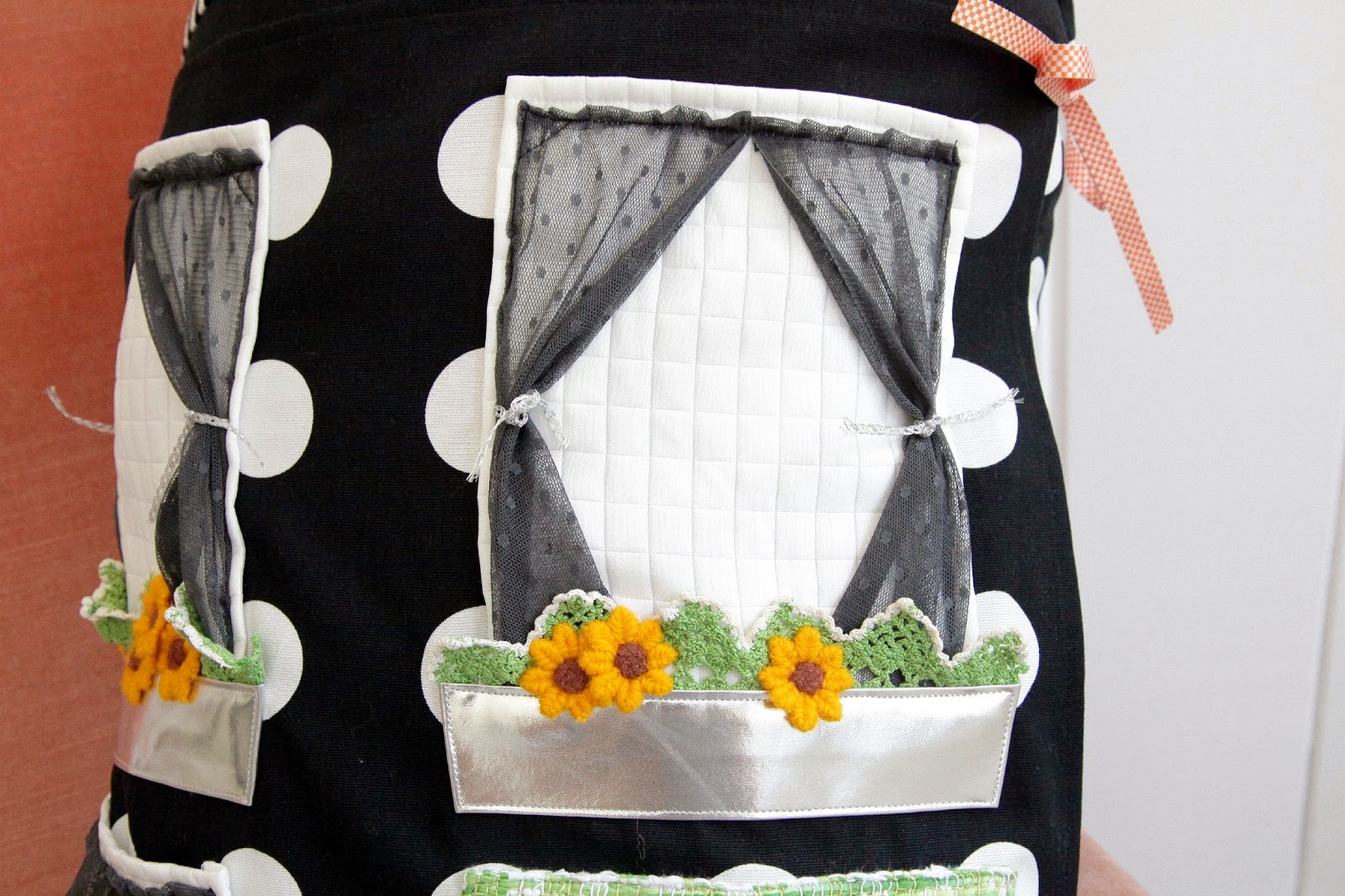 Those windows?  They're pockets.  I know.  A child's dream to have pockets ON pillows.  The perfect place for a toothfairy to leave a few coins in exchange for those sweet little teeth. 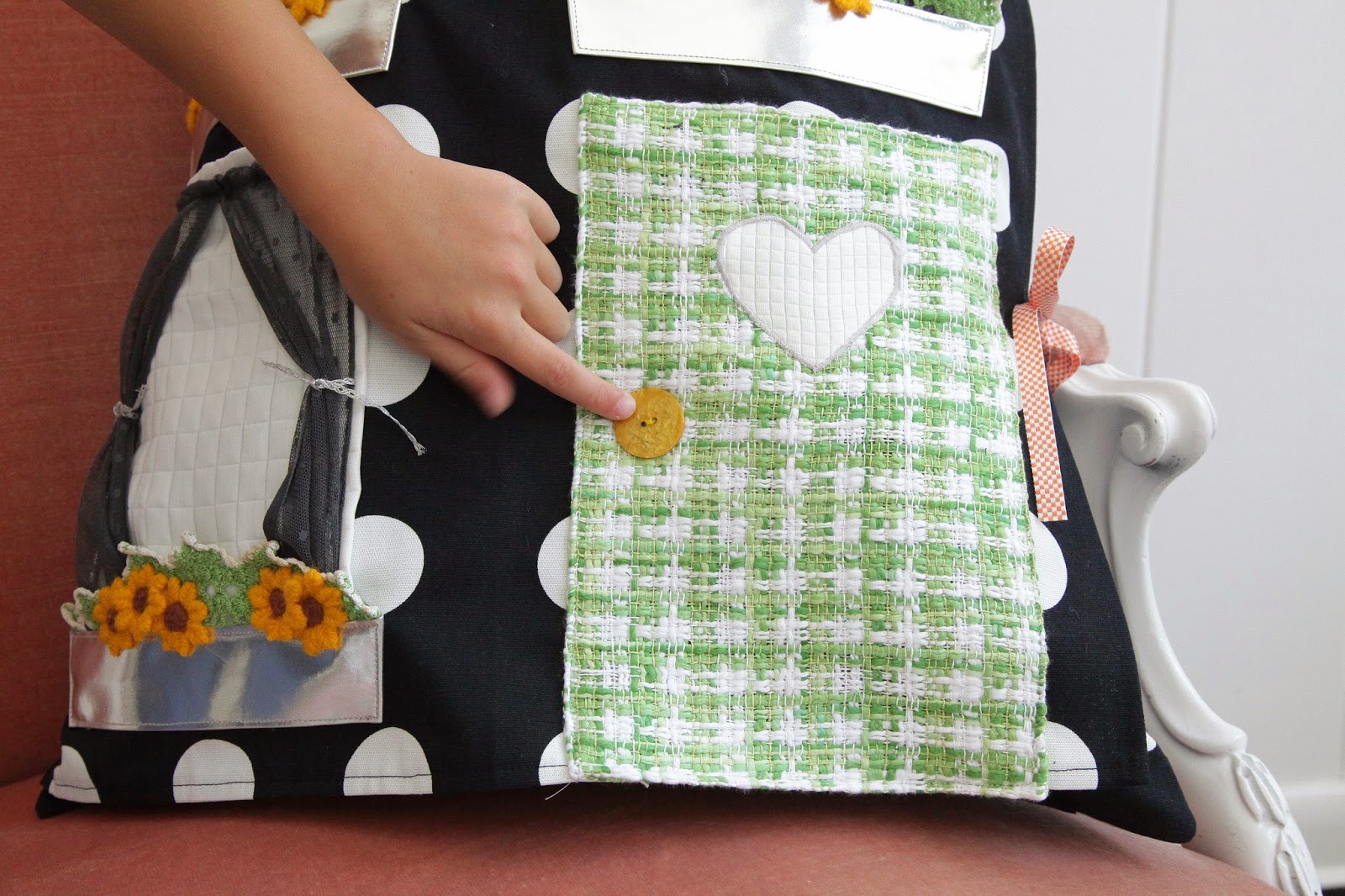 Clover designed the door herself.  She wanted a heart window.  She does have love in her middle. ;) 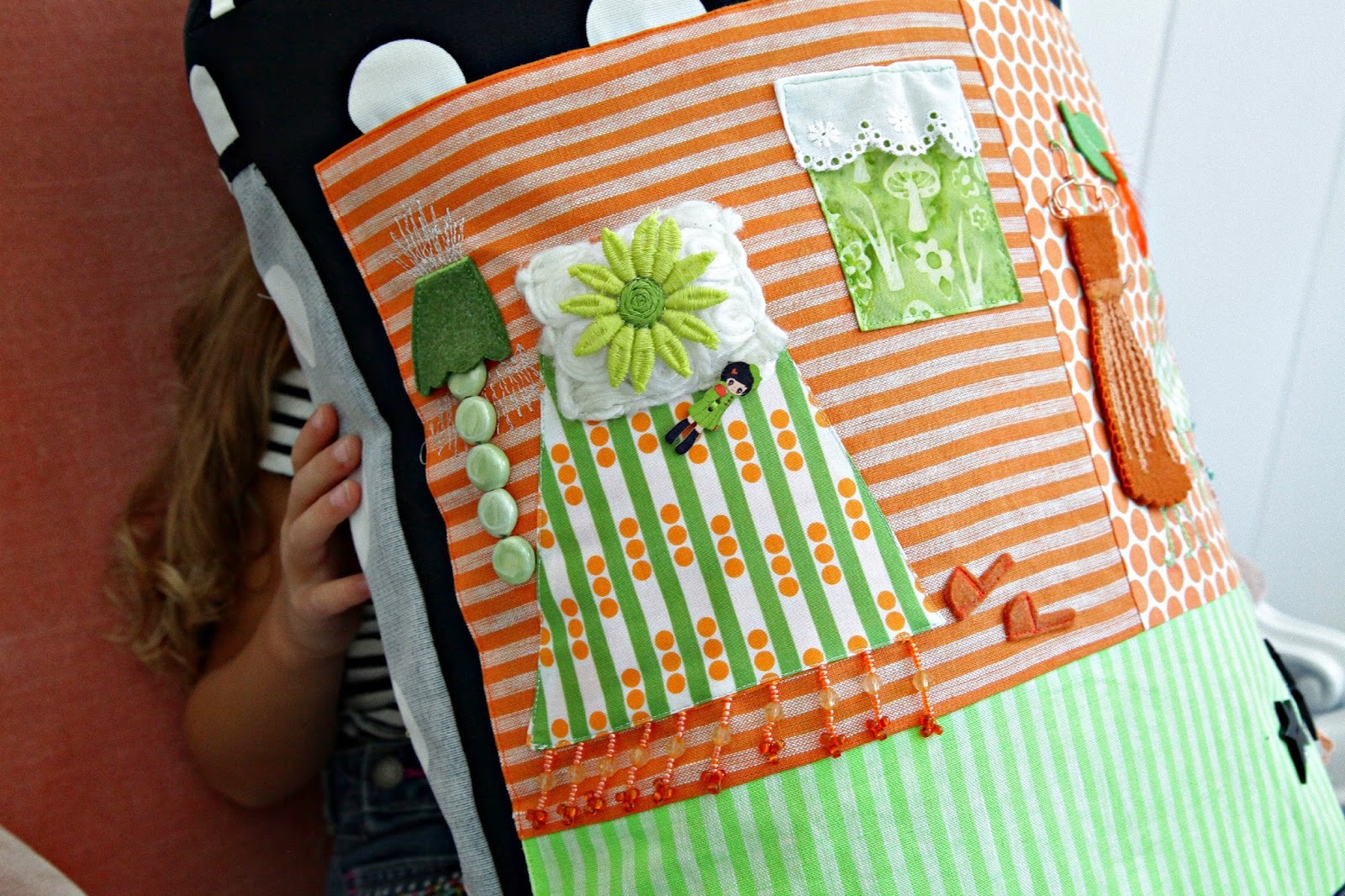 When I got to the interior, I started pulling out possible fabrics, trim, buttons, ribbon, feathers! 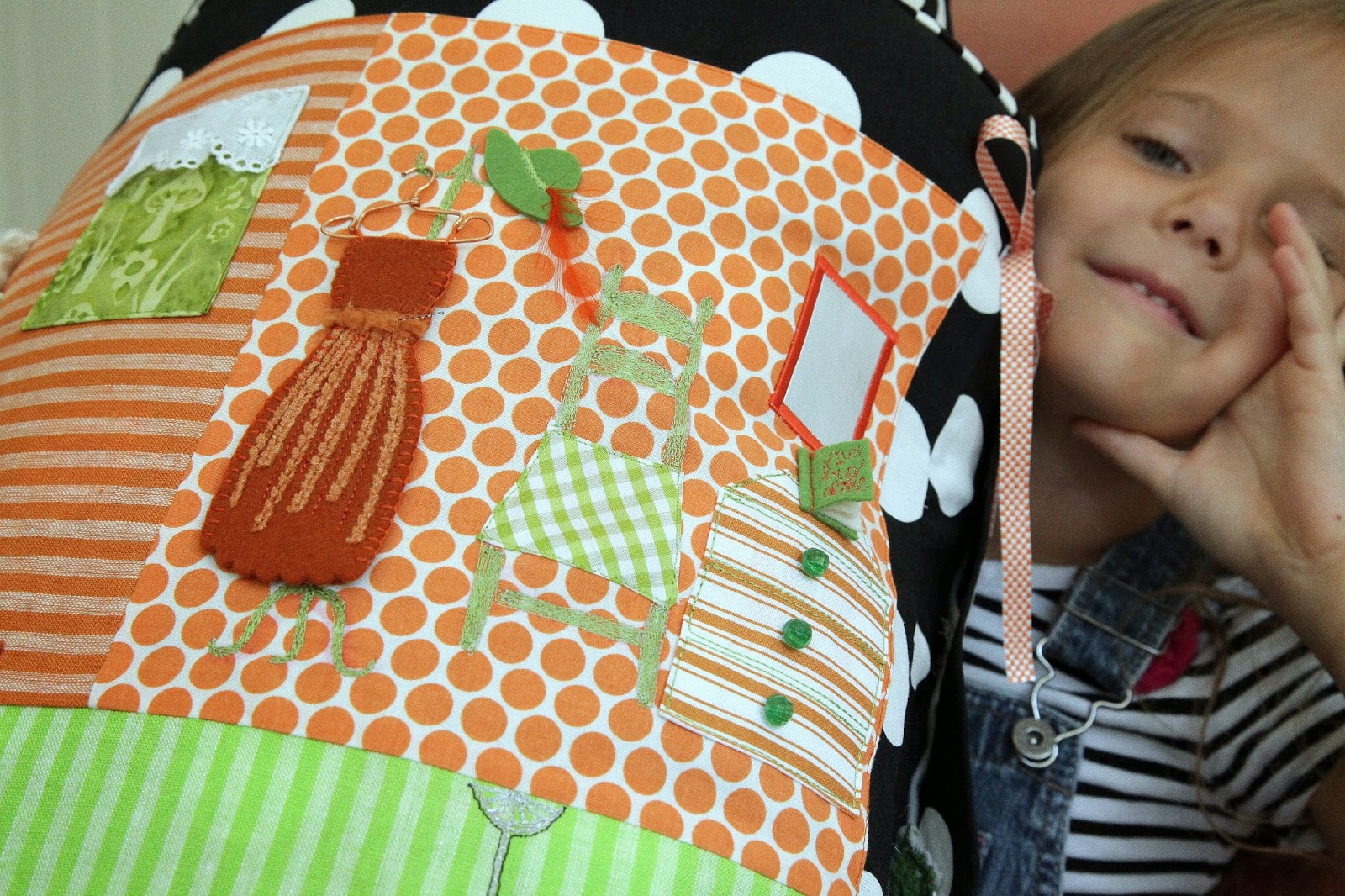 My sewing studio has (almost) never seen such a mess.  It was so fun. 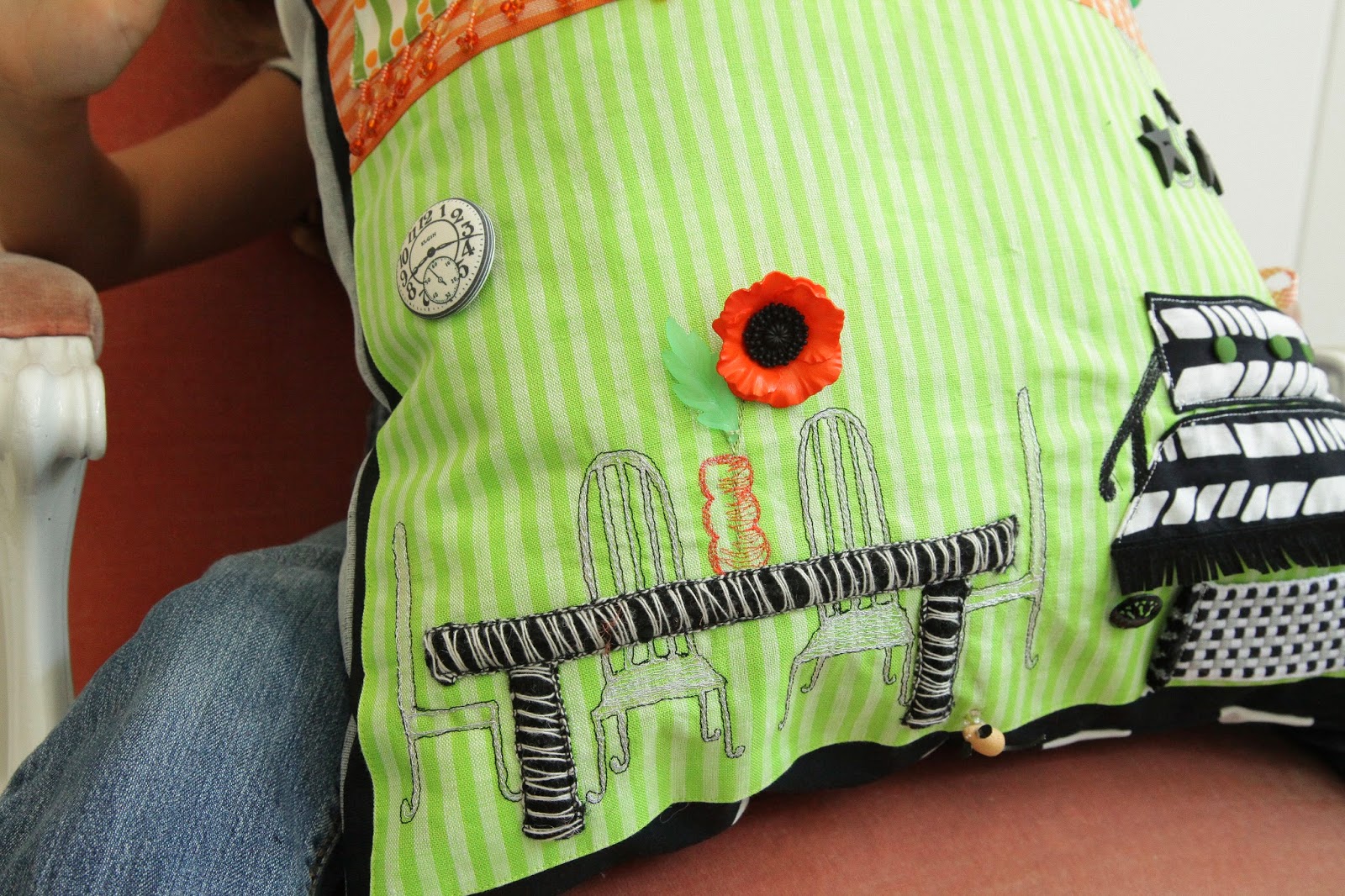 I think my favorite part is the free-motion embroidered chairs.  I did them in a silver thread, but decided they needed more of a spotlight, so I added the black outline.  Now I'm on the hunt to find the real things for my table.  Hehe. 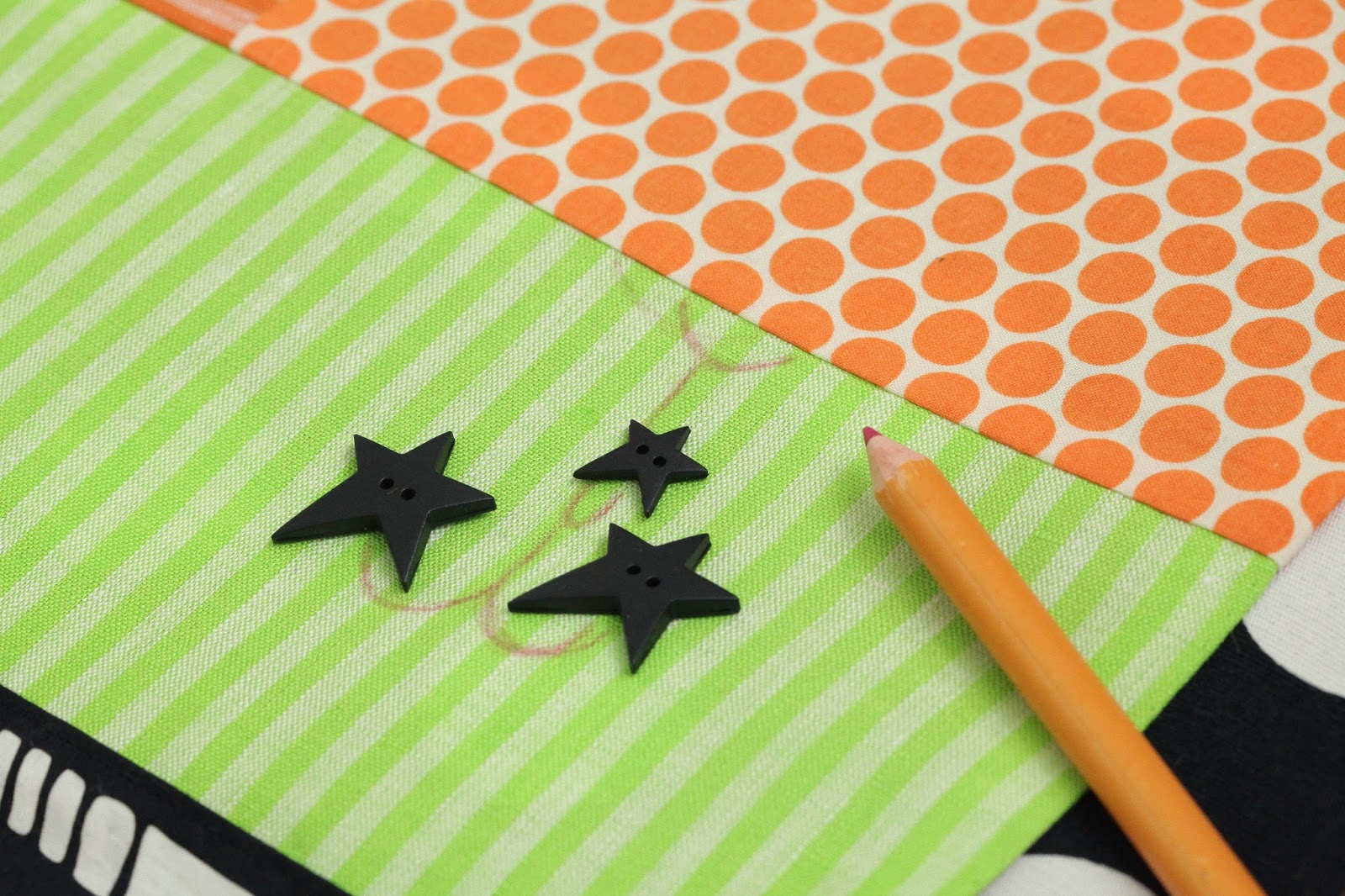 I just used a fabric pencil that comes out with water to draw the general design before using my free-motion foot to scribble in the lines.  (Just don't forget to drop your feed dogs!) (and then raise them again when you're finished ;) (Do we just need a tutorial?) (Okay.) 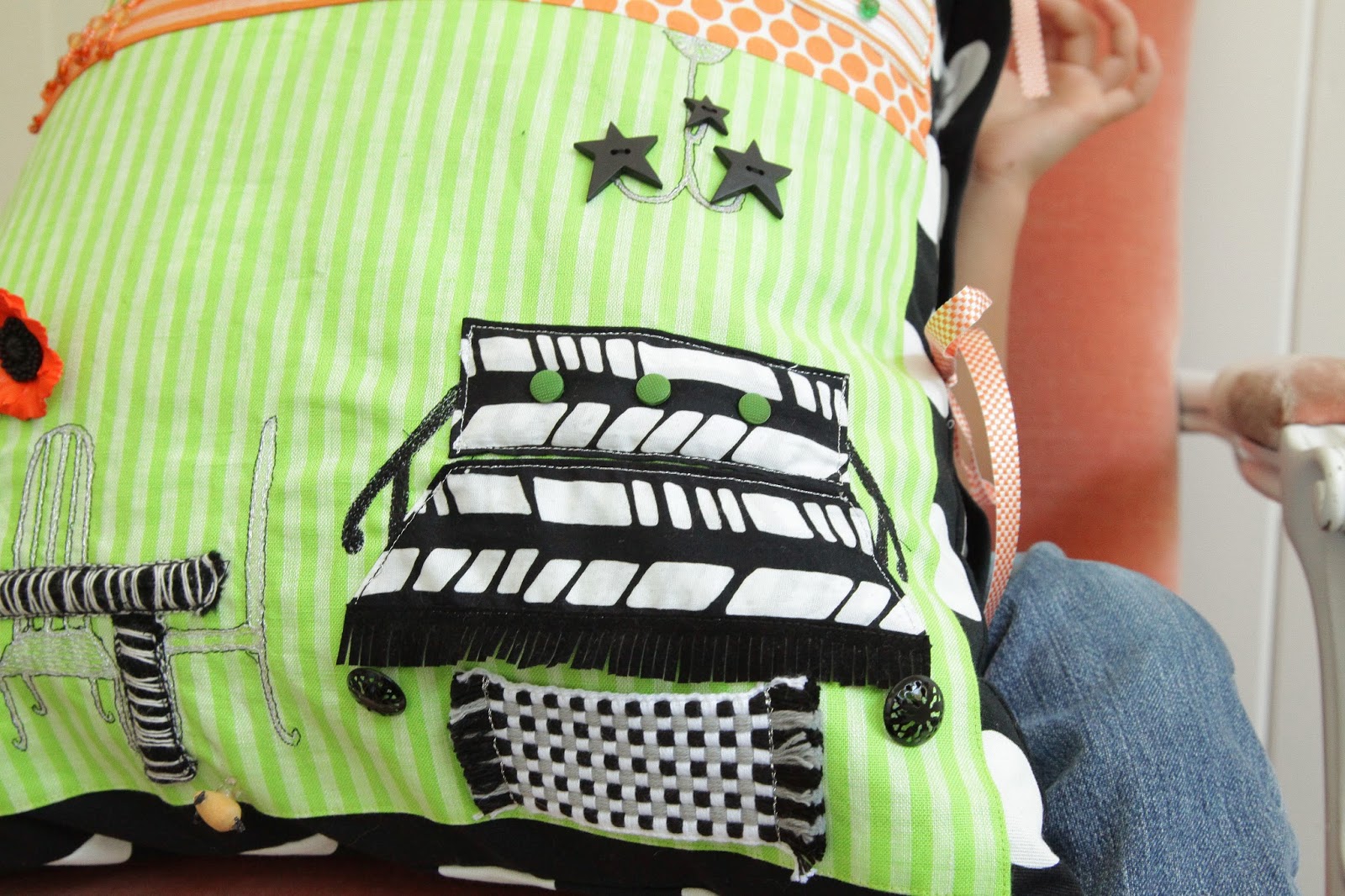 This little house has a story with each detail.  The rug is part of Ryan's belt that he cut off because it was too long.  I told him I wanted the scrap.  He gave me a quizzical look, but didn't ask questions because he's known me long enough to know that I don't know until I know.  And now I know.  It needed to become a rug on a giant dollhouse pillow. The black buttons (above on the couch) I purchased in New York at the most peculiar shop.  We call it the Debris Store because you're literally walking on beads and bits through narrow passages made by stacks and stacks of boxes full of you-never-know-what-until-you-rummage-through.  I found a bag of these buttons and, you guessed it, I needed them. 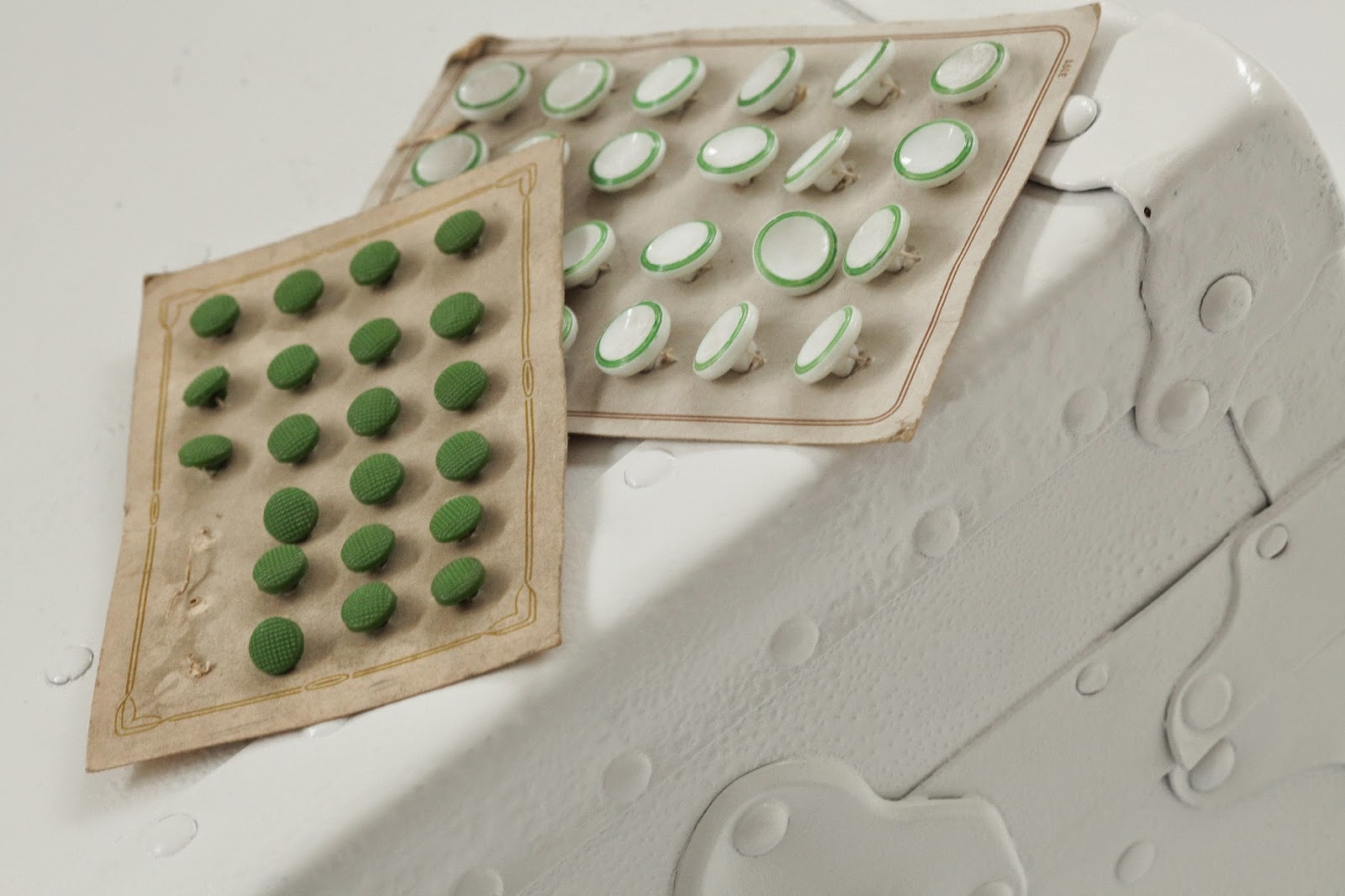 I also pulled out my ebay vintage glass buttons still on the old cards, worn with years.  Somebody has to finally use them, right? 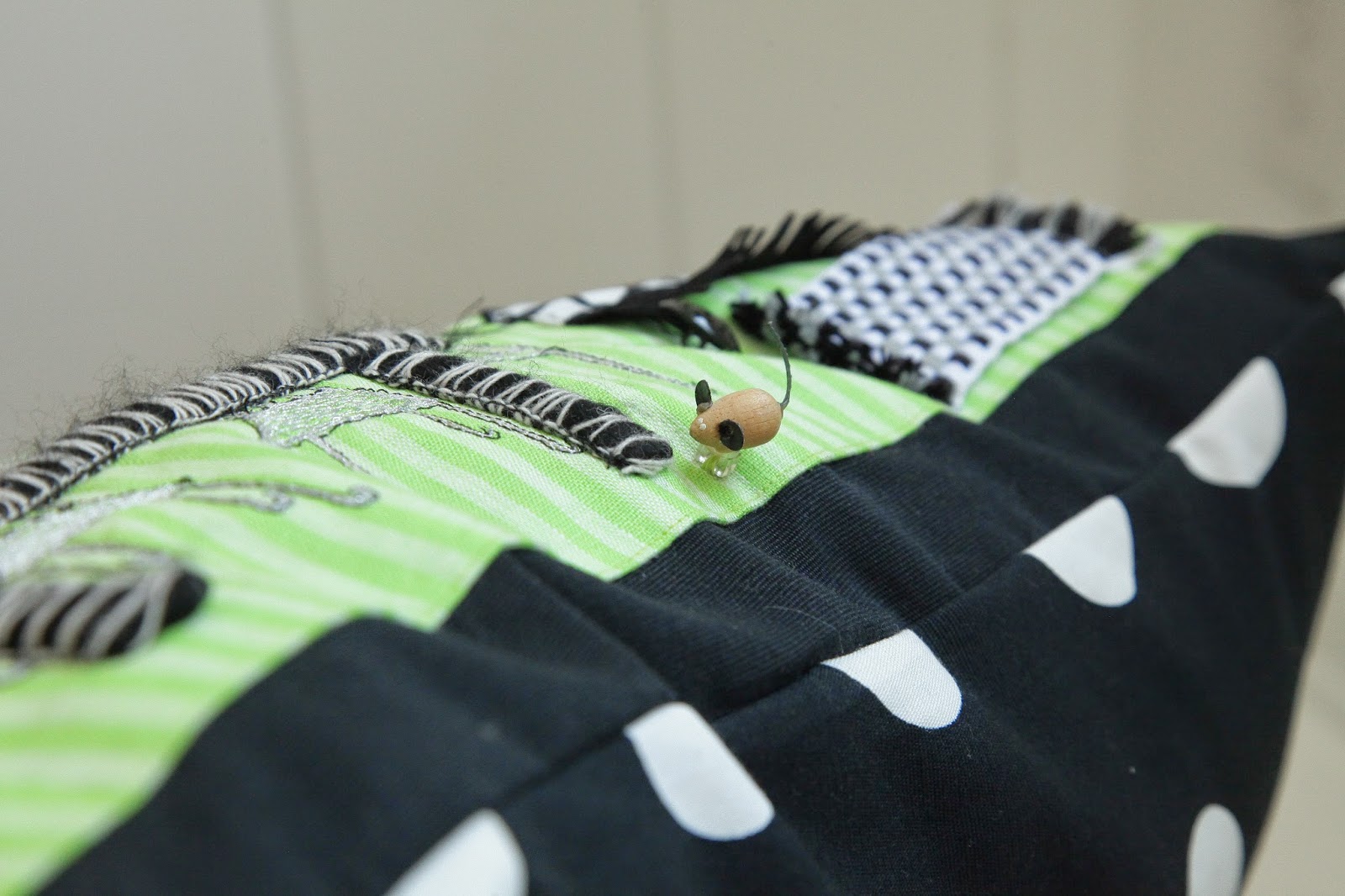 The little mouse who is strategically covering a little spot...because I sew in a house full of curious little hands. 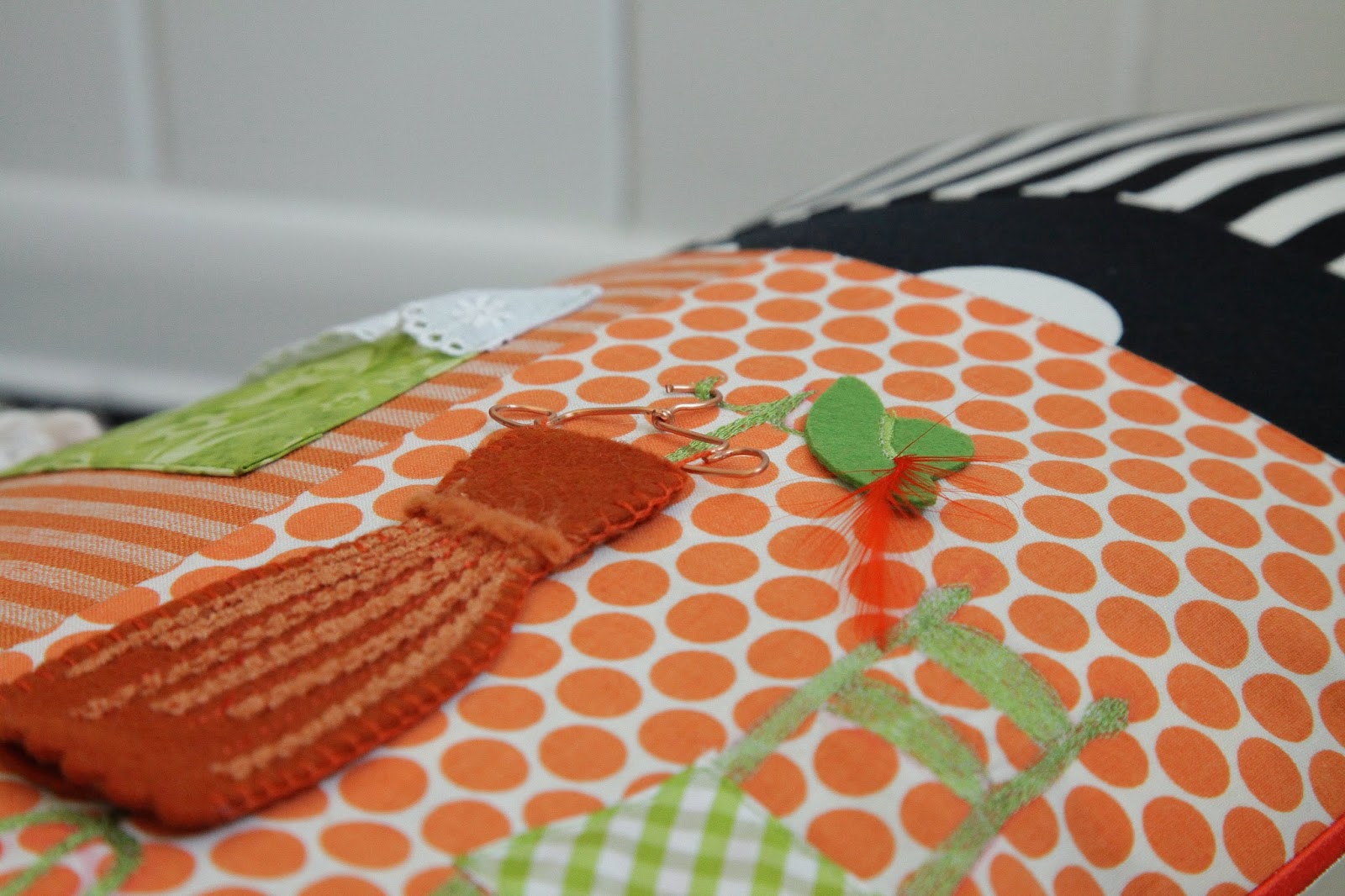 One of my Christmas ornaments with a scalloped hem, reincarnated.  I used to sell these back in the day when every little penny counted while Ryan was in graduate school. 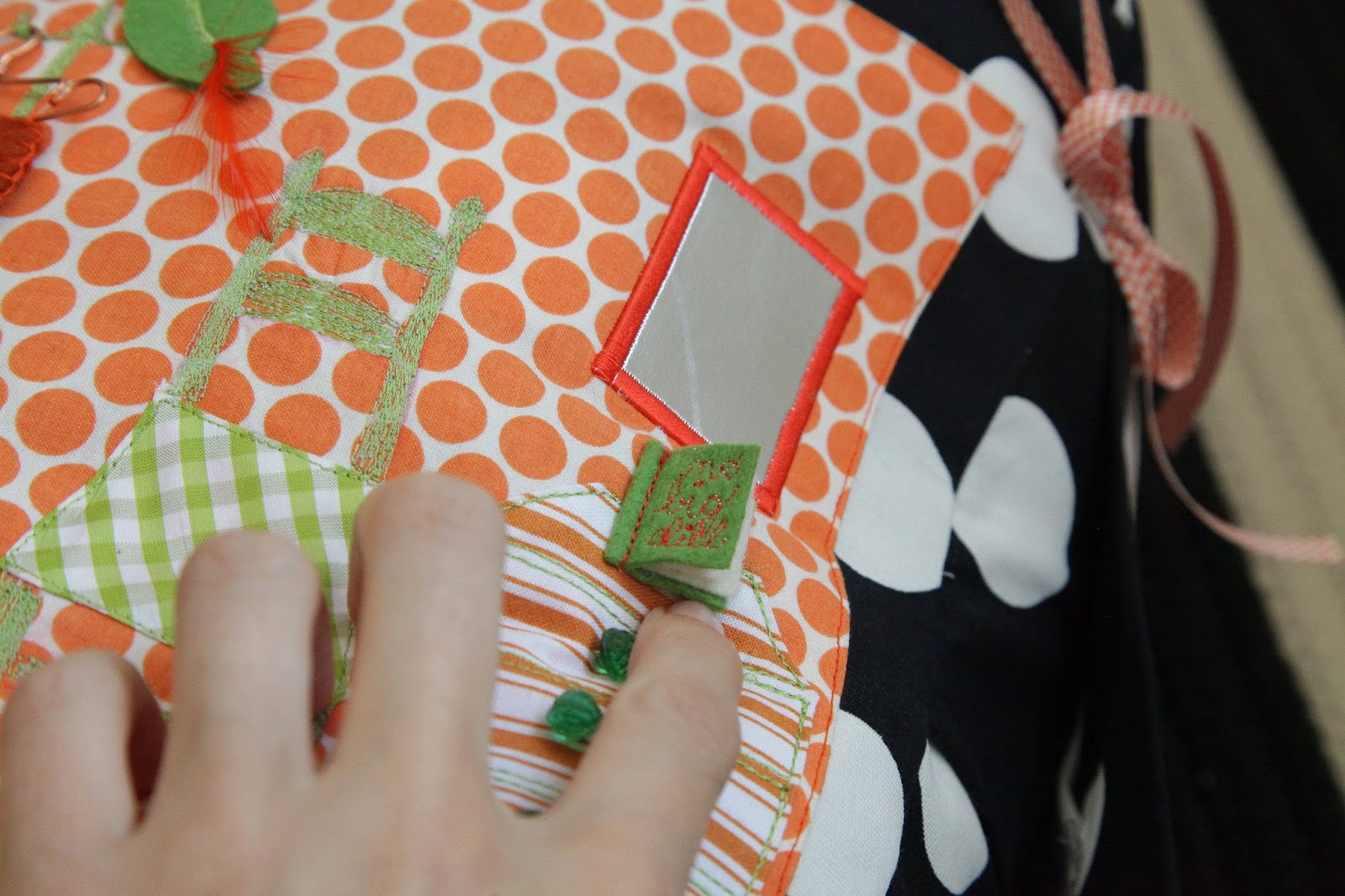 And a silver mirror over the dresser with the tiniest buttons that were waiting to be debuted as tiny knobs.  The tiny book on top?  Well, that's just no big dill.  I can now say I've written a book. ;)  I could have continued adding details, but Ryan finally said I just needed to finish and blog it.  So, while there is room for a tiny painting and pair of high heels, the dollhouse is finished.  For now.  And then there's the possibility of doing a house for each season, snow capped roof, spring blossoms, fall leaves with a rake leaning against the house.  A row of rainboots...see?  Thank you Ruby for the absolute fun I had with one of your Let's Sew Together projects.  It's a fun book, guys.  A birthday gift for your little crafter?  Something to do during the summer hours. 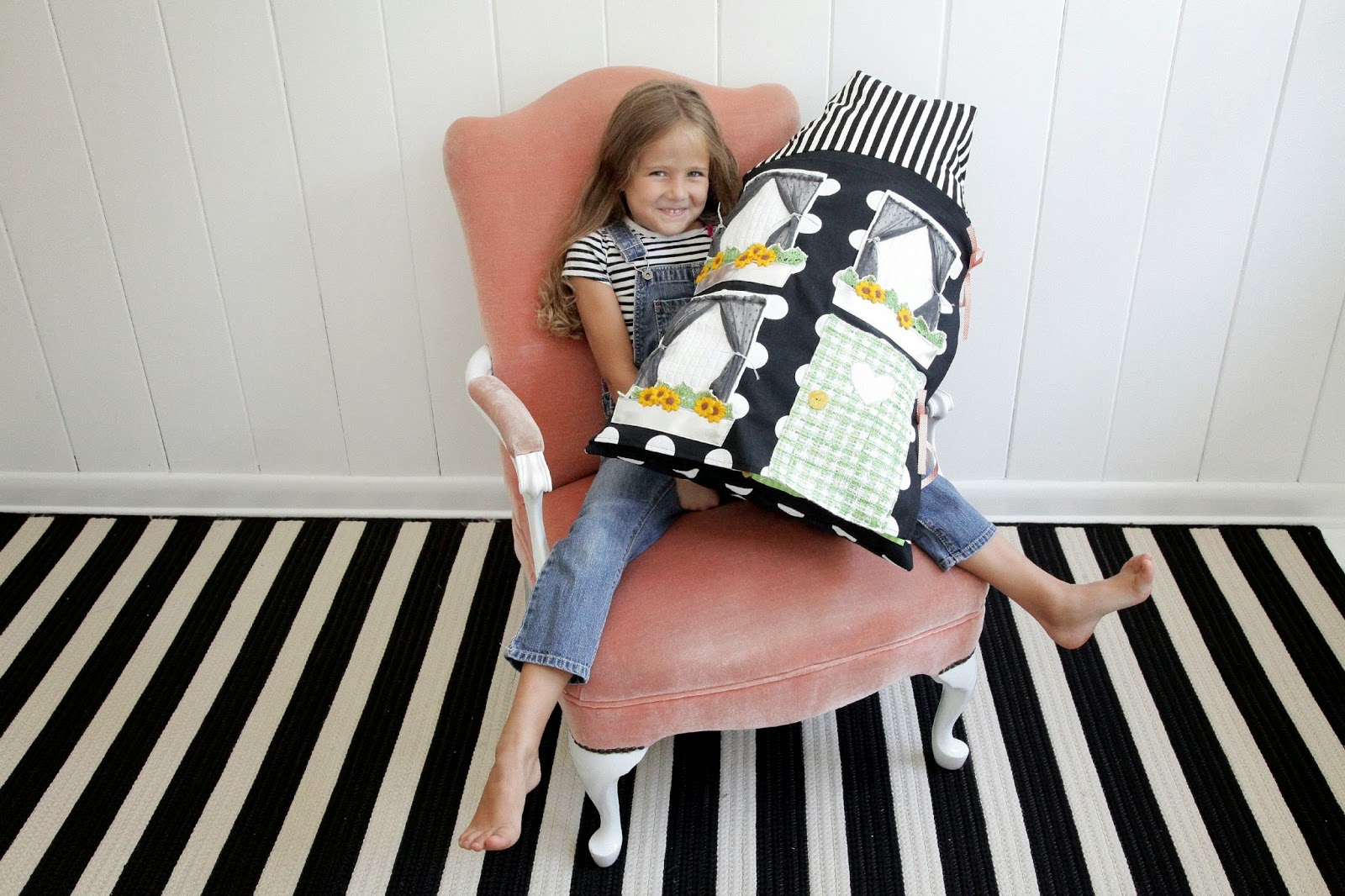 And one more thing.  Want a chance to have this in your own house?  Despite pleas from lots of little girls who wanted this for their bed, I am raffling it off to help raise money for my sister's family.  (See previous post.) All you have to do is contribute any amount of money you are able and your name will be entered into a raffle for this pillow!  Every little bit helps!  Thank you to those who have already contributed, your name will be entered automatically, too (even if you're anonymous). :) Go here!
Created by No Big Dill