Sew All 26: M is for Mustache & Metallic

I've been sewing for this girl for 13 years now (because I actually started before she was born) and she still wears what I make.  How did those 13 years slip by unnoticed?  We've had her for more than half the time she will be under our roof, which is simultaneously exciting and disconcerting.  Have we taught her what she needs to know for the world? 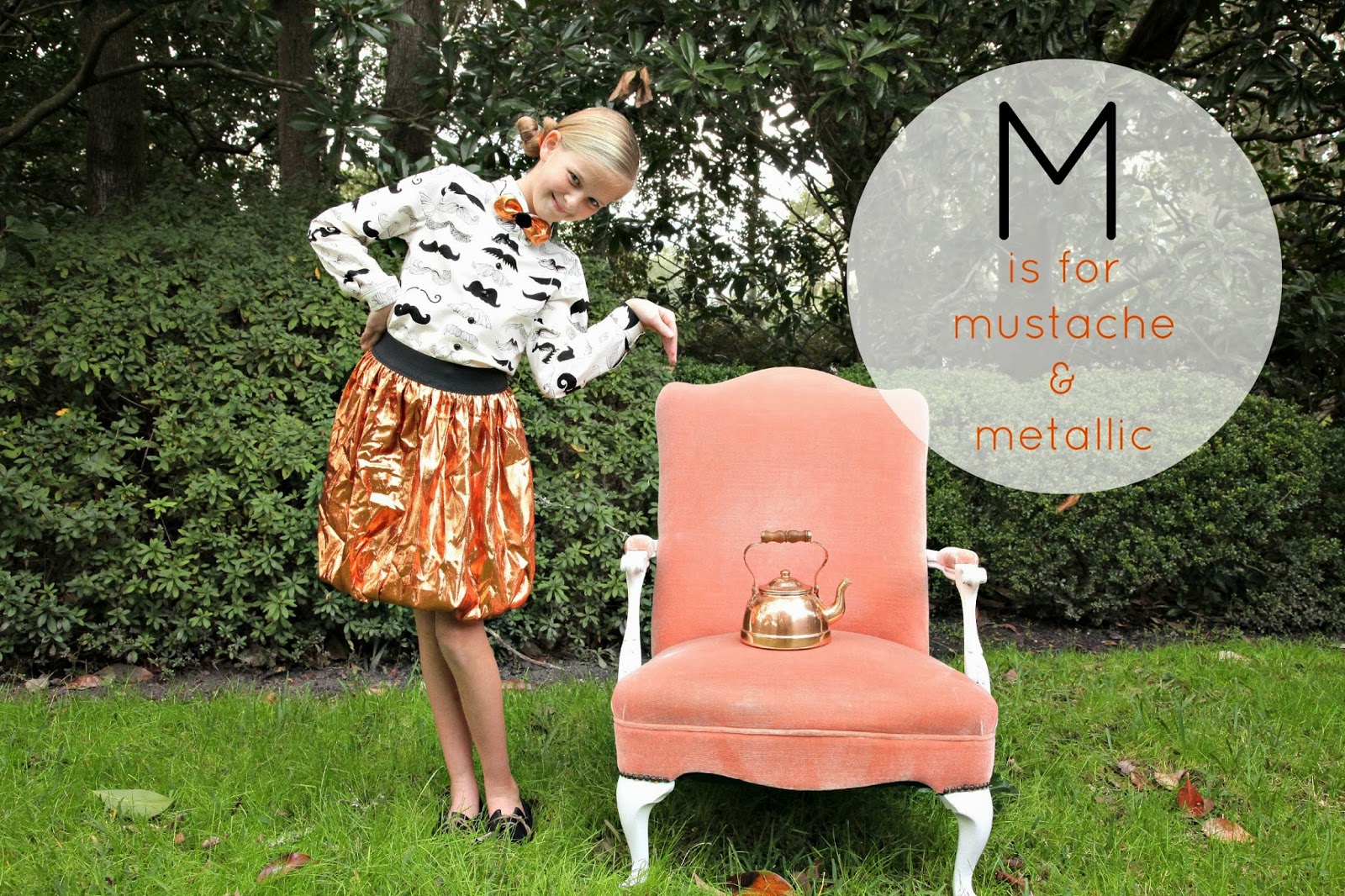 I finished the shirt and told her I was going to make a copper skirt to go with it and asked if she wanted copper buttons or just black.  She wanted black so she has more options to wear it with other things.  She's got a touch of practicality in her, which comes from Ryan's genes, certainly not mine, a very handy trait to have.  So I hear. 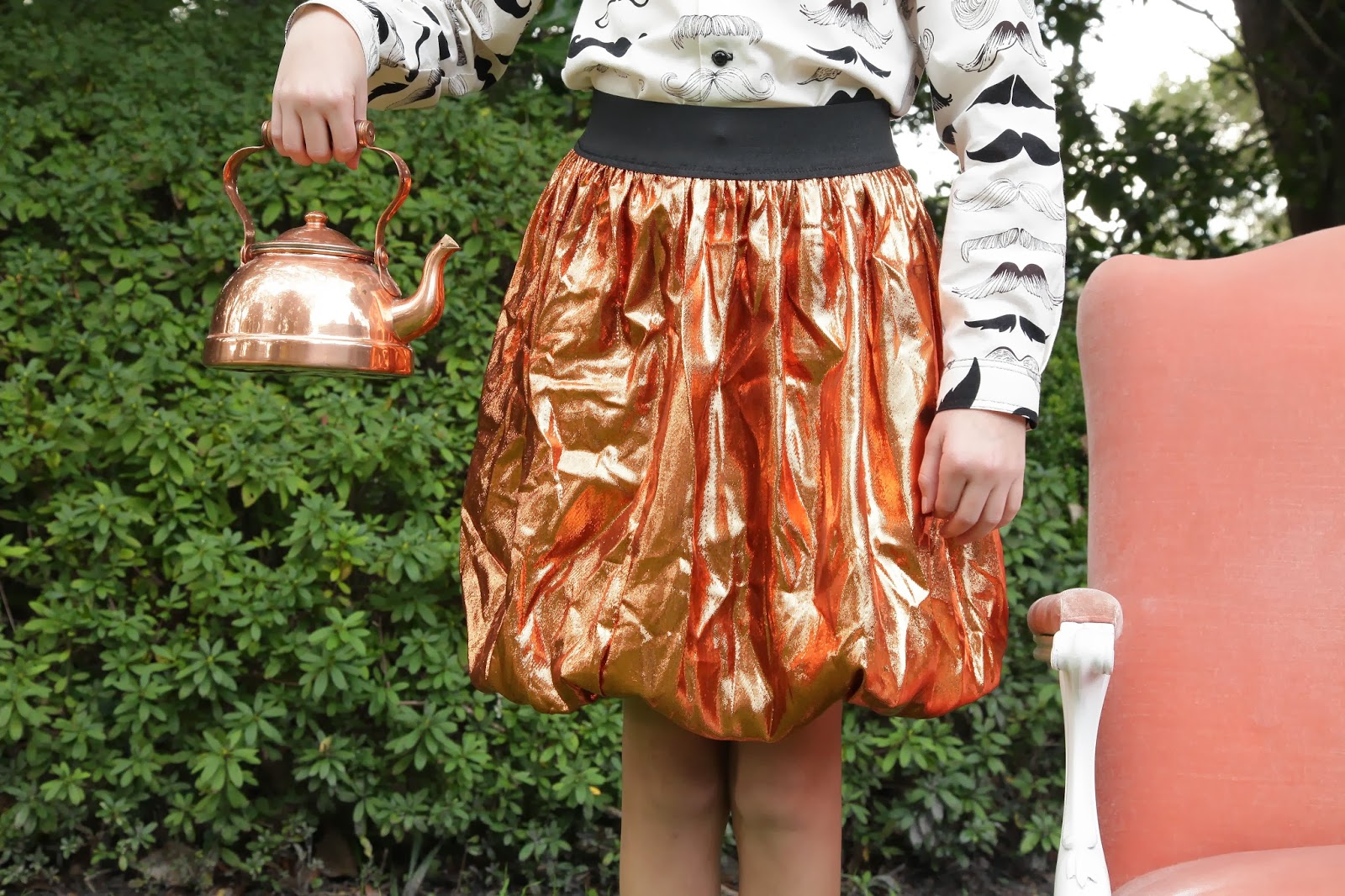 Then I asked her what she wanted the skirt to look like.  I told her I was thinking about doing a bubble skirt and she laughed and said that's what she was thinking. 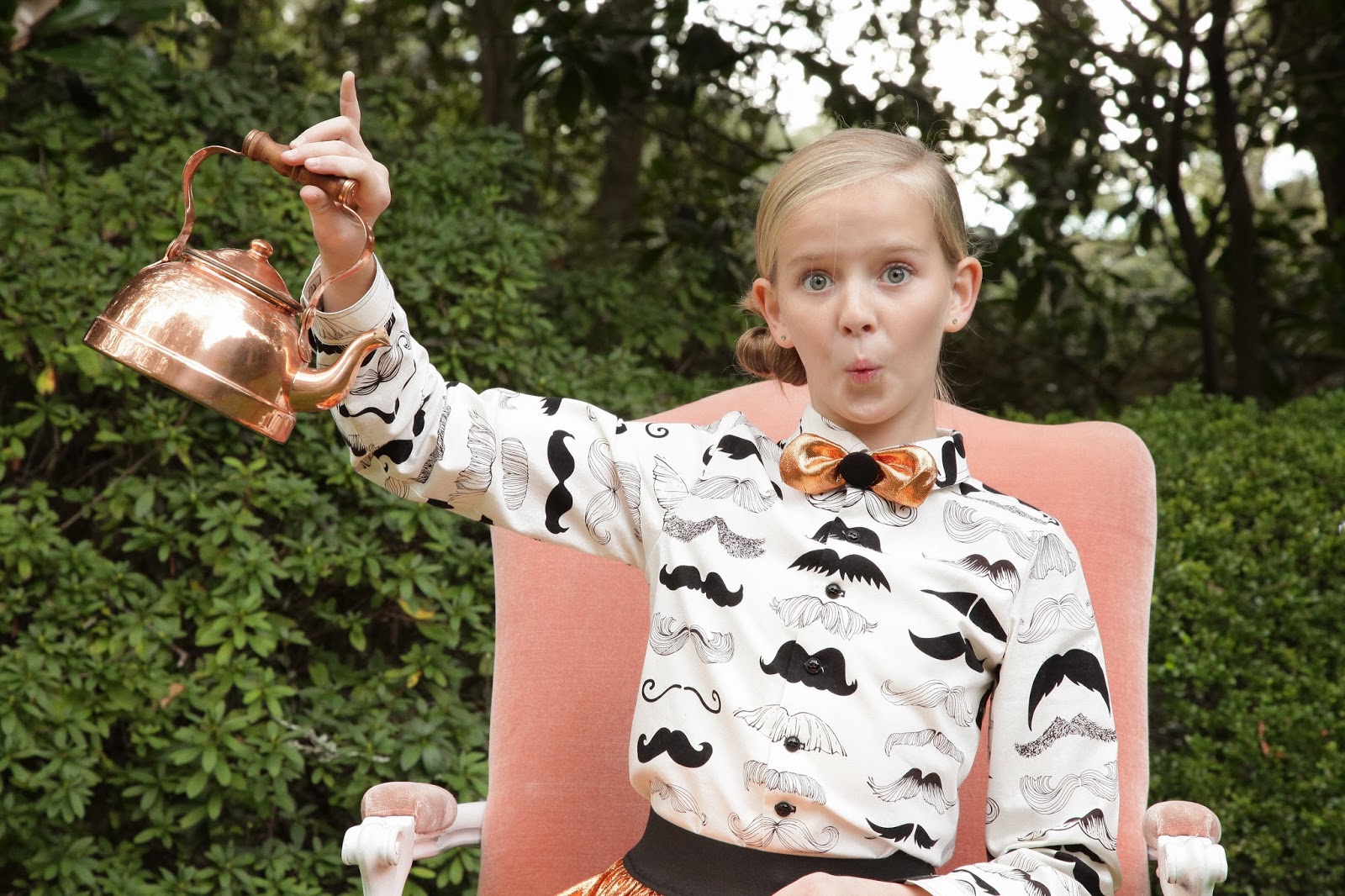 When I showed her the bow, she said, It's like the shape of the skirt!  To which I concluded: I think I've trained her well enough. 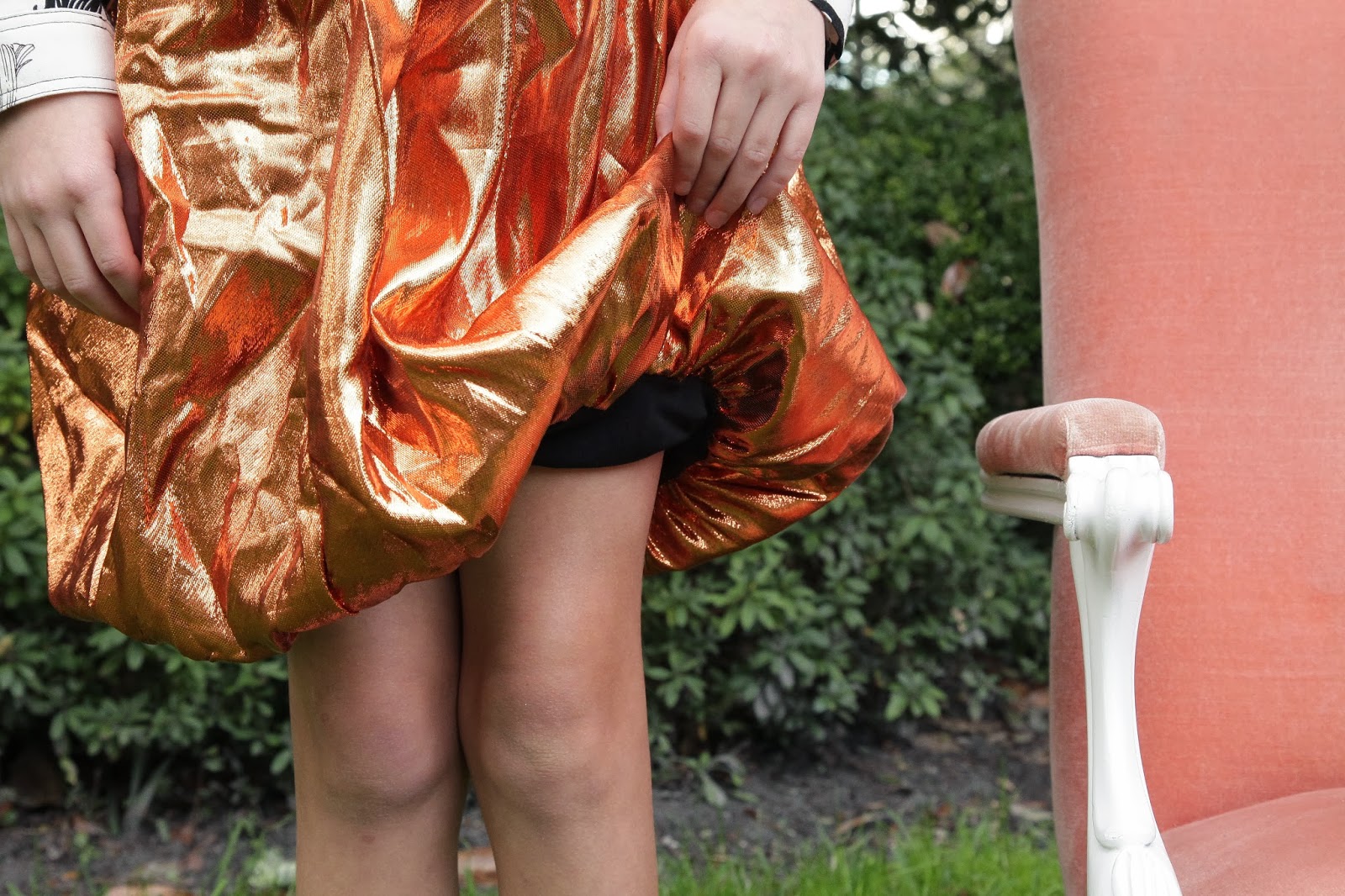 I used an Oliver + S pattern for the shirt, taking out the front yoke seams as well as all the pleating, front and back.  The skirt was just stitch and see, lined with THE softest cotton knit, so it's super cozy...despite the metallic exterior ;) 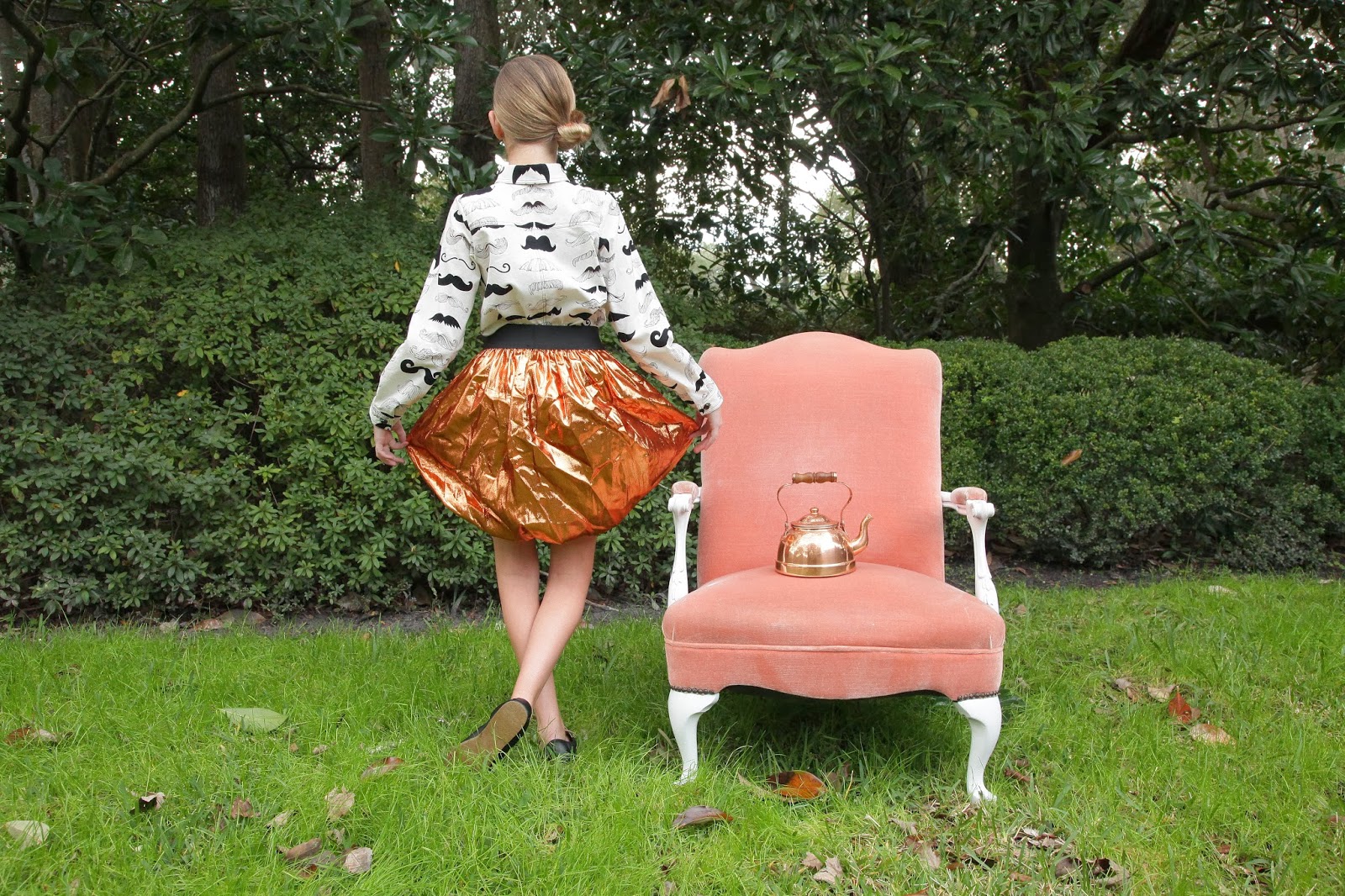 The chair?  A freebie from my MIL.  I spray painted the wood....white, of course.  And I thought it was close enough to orange (peach, maybe?) that it would be okay for a while before reupholstering. 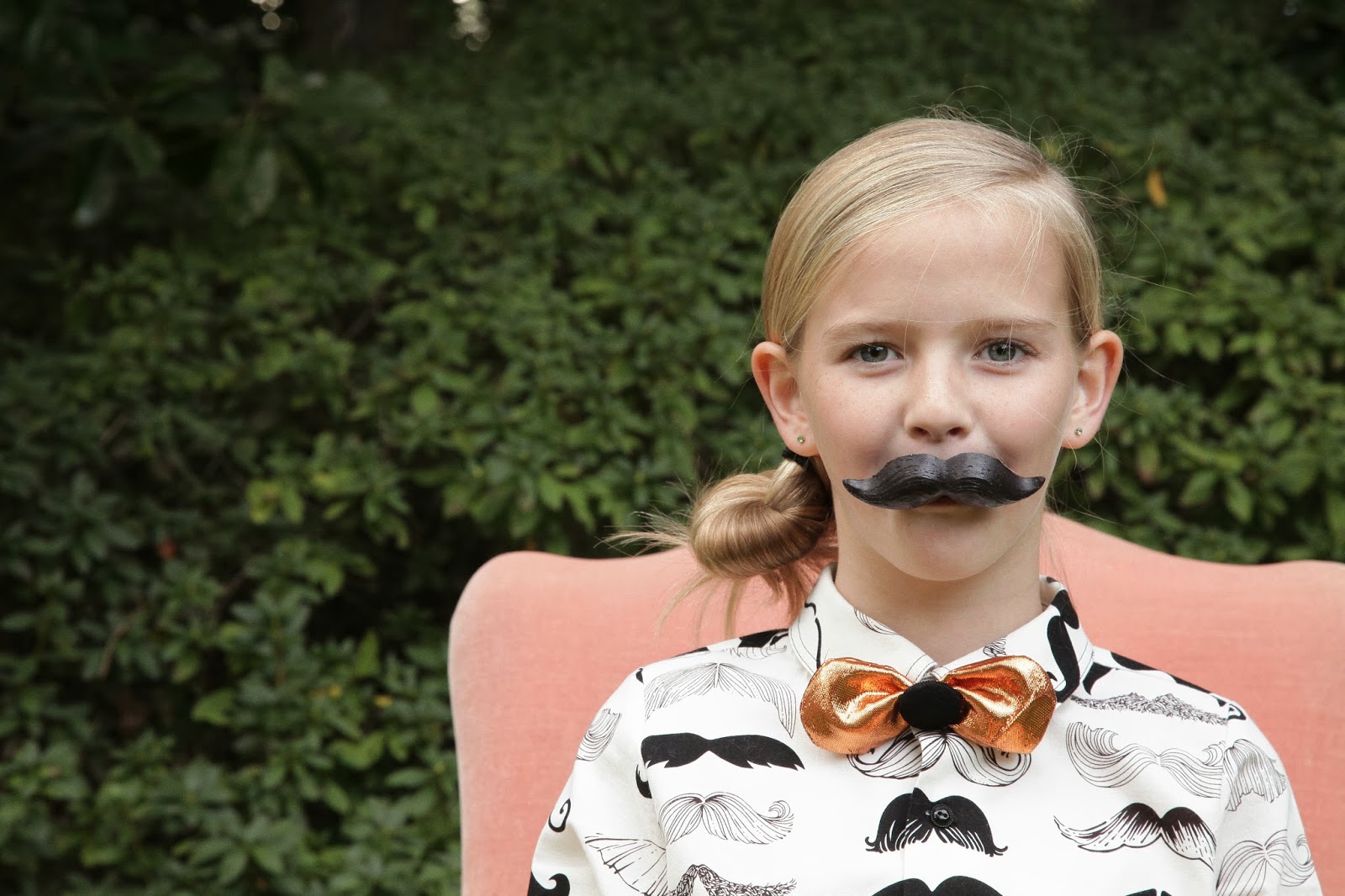 And if you look super close, you'll notice some new bling on Divine.  I made the earring shooter lady draw the dots about 8 different times.  I'm allowed to do that when someone is shooting holes in my firstborn.  She's growing up.
Created by No Big Dill