I'm late, I'm late, for a very important date!  Which is perfect, because it is (well, was) L week! 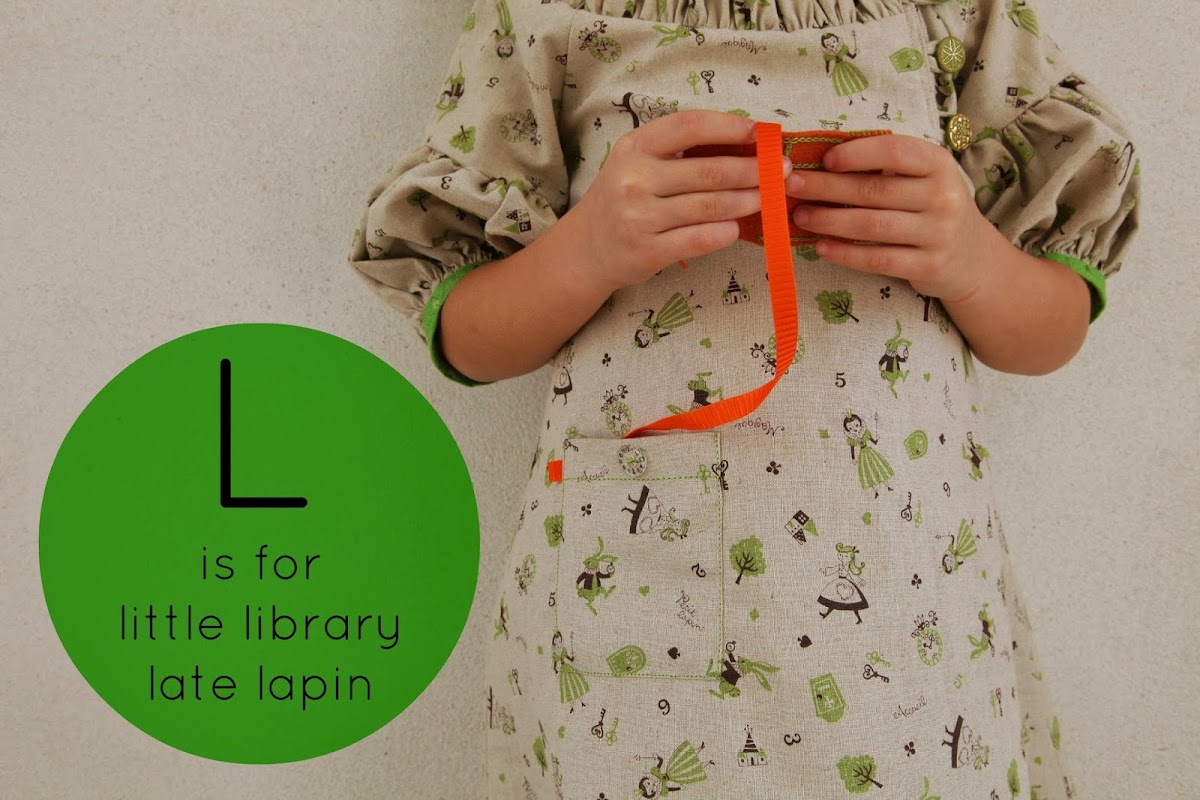 So, as it turns out, L is also for lapin, which is French for rabbit.  Petit Lapin is written all over this delectable linen, and I thought I'd throw it in there since it fit the theme.  It was Clover's turn for a new frock, so I pulled out my old Sugar City Village Frock pattern so she could be properly dressed for the mad hatter tea party ;) 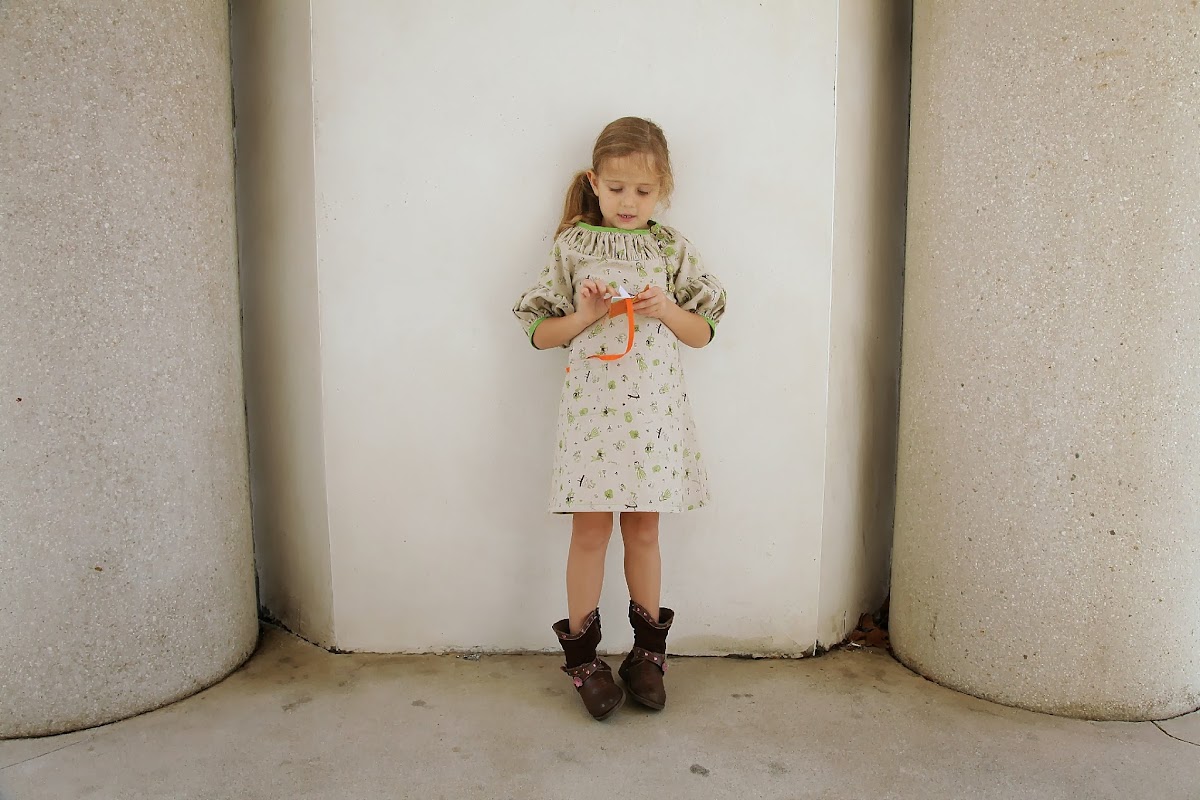 When she tried it on, she asked if I could add a pocket.  One of the simpler requests that I happily granted. I made it to fit a little library of books Clover got last year.  Then, she asked why there wasn't anything attached to the pocket that went inside. She asked if I could sew a ribbon to the book.  She was rather heartbroken when I tried to explain that I can't sew through a book. 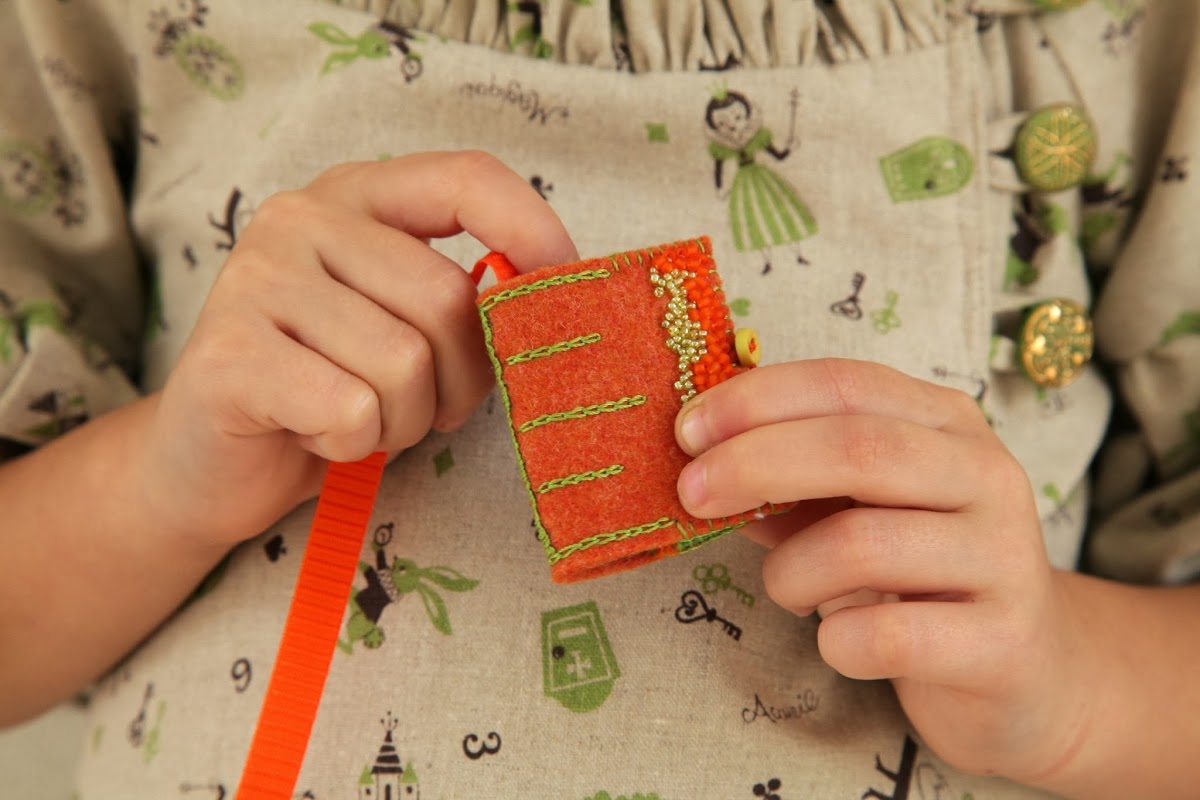 That didn't stop me from sewing a book, though.  I made a miniature book coat using the same tutorial as my big one from last year here, 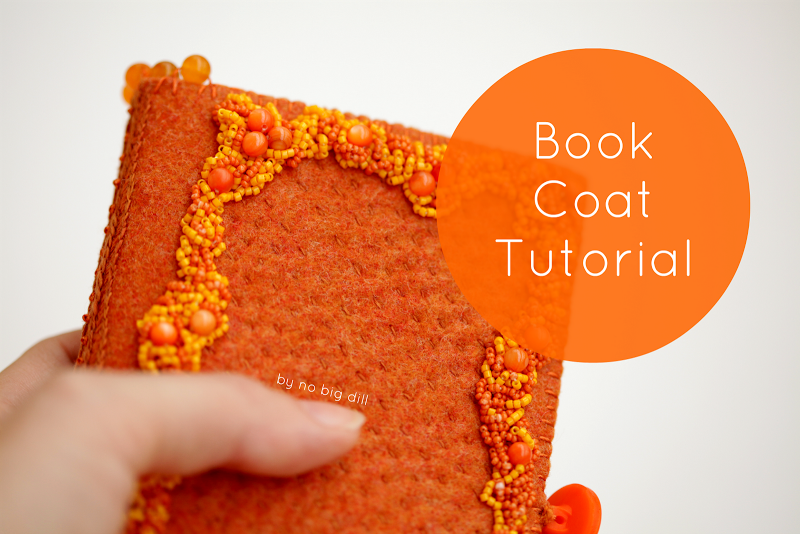 I just shrunk it, because miniature is better around here.  I sewed my own tiny book together (cut up some paper with a cardstock outer page and stitched down the middle and folded in half), and was surprised how many pages my sewing machine could handle.  She's tough.  And look at me thinking ahead, we can actually take it out when Clover fills up the pages, or when the dress needs to be washed. (Pat on back).  I really can be practical.  On rare occasions. 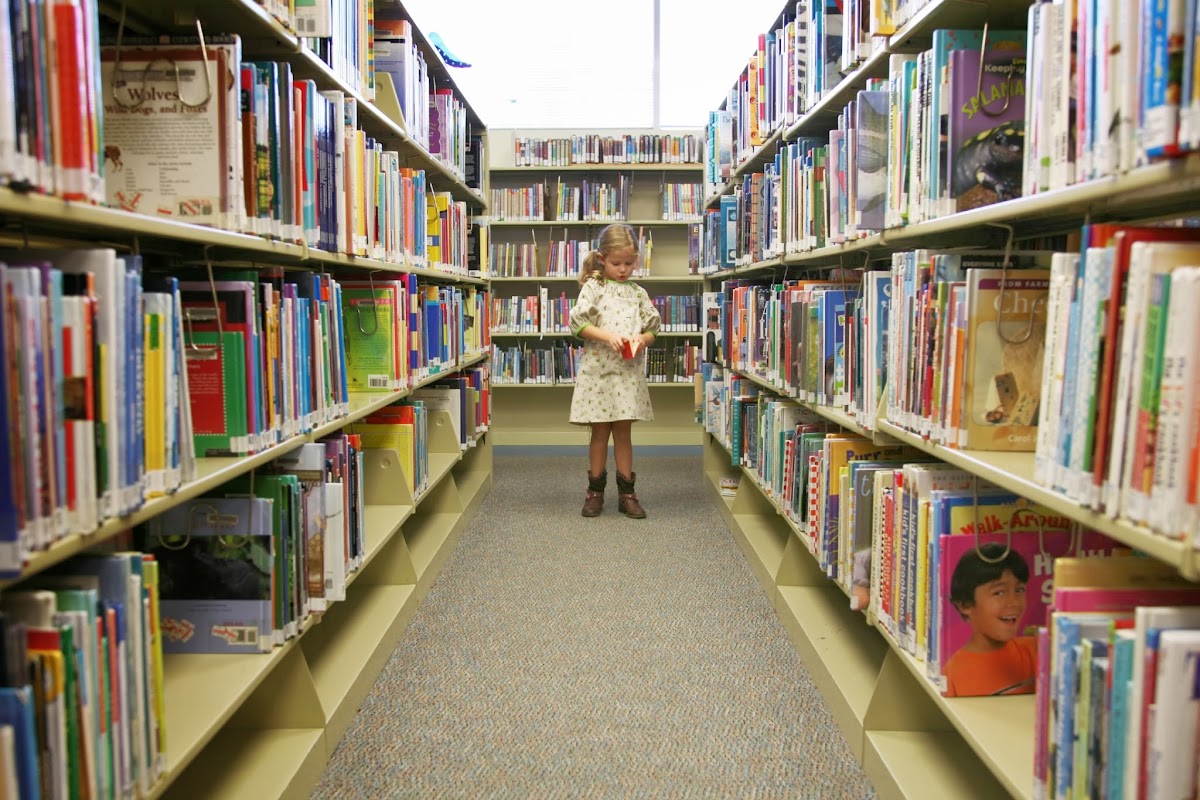 She also wanted more hearts than were already on the fabric, so I played with the embroidery options on my machine for the neck and arm bias (don't tell Clover, but I found 3 different heart-themed patterns, and that wasn't even looking through everything!) I thought this one was curly-cued just like the key. 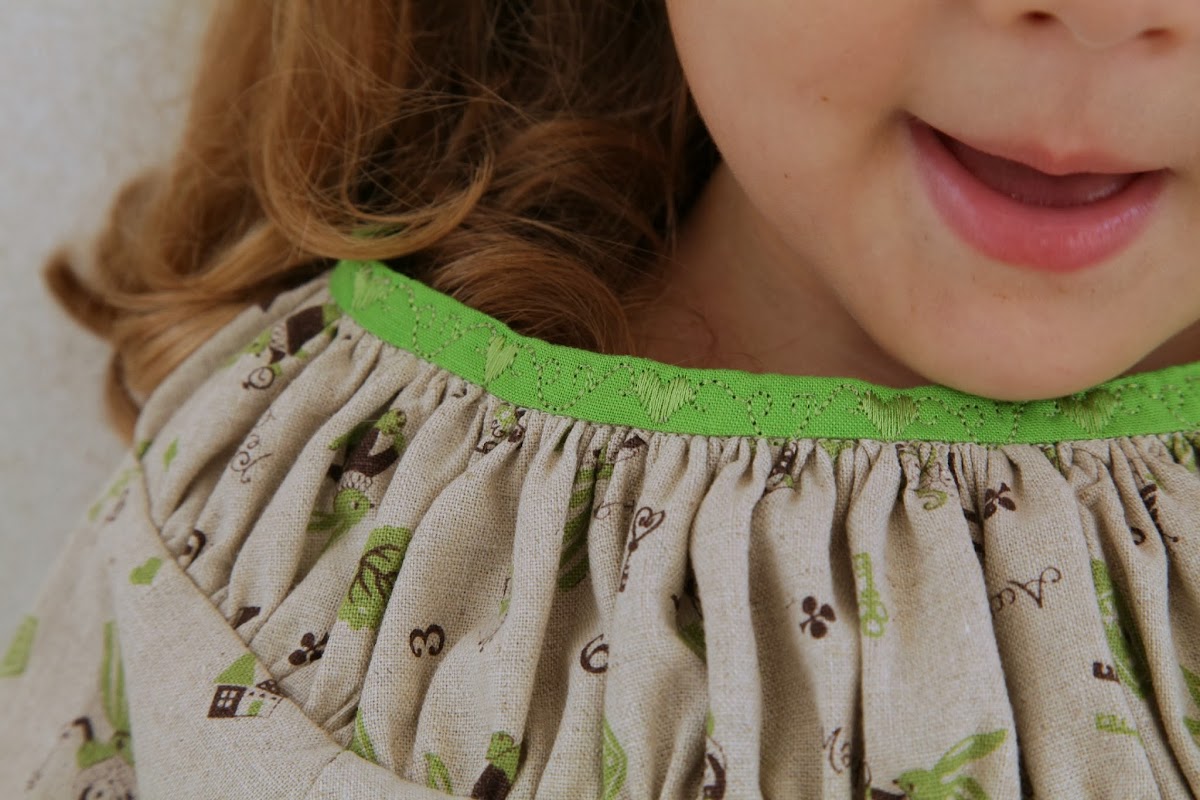 And, yes, I do feel a bit spoiled that the weather is still amicable to a little linen frock. 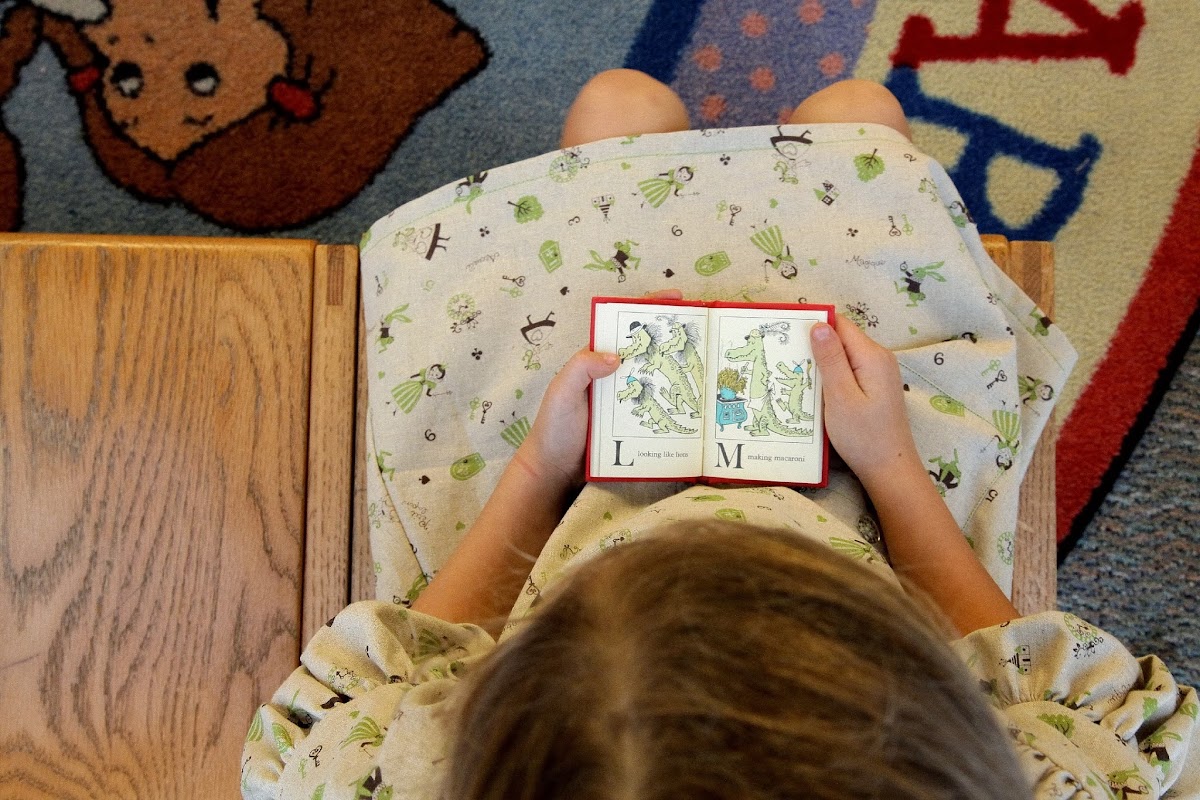 (Clover's Book) and then she drew a little clover. 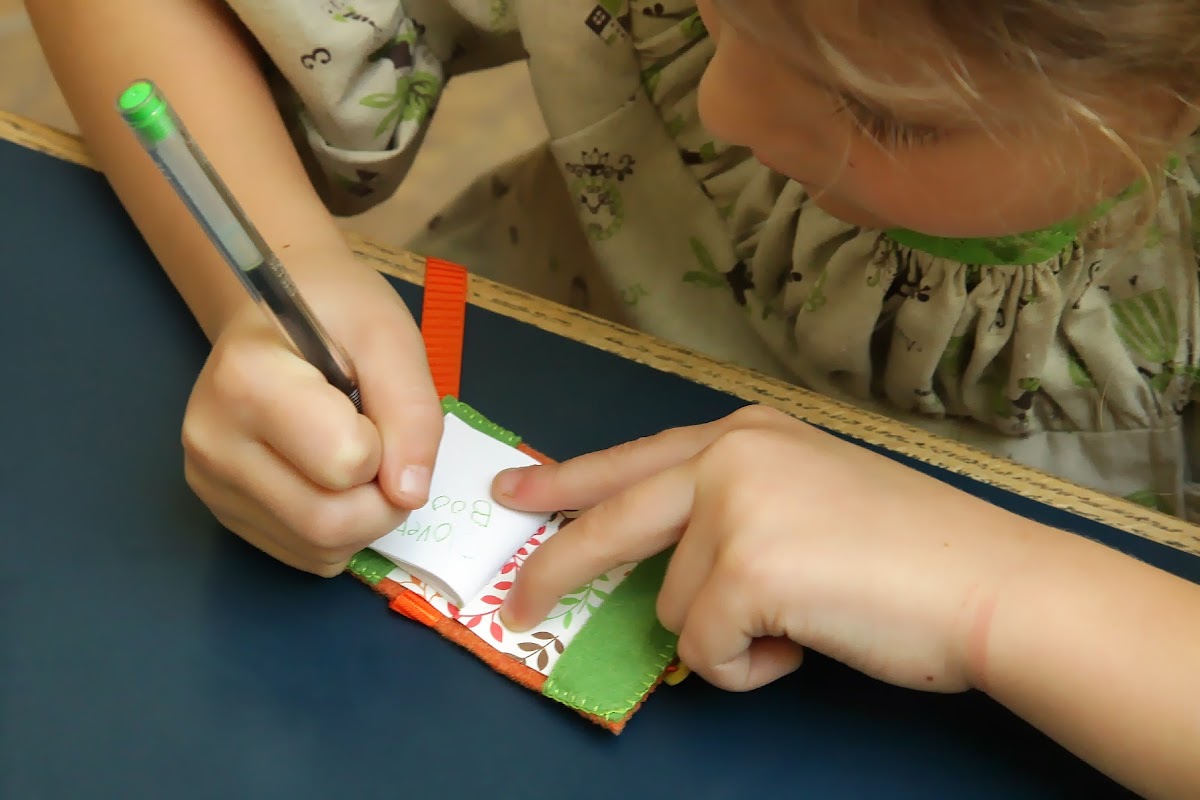 The fabric was a procurement from our trip to Japan a few years ago and the buttons are glass, all with a different gold pattern on each.  And I've got two extras, you know, because they're glass and she's 5. 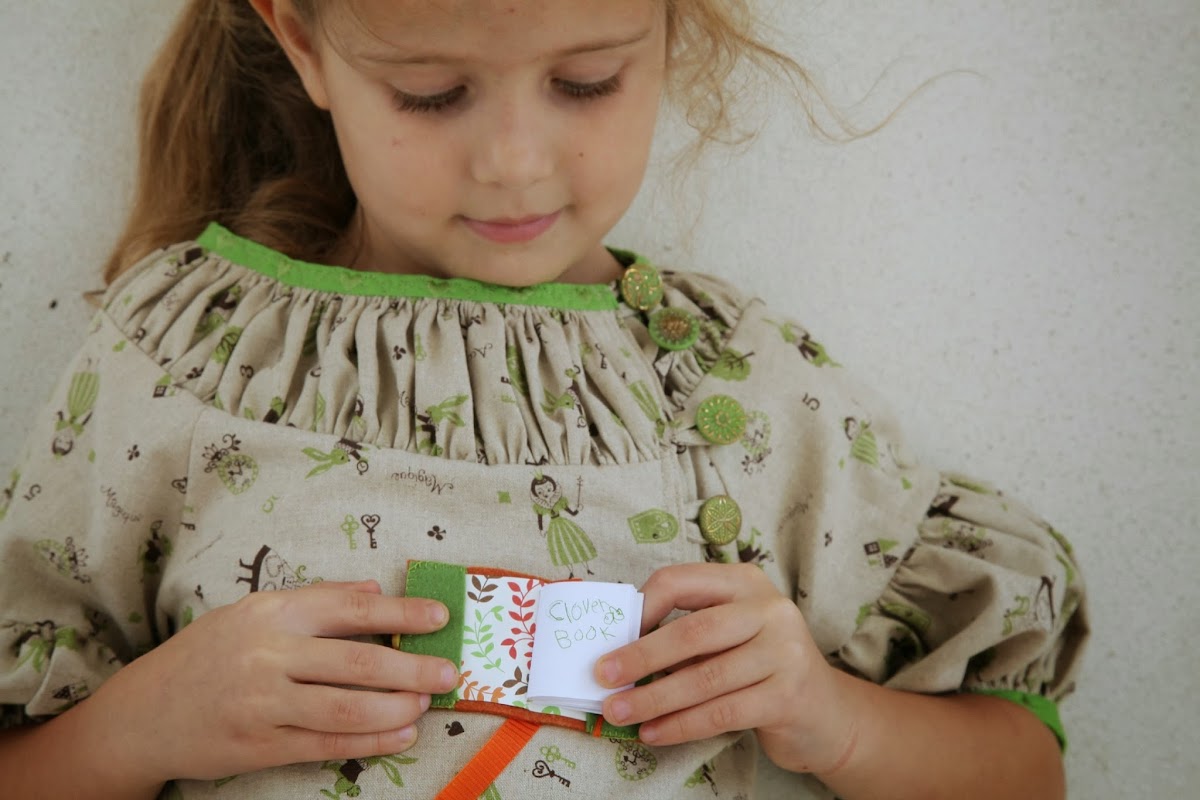 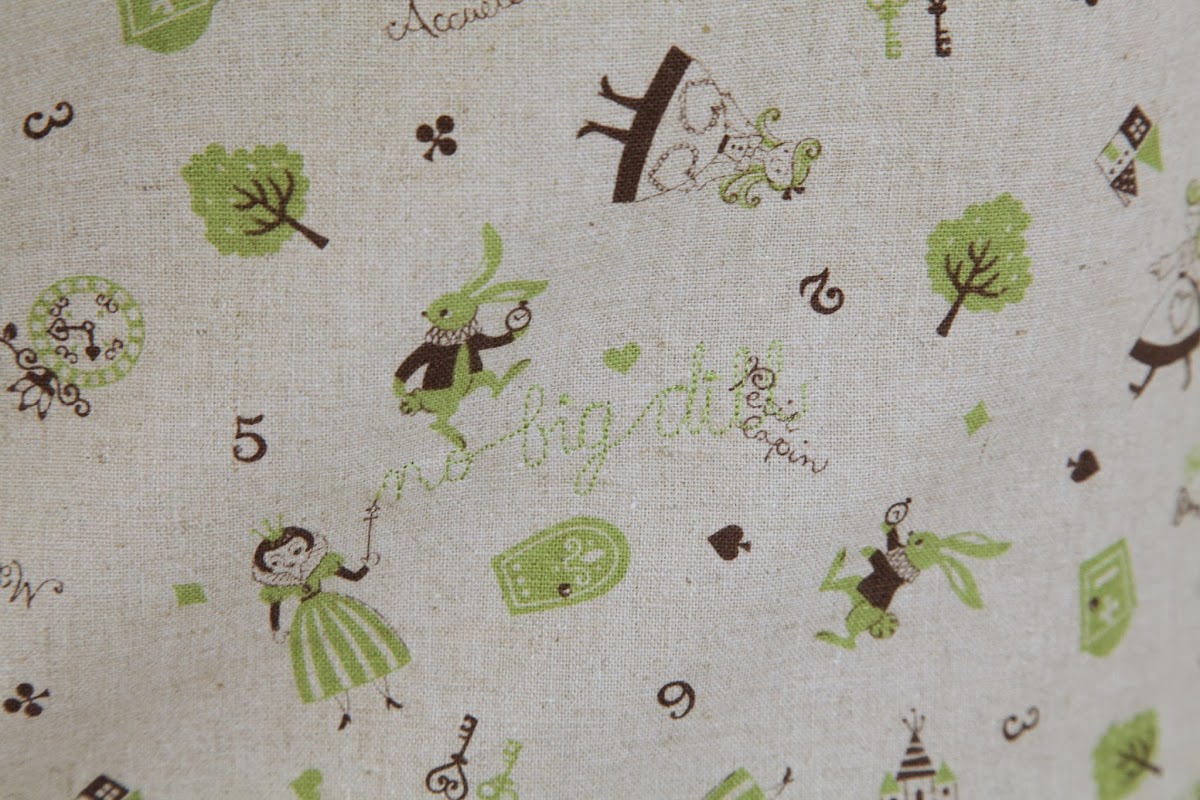 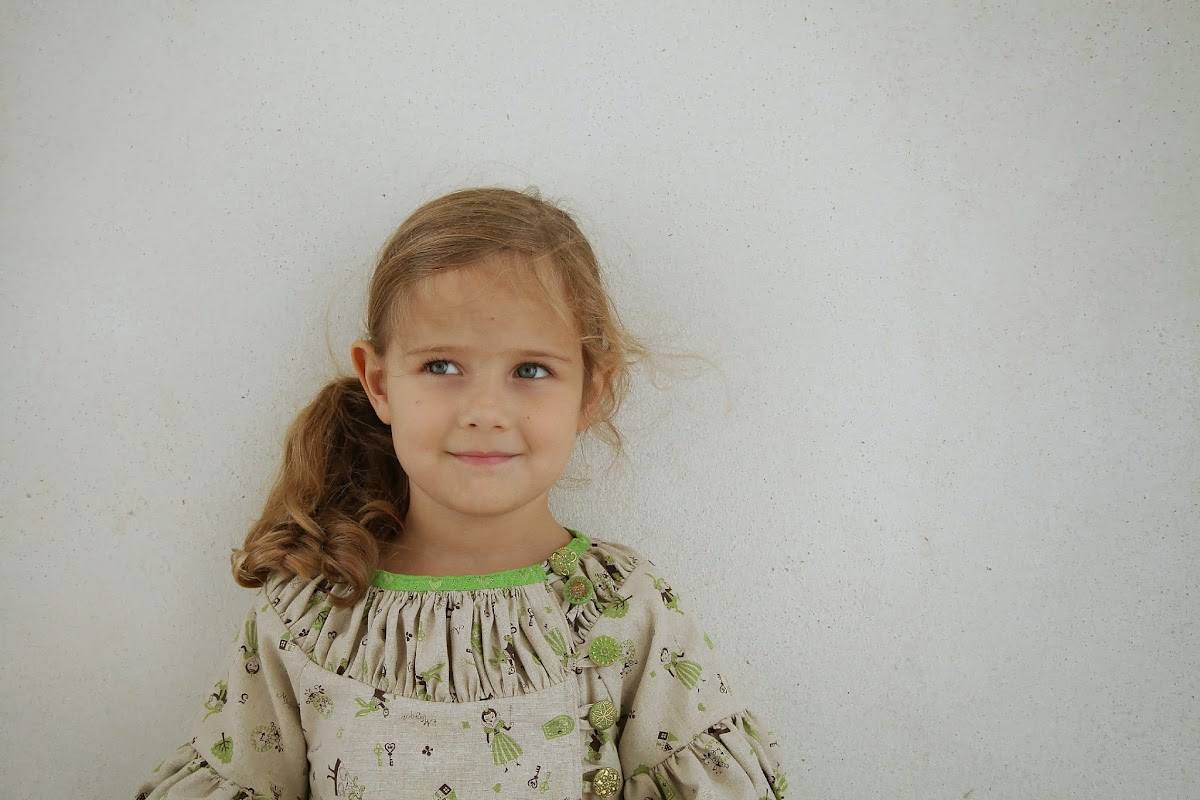 Happy belated L week!  And for those sewing along, I scheduled M week for next week since Thanksgiving doesn't even start with M.  ;)