Look at me on a roll.  Two consecutive posts. May momentum keep moving me! 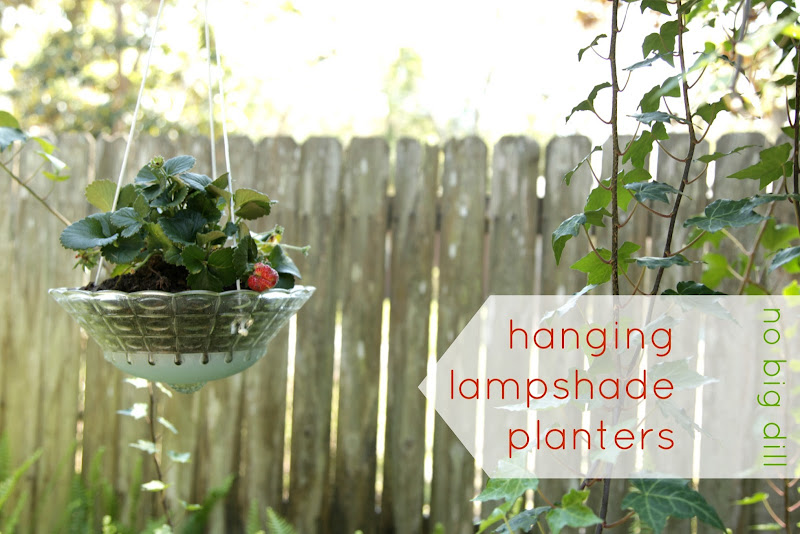 I never considered myself a romantic.  I've tried to be.  When I went to see Sense and Sensibility with my mom and sister in high school, I looked over at them during the movie, both had tears streaming down their faces.  I tried to squeeze out a tear, but if I succeeded, it was probably due to pain, poking at my eyes. 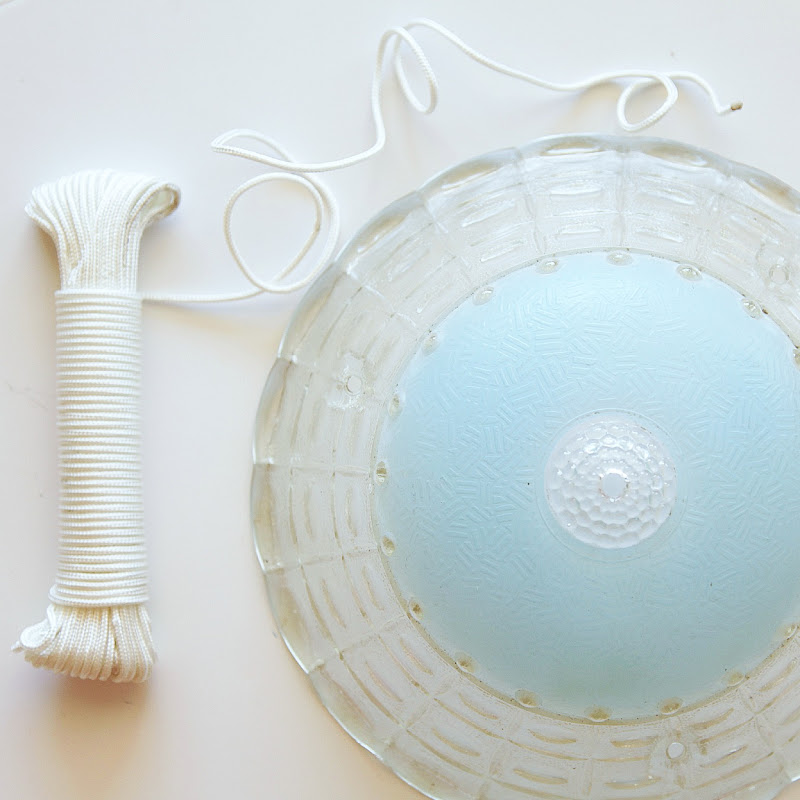 So, when Ryan asked why I was so hesitant about turning the carport into a garage, I think it took him by surprise when I said I didn't want to lose the little scenic sunny spot next to it, with the weathered trellis and the lacy ferns and the climbing ivy, where I was going to hang some plants.  Or maybe it didn't surprise him at all, because he's so used to being surprised by my whims that they're not surprises anymore. 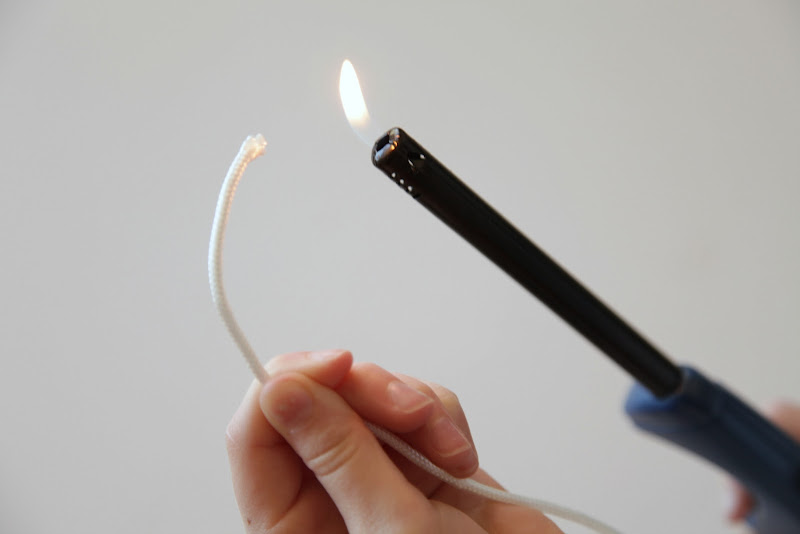 The garage was built anyway.  But, now, it's a bit of a secret garden.  I told Pearl she can bring a book and sit in the little Nook of Ferndom.  It still had the trellis and the ferns and the ivy, but it needed those hanging plants. 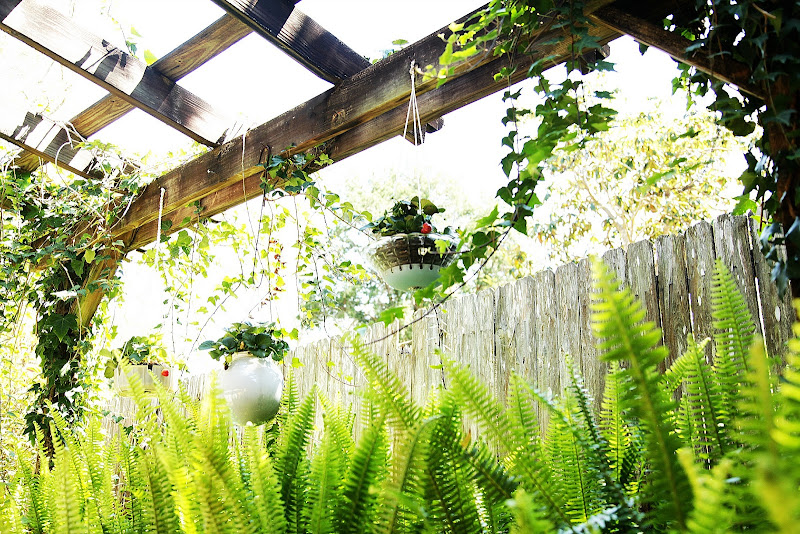 The previous owner had some plastic pots that I was going to spray paint and re-use, but they fell to pieces the second I touched them.  And mysterious creatures were used to living there that I didn't want to touch.  So, romantic plan B was born. It must have been the week I was picking out light fixtures for Magnolia Manor, because I had lampshades on my mind.  I began looking on ebay and was sucked in with all the possibilities.  I didn't want to pay a fortune, since I was just going to dump dirt in them.  I lost several bids, but I also wasn't too concerned about minor cracks and scratches, so I got some for amazing bargains. 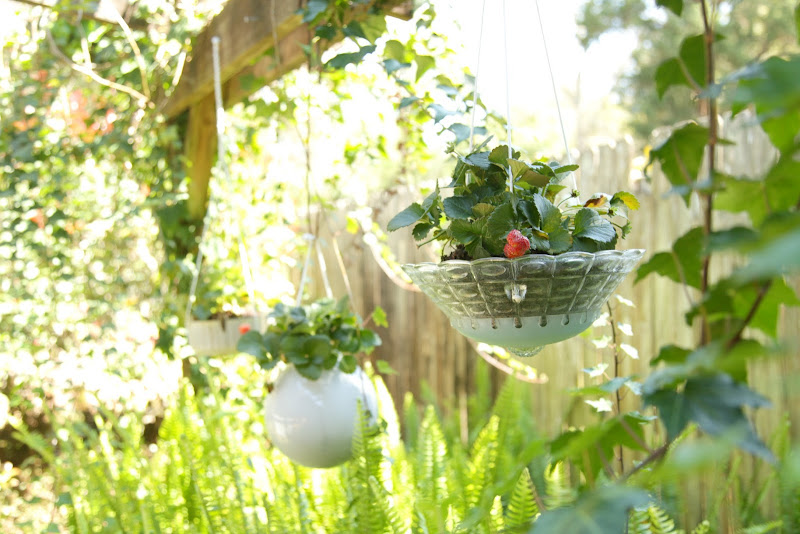 Here are a few tips:
〇 Use "glass ceiling lampshade" as a search term to weed out regular old lampshades.
〇 You want them to have holes in the bottom, where screws and hardware were used to secure them for draining purposes.
〇 The middle one I got at Home Depot for just a few dollars and used a tile drill bit to drill 3 holes.  If you do this, make sure you go slow and steady, and that your glass isn't really thick, or you'll be kicking yourself.  Or the lampshade.
〇 Look for something with a wide opening.  The center one was a bit narrow and I had a hard time getting the strawberry plant inside.
〇 I used nylon rope that won't deteriorate or discolor as quickly as something natural.  Use a lighter to singe the ends to keep fraying at bay.
〇 Be creative in how you secure the rope.  Some of them I braided with 4 strands, others I just knotted together.  Or if you have some mad macrame skills, this would be a good time to break those out. 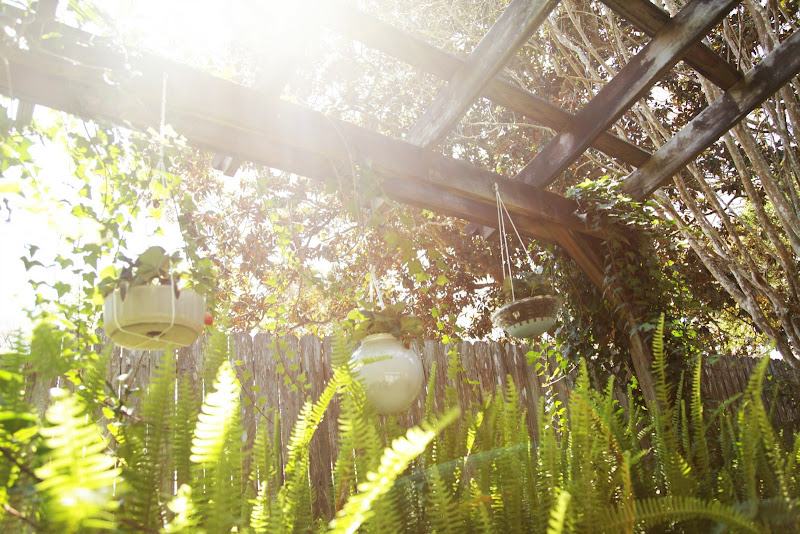 These would also be neat inside by a window, or used to hold fruit or other objects (which, in that case, wouldn't require holes). 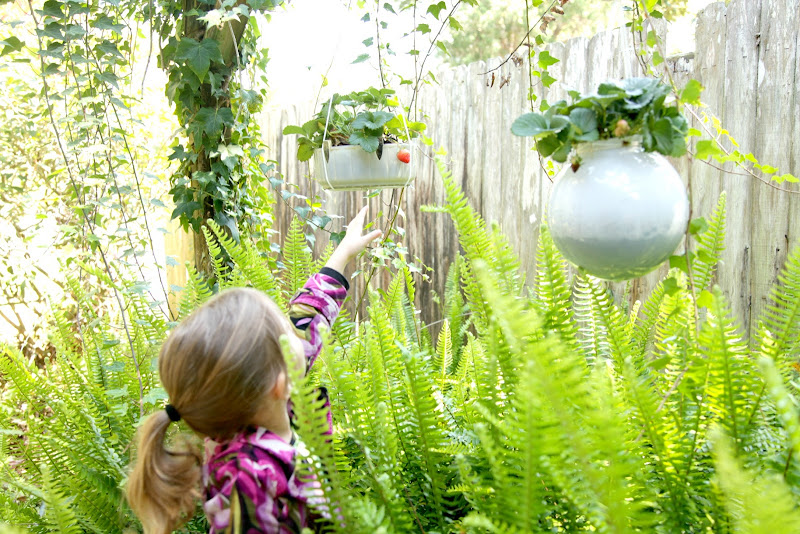 You'll note that I strategically placed them just out of Clover's reach.
More strawberries for me.


Created by No Big Dill