OUT Chapter 3: Jane of Buzzmills (and a giveaway!)

I have another first time OUTer here today, Jane of Buzzmills.  Jane emailed me and I remembered her from the OUT Chapter 2 and her little house project she submitted to the flickr group.  She told me about her idea for chapter 3 and I thought it sounded so fun and asked her to join in!  One of my favorite projects of hers is this fun bird pillow.  Cute, right?  Welcome, Jane! 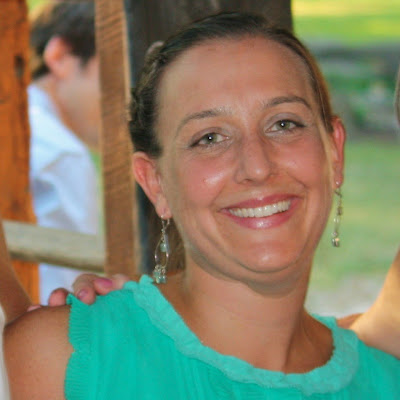 ✂ ✂ ✂
Hi there.  I am Jane from Buzzmills and l am so excited to be joining all of these wonderfully creative ladies for Chapter 3 of Once Upon a Thread!!  When Katy put a shout out back in April for OUT ideas I was thrilled to share my idea with her and even more so when she liked it!  You see, once you start thinking about Once Upon a Thread ideas, it sort of becomes addicting.  I am constantly seeing ways to make a children's book come alive now.
Today, I am going to share one of our favorite books with you:  "Duck & Goose" by Tad Hills. This was one of those books that we got out of the library one day and then didn't want to take it back.  My son, Henry, constantly wanted to read it.  After taking it out of the library three times and countless renewals, Santa decided that it was time we had our own copy and a Duck and Goose to go with it! But what could make the whole book reading experience more fun and comfy?  Why a Rollie Pollie of course! The story is about a Duck and a Goose who don't know each other at first and who both, at the same time, stumble upon something interesting... They begin to argue over the new Egg that they found... "I touched it first" said Goose. They both have some different ideas... They decide that they must keep the Egg warm, and after a flurry of fussing, grunting and groaning, slipping and sliding, honking and quacking They both ended up on top of the egg, back to back together, keeping the egg warm While they did squabble at first, eventually, since they sat and sat and sat on the egg for a long time, they began to like each other and became friends... Then a little bird came by and asked if she could play with their ball... "Did she say ball?" And the new friends stopped protecting the egg and began to play with each other... To start, I used Dana's (of MADE) large pattern for the Rollie Pollie.  I wanted it to be big enough for both kids to sit in and read, which works great right now... And, big enough for them to grow into...
That being said, the large Rollie Pollie takes a LOT of fabric!  I searched and searched for fairly inexpensive white cotton twill and I ended up at Ikea... These curtains cost me $25 and it was exactly the right amount of fabric for both the insert and the slipcover for my Rollie Pollie.  You do have to be a bit exact on your placement of your pattern pieces, but it does work (even after a bit of shrinking from washing...) Sadly, it's hard to see here, I apologize.  But, if you place your end pieces in the middle and the side pieces next to them, it will look a bit like an airplane propeller, it works.  You will have a tiny bit of leeway because the end pieces for the slipcover will not be cut from the twill.
To make the "dots" I essentially treated them as very large appliques.  Initially, I had thought of simply painting the dots onto the Rollie Pollie using freezer paper, but paint can be scratchy and Rollie Pollies should be comfy, not scratchy right?!  I used fine wale corduroy and fleece for my fabric.  I love playing around with textures when I am making things for kids and these fabrics are so soft and snuggly.  You will need fabric in orange, red, and yellow, approximately 1/2 yard of one color and 1 yard of two colors.  Using the Rollie Pollie pattern you will need to cut one end piece out of each of your 1 yard colors.  Also, use one of these colors to make your handle.  Once you have cut your end pieces you will need to cut out eight more circles.  You will have one color that is a bit under represented, but you won't notice...(my end pieces were red and orange, and for the rest of the dots I used three yellow and orange and only two red.)
To cut my circles I found a large serving platter Which was 14.5" in diameter and the perfect fit! Once all of my circles were cut I adhered Heat N Bond to the back so that I could later attach them to the side panels of the Rollie Pollie.  It is much easier to sew on such big pieces if they are attached to the fabric first (instead of pinning), not to mention the Heat N Bond helped adhere the entire "dot" onto the panels, which will make it more sturdy and less likely to tear.  (Perhaps I could have used quilting spray adhesive, I'm not very familiar with that, plus I had Heat N Bond on hand.)
Once all circles have Heat N Bond ironed onto them lay them on your panels with the top one a couple of inches away from the left and top edges and the right one a couple of inches away from the right and bottom edges (leaving room for the seam allowance, 1/2"). Lay your dots out in a pattern (see below). and then cut the circle right where the zipper is so there is a part of the circle on either side of the zipper. Once you have your circles laid out the way you want them, iron them in place and then sew around the edges.  Then, follow the pattern directions to finish your Rollie Pollie, using your other two larger "dots" as the end pieces.
You probably noticed, that I had all of my panels sewn together when I was laying out my circles...Well, you know when you have one of those moments when you think and think about something and decide what the correct approach should be and then when you've gone to far, to the point of there's no turning back, your realize you made the incorrect decision after all, this was one of those times ;)  So, take it from me, sew the circles on first and then sew your panels together!  It is possible to do it the way I did it and it still looks great, it is just a lot more cumbersome and tedious and takes a longer!
So, there you have it!  Your own Duck and Goose egg, ahem, ball! Thanks again for having me here to share Katy, it's been a lot of fun!

✂ ✂ ✂
What fun, Jane!  The giant polka-dots are darling.  And Dana's Rollie Pollie pattern is always a fun one.

And guess what?!  Dana is giving away 4 of her patterns to my marvelous readers!  Yes, you!  Always wanted to make one of the Rollie Pollies?

✪ Leave a comment to be entered into the giveaway.
✪ Please leave your email if it's not linked to your profile.  Pretty please :)
✪ Open until Saturday!
Created by No Big Dill