A few weeks ago Divine decided she wanted to do "Safety Patrol" at school.  Safety Patrol involves assisting the kids in and out of the cars before and after school in the car line.  As much as I appreciate those "older" kids helping open doors and wishing us a great day, it's more of a social status among the elementary school students, you know, getting to don those construction orange sashes, going to class late and leaving early--such attractive perks, right?

I told her we barely get to school on time as it is and that if she wanted to stay after school I preferred that she do something that was improving herself instead of holding doors and waiting around.
She did not take my answer without tears.  But then she decided she wanted to join the band with practice after school every day.  I asked her what she wanted to play.

The flute.
Surely you'd rather play the harp.  We have two harps.  Wouldn't you like to play the harp?  Who else has harps at their fingertips?
We concluded that the draw to both of these activities were the novelty and the social aspect, neither of which were in the realm of harp playing.
That's when we took it to our parents.  My dad replied in a very succinct email: Playing the harp was your dream.  The flute is hers.
Fair enough.  I assumed that any daughter of mine would want to play the harp.  It's what they've known.  But I've learned a very important lesson with children: never assume anything.  So, Ryan took her to the music store to get one of the prettiest shiniest instruments around.  She has taken to it like, as they say, a fish to water.  She's been playing for only 3 weeks and generates some pretty serious sound from it already.
I ordered some Christmas duets:  Flute & Harp.  Have you ever heard those two instruments together?  They are complimentary to one another.  She has been practicing non-stop, learning to play new notes for the first time and trying to play up to tempo.  I don't know if we will perform for anyone except those under our roof, but we will enjoy and appreciate the process of coming together. 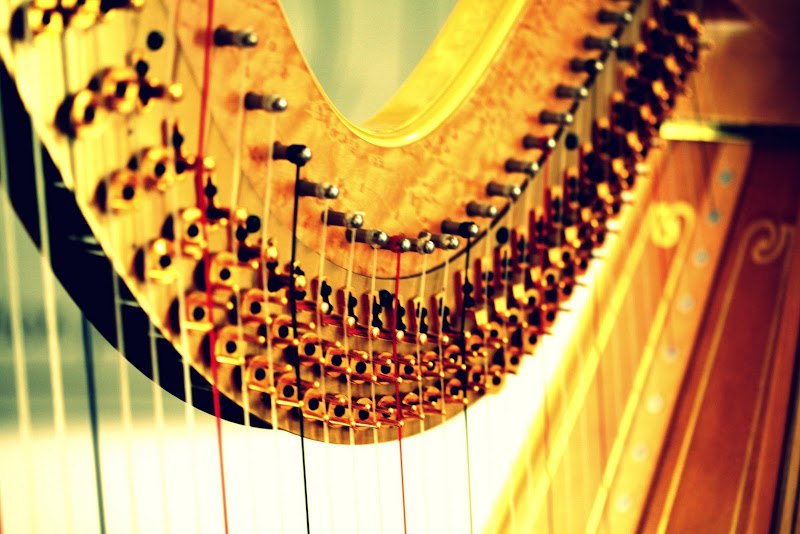 So, I've learned something else: it is more important (and most likely enjoyable) to try to harmonize with your children, because the beauty of a duet, two instruments dancing with each other, learning the nuances of each other creates a performance that you both enjoy, learning to celebrate and respect your differences.
Plus a flute is 1,392 times easier to move around than a harp. Just ask my dad and Ryan.
Created by No Big Dill